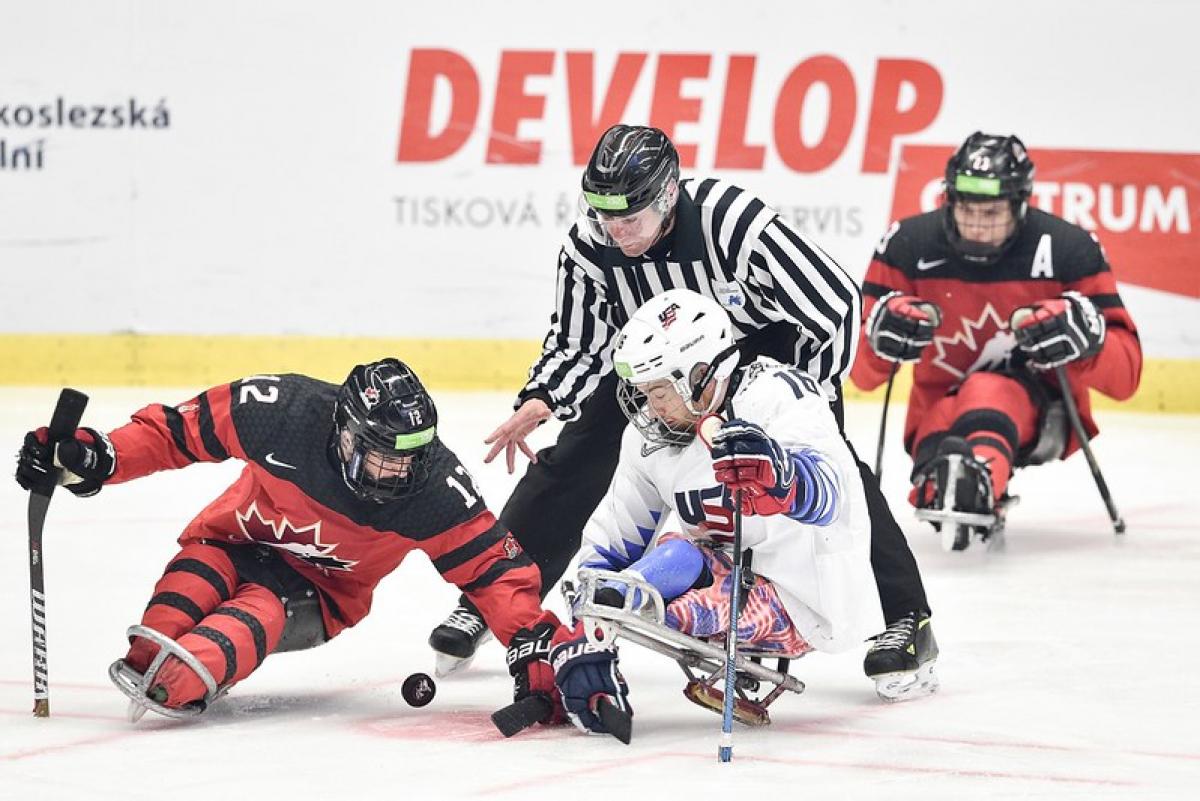 The world’s top-two ranked para ice hockey teams, No. 1 USA and No. 2 Canada, will face each other in a friendly two-game rivalry series this week in Elmira, Ontario.

The series, taking place at the Woolwich Memorial Centre, will include games on Thursday (13 February) at 11:30 ET and Saturday (15 February) at 18:30 ET. There will also be six on-ice practices open to the public.

This will mark the first time the two teams meet since Paralympic and world champions USA beat Paralympic silver medallists Canada in the gold-medal game at December’s Canadian Tire Para Hockey Cup. The USA defeated Canada on two occasions at that tournament en route to capturing its unprecedented sixth straight title at the event.

Canada is led by 11 players who were a part of its team at the PyeongChang 2018 Paralympics, including star defenseman Liam Hickey and veterans Greg Westlake and Billy Bridges.

“In a year where we don’t have a world championship to focus on, it’s important for us to face high-calibre competition as much as we can,” Canada’s head coach Ken Babey said in a Hockey Canada statement. “This series is an important part of developing our athletes and providing them competitive challenges as we continue to build our capacity. Our group has shown amazing growth through this season, and I’m excited to get back on the ice to see what we can do against the US.”

The USA is anchored by the forward duo of Declan Farmer and Brody Roybal, along with rising star Jack Wallace.

“It's always extremely competitive when we play Canada,” said US head coach David Hoff in a USA Hockey statement. “We're excited to get everyone back together and have a good, solid week of hard work. I was pleased with how we tackled Canada back in December and hopefully we can keep that mentality heading into Thursday's game."