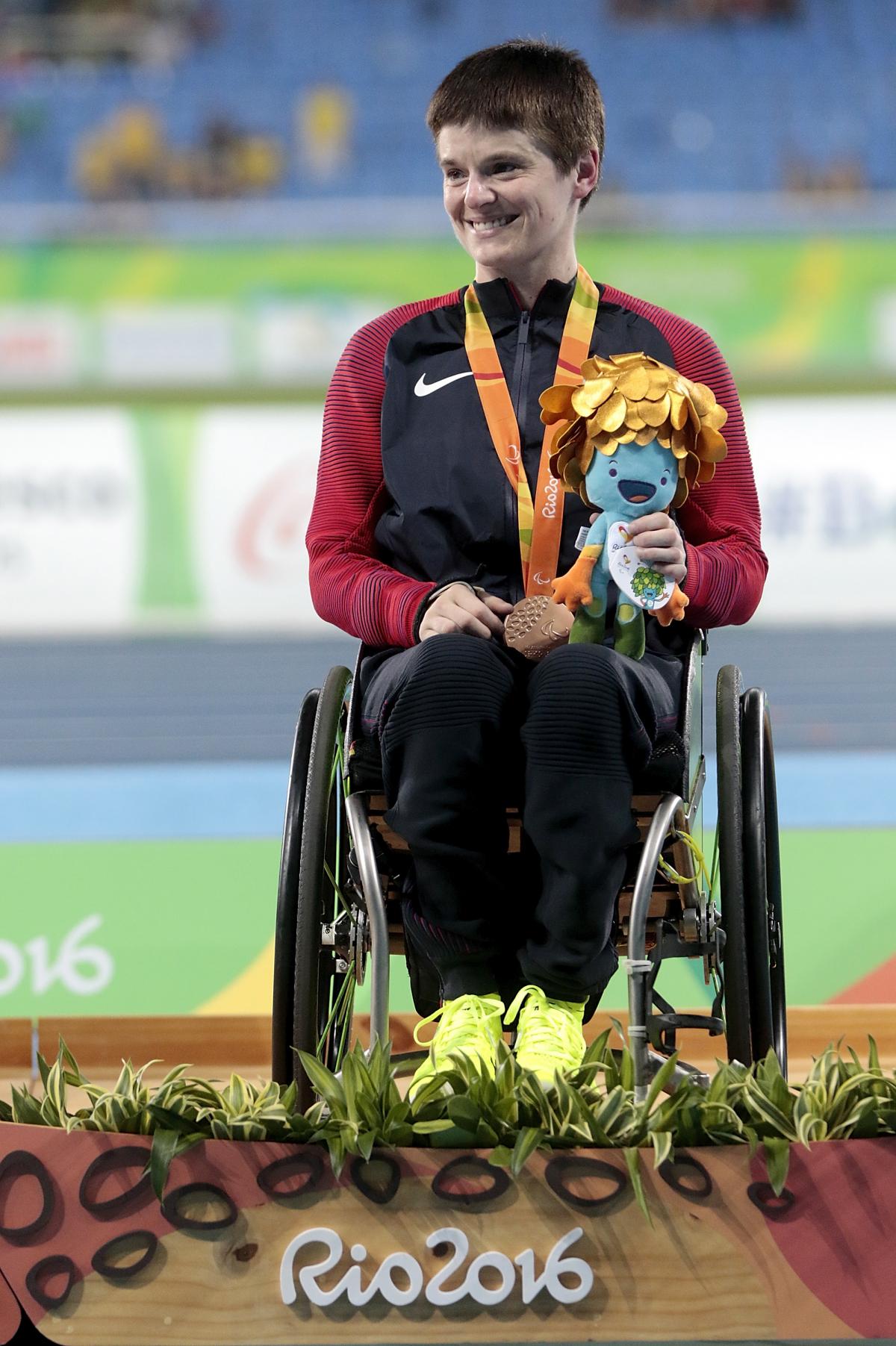 The USA's Cassie Mitchell won a bronze medal in the women's club throw F51 at Rio 2016.

US wheelchair Para athlete Cassie Mitchell broke a 28-year-old world record on Saturday (13 May), the second and final day of competition at the Arizona Grand Prix in the USA.

A discus silver and club throw bronze medallist at Rio 2016, Mitchell has been competing in elite-level Para sport for a number of years - in 2011 she also won a Para-cycling world title.

Other US Paralympians also made their mark at the Arizona meeting – the fifth World Para Athletics Grand Prix of the 2017 season.

Visually impaired sprinter David Brown (11.31), who like Wallace won over 200m a day earlier, also secured his second win of the Grand Prix with victory in the men’s 100m T11.

The reigning Paralympic and world champion was the only sub-12 second athlete with Lex Gillette (12.00) in second place.

The 23-year-old, who won double gold at Rio 2016, lost out to Japan’s double Paralympic silver medallist Tomoki Sato in both events.

In fact, many Para athletes achieved multiple wins on the Joe Selleh track.

Cassie Mitchell added to her track success with a win in the field too. Her opening effort of 12.85m in the women’s discus F51 proved enough to seal the win ahead of US rival Rachael Morrison (12.10m).

Daniel Wagner also added to his 100m win as he came out on top in men’s long jump T42 – an event that saw the world record smashed five times last year.

Wagner, who won the European title eleven months ago with what was then a world record 6.70m leap, won in Arizona with 6.10m. Japan’s reigning world champion Atsushi Yamamoto was second with 5.94m.

Only 34 cm separated the top two in the men’s discus F44 but it was US Paralympic champion and world record holder David Blair who came out on top once again with a best of 61.91m. World champion Jeremy Campbell was second with 61.57m.

Full results of the Arizona Grand Prix can be found here.