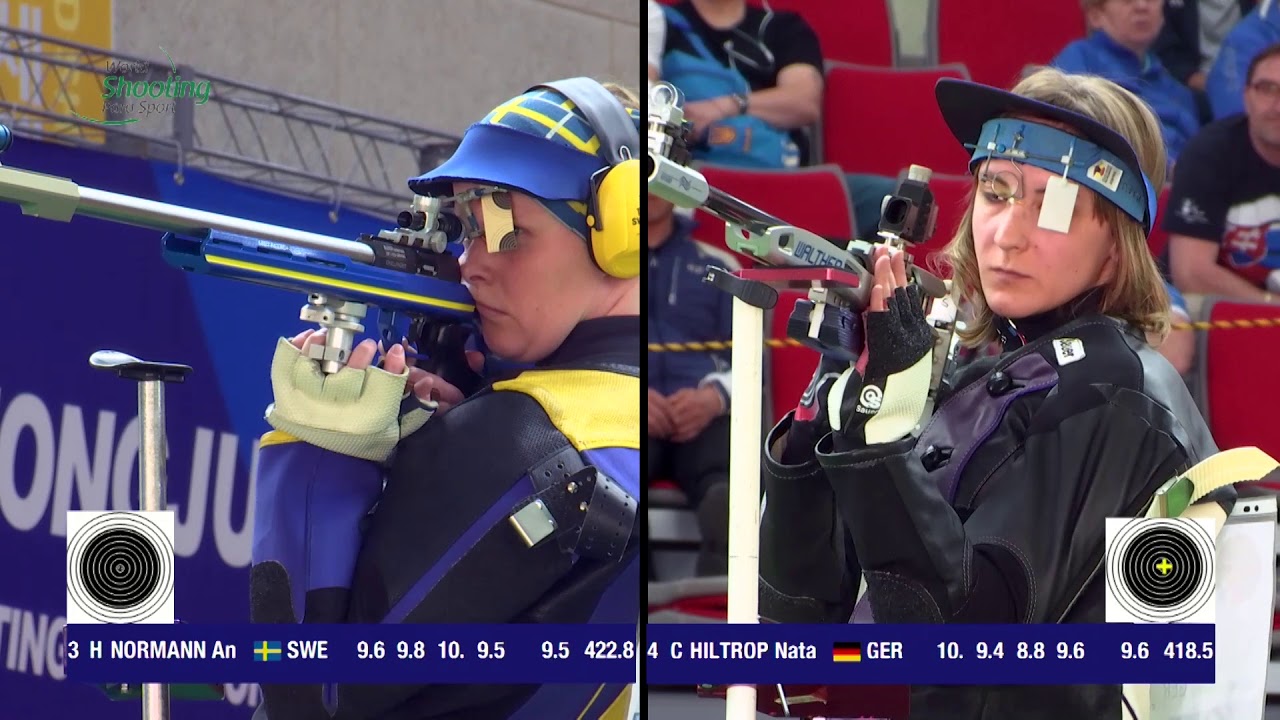 Veronika Vadovicova rested her head against the wall before the medals ceremony.

The Slovakian had survived a tiring day – and week – to win her second gold medal at the 2018 World Shooting Para Sport Championships on Thursday (10 May), day seven in Cheongju, South Korea.

The R8 is regarded as one of the more physically demanding disciplines, with athletes shooting from the kneeling, prone and standing positions.

Amid shoulder pain and a week of competition in Cheongju, Vadovicova said she took her mind off winning – which might have been her advantage.

“Today was a very hard day because it is a physical discipline, and the last competition for me,” Vadovicova said. “I am very tired. I spoke with Anna, and she was also very tired. It was hard for all the women in the finals.”

“I had problems with my shoulder. So today, I was not going to shoot for the gold medal, only free shooting and more of training.”

She said her results were not how she would normally score, both in the qualification round that took place earlier and in the finals.

Vadovicova finished with a final score of 453.9, 5.5 points off the world record she set in March in Al Ain, UAE.

World record or not, her victory adds to her gold from Tuesday’s R3 (mixed 10m air rifle prone SH1), where she did set a world record. The Slovakian also claimed silver in the R2 (women’s 10m air rifle standing SH1).

A pair of silver medals in Cheongju still marked success for Normann in her World Championship debut; she secured silver in the R6 (mixed 50m rifle prone SH1) on Monday.

The Swedish athlete was not in the top four after the first elimination round was complete, but she climbed back until it was only her and Vadovicova left.

Vadovicova shot a very low 9.3, which left room for Normann to steal the win. But she matched Vadovicova’s score to finish in second place.

“It was really hard to shoot today. The wind in the qualification range was hard. So when we got to the finals, we were all really tired,” Normann said.

“I’m a person who never gives up, so I kept pulling through.

“I know kneeling is my weakest. So I know in kneeling, if I am not in the last position, I have a chance for a medal. I know that prone and standing are my better positions.”

Normann added that she will compete in the military World Championships later this month and will bring over confidence from Cheongju: “I am taking away two really good matches from here.”

After the medals ceremony, Zhang approached her long-time rival Vadovicova for a congratulatory handshake and a photo together. The Chinese athlete had beaten Vadovicova for the gold twice in the R8 – at the Rio 2016 Paralympics and the 2014 World Championships.

But After Thursday, there is a new world champion.

Although it is not a Paralympic event, Norberg said the win still carried significance.

“I think this means I finally got the shooting to work at that final moment, which I didn’t really do in [my other two] finals,” Norberg said. “At least I know what to practice on when I get home.”

South Korea finished with the P5 team gold and Ukraine the silver.

All finals will be streamed live at www.paralympic.org/cheongju-2018.

Daily highlights and photos can be found at www.facebook.com/shootingparasport.