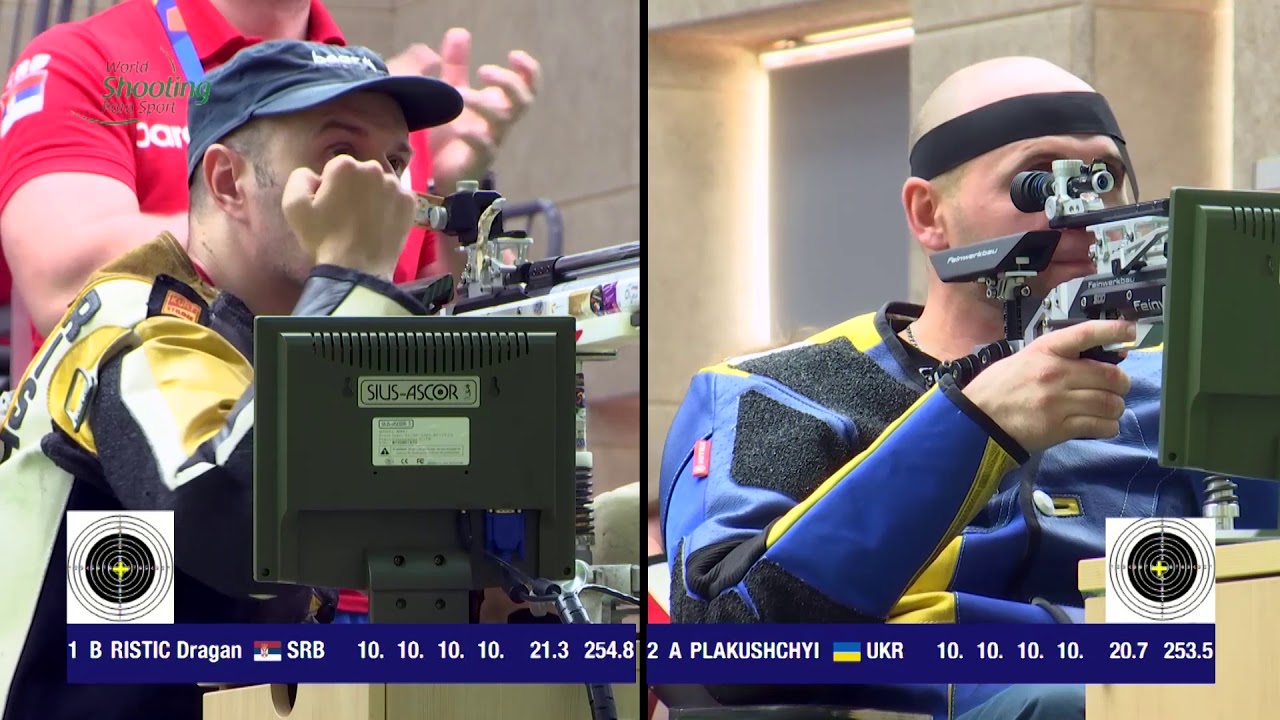 Serbia’s Dragan Ristic took back his gold medal from eight years ago on Wednesday (9 May) at the 2018 World Shooting Para Sport Championships in Cheongju, South Korea.

“It has been a long time since my last gold medal and this moment, I cannot say any words to describe it. I worked hard for [the] last four years from the last World Championships and now I see it pay off,” Ristic said.

“I changed a few things in my technique since but the huge change was my feelings and confidence.”

Comparatively, Plakushchyi entered the scene only three years ago and competed mostly on the World Cup stage.

“It was Plakushchyi’s first finals, and so a lot of pressure was on him,” Ristic said. “Because of my years of experience, I was able to stay calm. But I want to say congrats to Plakushchyi because this is his first World Championships and the silver medal is a success.”

The 37-year-old Ukrainian was in complete control and looked bound for gold. But the turning point came when he shot a low 9.9 that gave Ristic a 0.1 advantage.

Plakushchyi later was able to tie for the lead. But Ristic’s bullseye bumped him up, and his Ukrainian counterpart could not match it.

“I did my best in the qualification and it was my personal best result, and this day has been quite an achievement,” Plakushchyi said.

“At that moment [9.9 score] I was physically and morally exhausted, but that score pushed me and woke me up a little bit,” Plakushchyi said.

Ristic’s final shot was a 10.8, and his loader and coach Pajic Vladimir raised his arms in celebration and kissed Ristic on the cheek before turning around to congratulate Plakushchyi.

“We worked together around eight years, and for me this is one of the biggest successes in my career … and this is a special moment and my feelings are — boom!” Vladimir said.

Ristic won the R5 silver at the last Worlds in Suhl, Germany. But he has not reached the Paralympic podium, nor did he reach the finals at Rio 2016. But Tokyo 2020 is on his radar, and Cheongju 2018 is the first stop for many athlete on the road to those Games.

“I think Tokyo will be some crown of his career because after all of his experiences and all of those medals and history, I think we can expect a medal,” Vladimir said.

Cevic’s medal was also a special moment, as the Turkish athlete was at Rio 2016 but did not reach the finals.

In the R5 team event, Serbia won the gold, Italy the silver and Thailand the bronze.

The Cheongju 2018 World Shooting Para Sport Championships continues on Thursday (10 May) with R8 (women’s 50m rifle three positions SH1), and runs until 11 May.

All finals will be streamed live on Cheongju 2018's website.