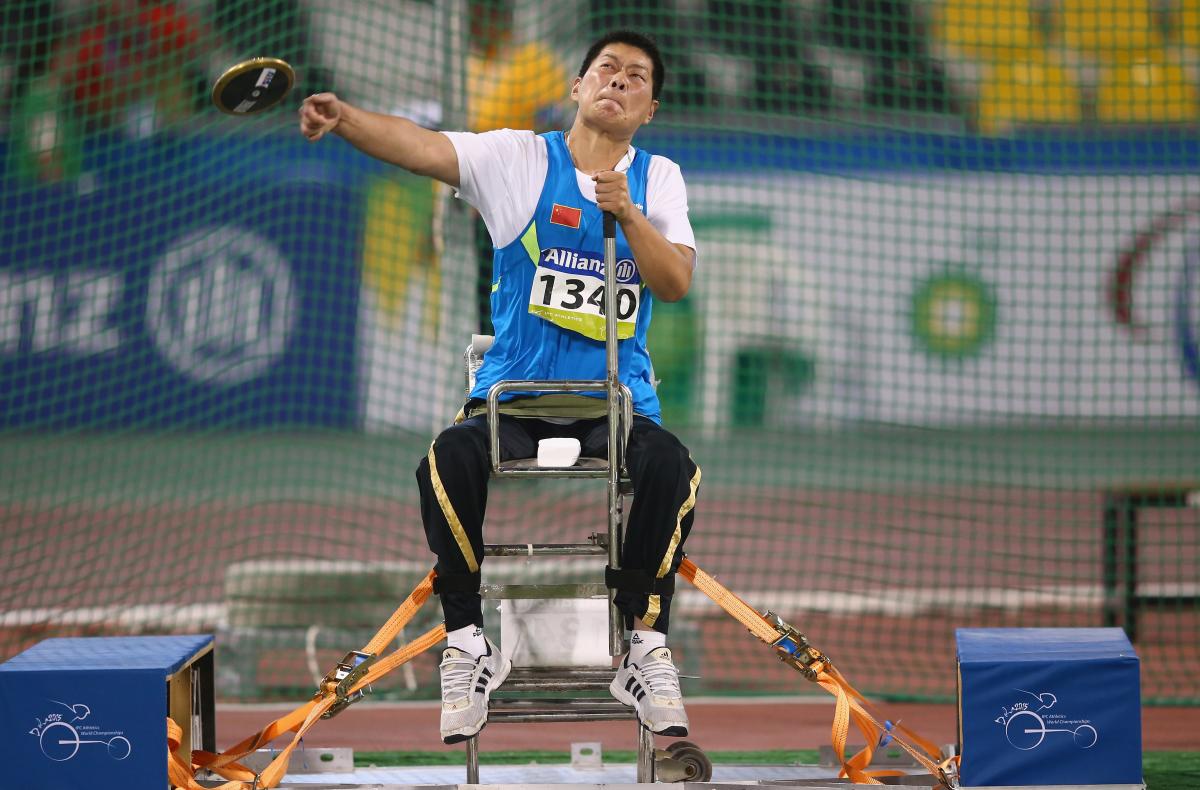 China’s Paralympic stars continued to make their mark on the third and final day of competition on Monday (15 May) at the Beijing Grand Prix.

With less than nine weeks to go until the start of the 2017 World Para Athletics Championships, many of China’s leading Para athletes have made a big impression over the three days of competition – particularly in the field events.

Yang, who won silver in the javelin at the 2015 World Championships, threw 17.55m – three centimetres farther than her best at Rio 2016, where she finished fourth.

Multiple world and Paralympic champion Juan Yao failed to get near her world record mark of 40.51m in the women’s javelin F44, but 34.63m was enough for the win.

Reigning world champion Chunliang Guo’s opening round throw of 52.42m – his only valid mark of the competition – was enough for gold in the javelin F46.

China’s two-time triple jump world champion and world record holder Fuliang Liu showed he’s still the man to beat as he hopped, skipped and jumped his way to gold with a distance of 13.90m in the triple jump T47.

Back out on the track, world bronze medallist Dongdong Di clinched his third gold of the Grand Prix with a win in the 400m T11. The 23-year-old clocked 53.89 seconds to go second in the world rankings behind Brazilian Daniel Silva.

Double Paralympic champion Jianwen Hu also notched up his third win in Beijing as he took the tape in the men’s 400m T37/38 in 57.58.

There was gold for Thailand’s Kewalin Wannaruemon (1:15.12) in the women’s 400m T11 as China’s reigning world champion Cuiqing Liu failed to start.

The 2017 World Para Athletics Grand Prix series continues in Paris, France from 30-31 May.