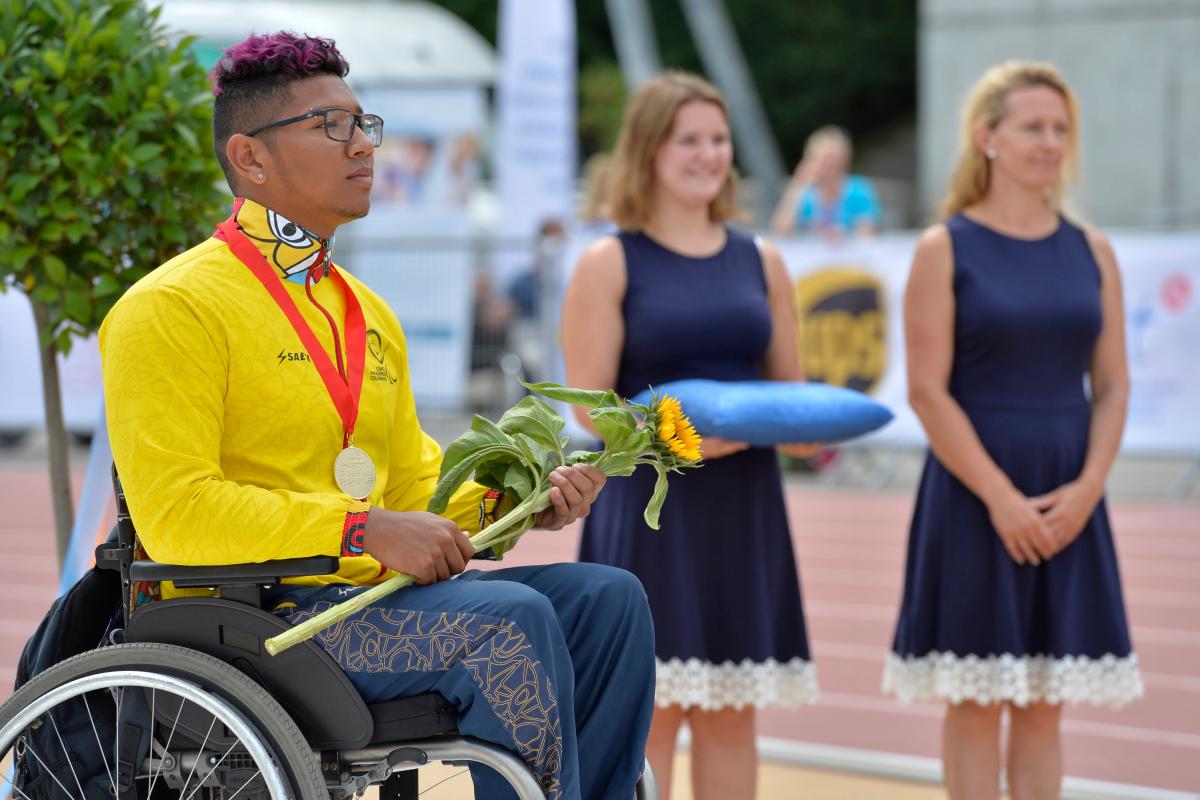 Colombian field athlete Diego Meneses has been named the Americas 'Athlete of the Month' after claiming three golds in the men’s shot put, javelin and discus throw F32-F34 at the Nottwil 2017 World Para Athletics Junior Championships.

In the public poll, he received 77 per cent of the votes.