Seventeen gold medals will be decided on the final day of competition (Saturday, 12 March) at the IPC Athletics Asia-Oceania Championships in Dubai, UAE. 12 Mar 2016
Imagen 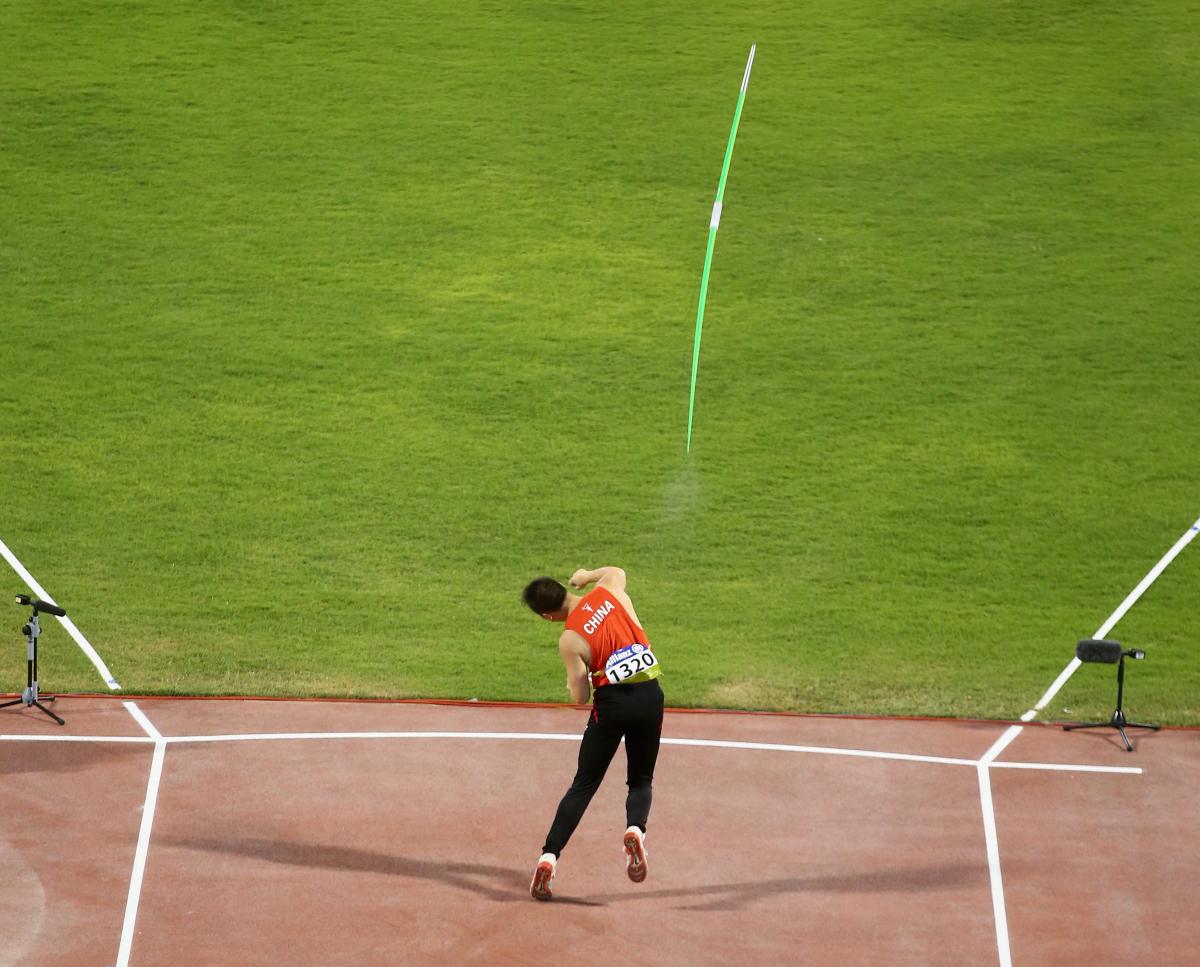 Pengkai Zhu is the world record holder in the men's F13

China’s reigning Paralympic champion and world record holder Pengkai Zhu heads up the field in the men’s javelin F11-13 on the sixth and final day (12 March) of track and field action at the IPC Athletics Asia-Oceania Championships in Dubai, United Arab Emirates (UAE).

Iranian Nour Mohammad Arekhi is amongst those hoping to upset Zhu’s plans and add to the two gold medals he has already won in the field this week.

Two of China’s other Paralympic stars are also in action on Saturday. Juntingxian Jia (T11) and Daqing Zhu (T12) – bronze medallists at London 2012 in their respective events – will both be hoping to complete a sprint double having won their 100m races on Thursday (10 March). Jia is first up in the women’s 200m T11 followed by her teammate Zhu in the women’s 200m T12.

Also going for a second sprint gold is Iran’s Arash Khosravi. The 22-year-old won the men’s 100m T11 on Thursday to add to his bronze over one lap. He lines up in the men’s 200m T11 against Indonesia’s Abdul Halim Dalimunte and Thailand’s Suphachai Songphinit.

A hat trick of Asia-Oceania titles awaits Khosravi’s compatriot Ahmad Ojaghlou if he wins the men’s 400m T47 on Saturday. The 28-year-old has already topped the podium in the 100m and 200m T47 and is sure to start as favourite.

Out in the field Abdulrahman Abdulrahman will be hoping to complete his set of Championship medals with a win in the men’s shot put F34. The Qatari has already won silver in the discus F33/34 and bronze in the javelin F33/34 this week - a gold medal should be within his capabilities.

The 27-year-old finished fourth in the world rankings last year and topped the podium at the Incheon 2014 Asian Para Games – he will undoubtedly provide tough competition for the UAE’s Ali Hussain and Abdullah Hayayei, hoping to make their mark on home soil.

The 31-year-old takes on the likes of Iran’s Alireza Mokhtari Hemami (F53), gold medallist in the discus throw F51/52/53 at Incheon 2014, as well as Saudia Arabia’s Radhi Alharthi (F51), who will be hoping to turn the tables on Kumar having finished second behind him in the club throw this week.

Alan Sastra is one of three Indonesians to win gold in Dubai this week - the 35-year-old took the title in the discus F57 on Tuesday (8 March) - and he will be hoping to increase that tally in the penultimate field event on the day, the men’s shot put F57. 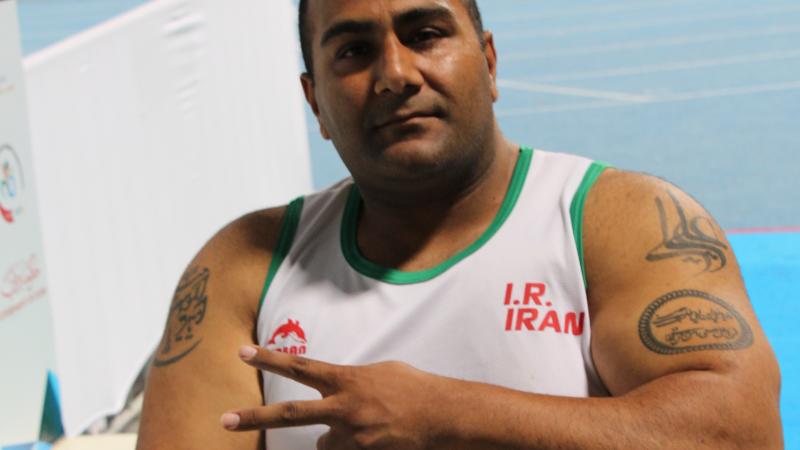