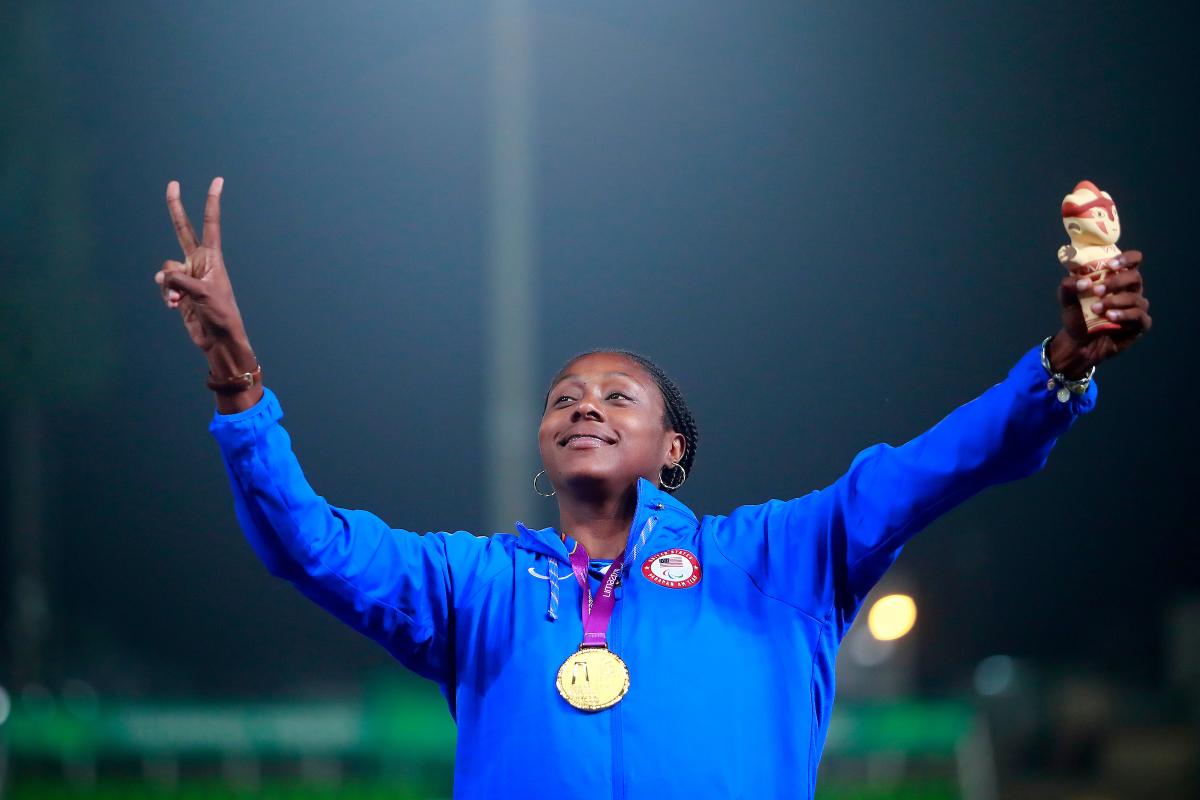 Fourteen US athletes will be out to defend their titles at the 2019 World Para Athletics Championships, which take place from 7-15 November in Dubai, United Arab Emirates.

Breanna Clark, Isaac Jean-Paul and Toby Fawehinmi are among those holding gold medals from the last edition in 2017 in London, Great Britain.

Team USA overall has announced a 63-strong squad that includes 43 Paralympians off to Dubai 2019.

“The World Championships in Dubai will be our athletes’ final major competition in 2019 that will test their preparation ahead of the Paralympic Games in Tokyo next summer,” said Joaquim Cruz, US head coach. “This group of athletes will showcase the talent and the depth of our program. It will be exciting to see how the team performs in the world stage less than one year until Tokyo.”

Deja Young, David Brown and guide Jerome Avery, Mikey Brannigan, and Roderick Townsend are among the 14 Paralympic champions set to star in Dubai.

Daniel Romanchuk and Noah Malone are also poised to compete for the top of the World Championships podium. Romanchuk captured his first world title in the marathon earlier this year in April.

Jaleen Roberts leads a group of 38 athletes who come off competing at August’s Parapan American Games in Lima, Peru. Roberts was the most decorated US track and field athlete with four gold medals. Five athletes also competed at the World Para Athletics Junior Championships in Nottwil, Switzerland, in early August, including Hannah Dederick, Ezra Frech and Joel Gomez.

At the last edition of the World Championships in 2017, US athletes won a historic 59 medals (20 golds, 19 silvers, 20 bronzes) to lead Team USA to its most successful Worlds performance to date.

The US team includes one athlete allocated direct invitation by name from World Para Athletics. Competition will take place from 7-15 November at the Dubai Club for People of Determination. With more than 1,300 athletes from over 100 nations expected to compete, the event will be the last major opportunity for athletes to gain slots for their National Paralympic Committees for the 2020 Paralympic Games.

More on the USA’s roster for the Dubai 2019 World Para Athletics Championships are available on TeamUSA.org