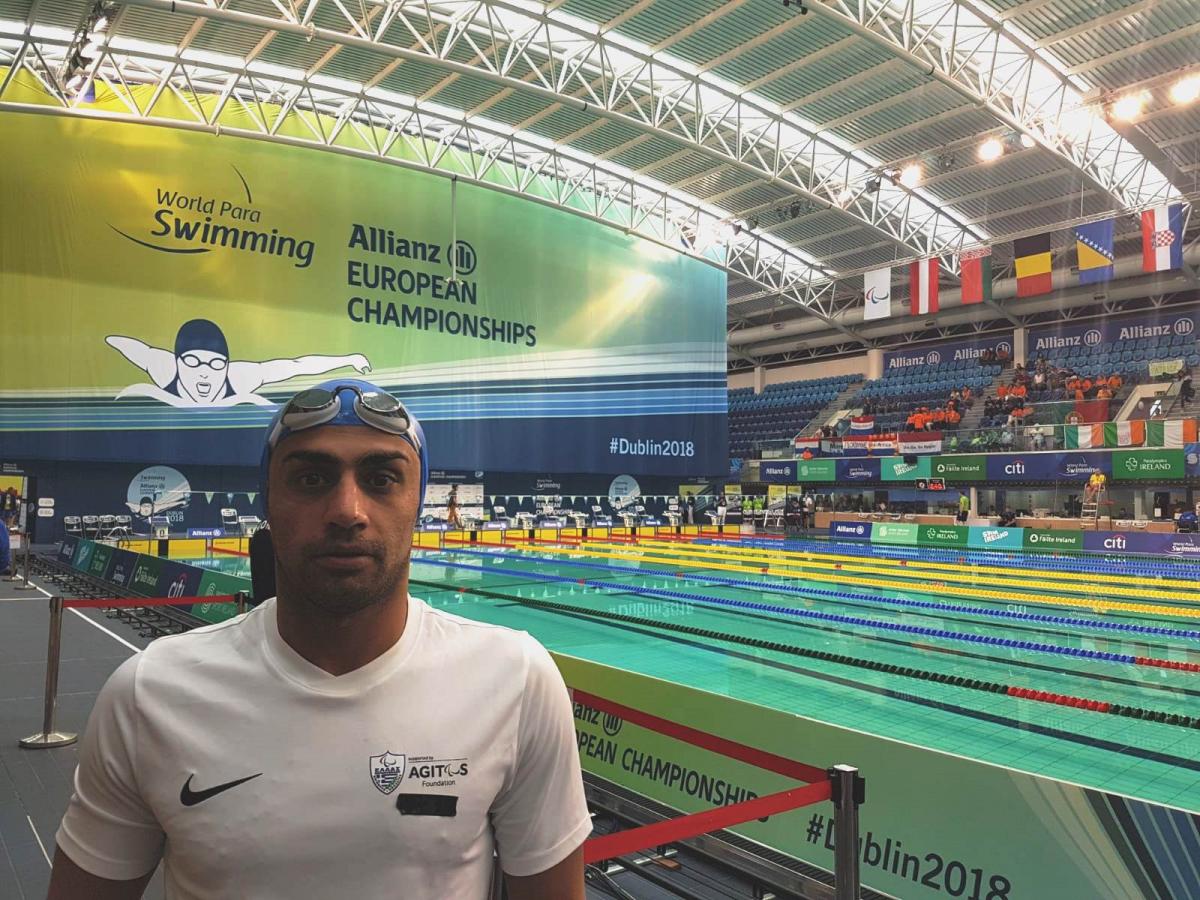 Ibrahim Al-Hussein is the sole representative of his team in Dublin but he knows that wherever he goes he is never alone.

Al-Hussein is swimmer and a refugee born in Syria. He competes for the Independent Para Athletes (IPA) and will take part in two races on Sunday (18 August), last day of the the World Para Swimming Allianz European Championships.

“I am really happy to be here. I couldn’t believe when my invitation was confirmed,” said Al-Hussein, who will swim the men’s 100m freestyle S9 and the 100m breaststroke SB8.

The 29-year-old is in Dublin representing the IPA team supported by the Hellenic Paralympic Committee (NPC Greece).

Al-Hussein has lived as a refugee in Greece since 2014. He left Syria to Turkey in 2013 after he lost part of his right leg in a bomb blast. After learning how to walk again he took on a journey from Turkey to Greece on an inflatable boat.

A swimmer and the son of a swimming’s coach, Al-Hussein took on Para sports in his new country in a project of the Hellenic NPC supported by the Agitos Foundation.

One year later, he was heading to Rio to compete at the 2016 Paralympics and was the flag-bearer of the IPA at the Opening Ceremony.

“Rio was a big lesson for me. It was my first major championships. I was a swimmer before but I had never made it to a big event. My life changed after that. I had something new to do and something I wanted to be better and better at.”

His story made the headlines around the world and he became an example to other refugees.

“I am happy that my story can help others, can show refugees that we can continue our lives, competing in sports, going to school, to the university, in many different aspects of life.

“I am really grateful to NPC Greece and the Agitos Foundation for standing by us. I hope there will be more refugees competing in Para sports. We have the power to do it.”

Although Al-Hussein says he is not at his peak in Dublin, he promises to give his best at the National Aquatic Centre.

“I was training but not focused in the Championship as I didn’t know if I would be here. But I’m very proud to be in the Europeans and I’ll do my best to get a good result representing the IPA.”