Fast and fabulous: Paralympians hit their peak in Rio

We review some of the stand-out stories on another day of enthralling action at the Paralympics as more records tumble across the Games venues. 09 Sep 2016
Imagen 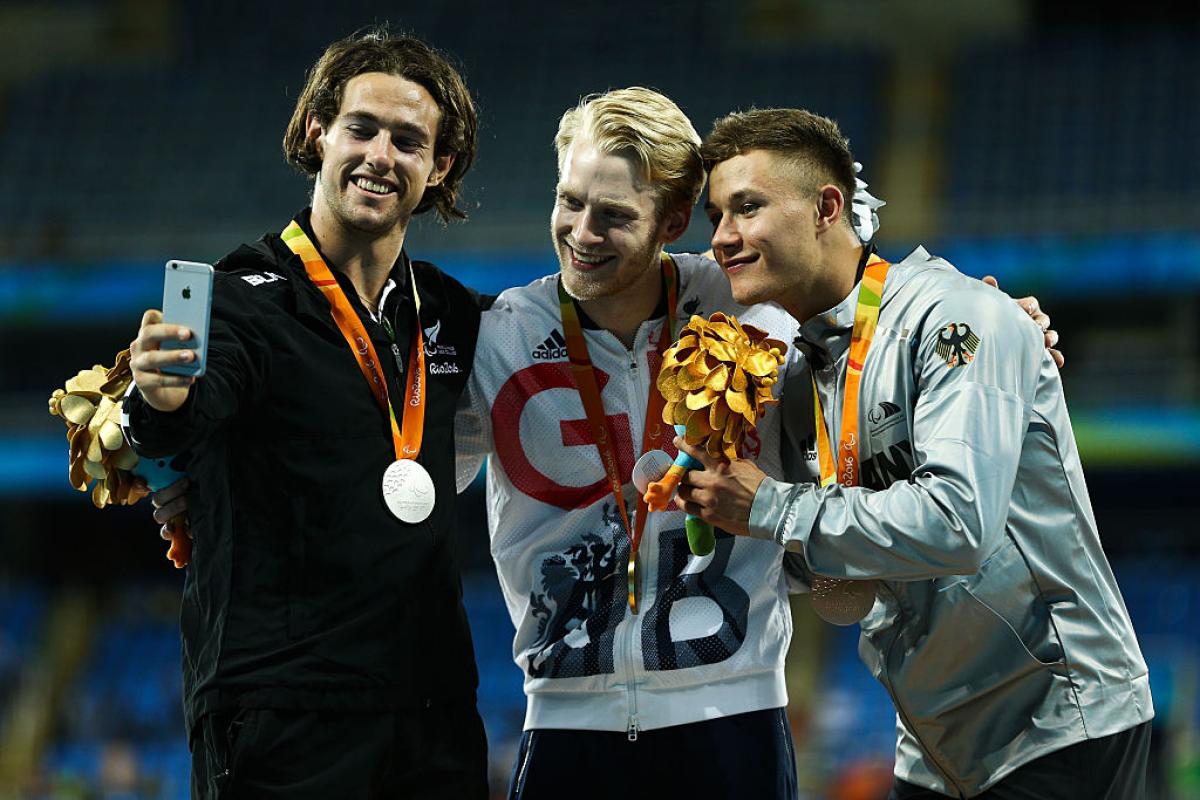 Liam Malone of New Zealand, Jonnie Peacock of Great Britain and Felix Streng take a selfie on the podium after the Men's 100m T44 final on day 2 of the Rio 2016 Paralympic Games at Olympic Stadium on September 9, 2016 in Rio de Janeiro, Brazil. (Photo by Hagen Hopkins/Getty Images for the New Zealand Paralympic Committee)Restrictions

It was billed as the night to see some of the fastest Paralympians on the planet – and the athletes did not disappoint as Friday (9 September) witnessed a procession of record-breaking performances at the Olympic Stadium.

Much attention on the second day of competition at the Games was focused on the athletics action, but world records continued to tumble at venues across Rio, especially in the Aquatics Centre where China claimed five golds and set five new world records.

At the Olympic Stadium, Great Britain celebrated a glorious night on the track with four gold medals, including one for Jonnie Peacock who retained his title in the men’s 100m T44 final.

Reigning world champion Sophie Hahn also claimed gold for Britain as she equalled the Paralympic record she set a day previously to win the 100m T38.

Cuba’s triple world champion Omara Durand – the fastest female Paralympian in the world – raced into the history books again, lowering her own world record to take gold in the 100m T12.

Brazilian home favourite Daniel Martins was cheered all the way round the track as he won the men’s 400m T20, also in world-record time.

Ireland’s star sprinter Jason Smyth showed just why he is the fastest Paralympian on the planet as he notched up his third consecutive Paralympic 100m T13 title in convincing style.

And Ukraine’s Ihor Tsvietov (12.31) set a world record in the heats on Friday morning and proved too strong for his rivals once again as he took gold in the men’s 100m T35.

At the Aquatics Centre world records were set in 10 out of 16 events, but it was unquestionably China’s night as the nation’s swimmers notched up five gold medals, all in world-record times.

Liankang Zou, who had broken the men’s 100m backstroke S2 world record in his heat before teammate Benying Liu lowered it minutes later, claimed the Paralympic title in another world-best time.

Records were also sent tumbling in the powerlifting competition where, in the men’s up to 59kg, Egyptian Sherif Osman reached new heights by winning the gold medal with his first attempt at 203kg. He followed that with a world-record lift of 211kg with his fourth effort.

China’s Dandan Hu produced a lift of 107kg in the women’s up to 50kg category to edge out Nigeria’s Latifat Tijani and Zoe Newson from Great Britain. Hu returned after securing the gold medal to add another kilogram onto her world and Paralympic record, which is now set at 108kg.

In the shooting, there was an historic gold for Sareh Javamardidodmani who became Iran’s first ever female gold medallist the sport when she won the P2 (women’s 10m air pistol SH1) event.

Speaking after her gold-medal success, she said: “I have done all that I can do to tell my people that disability has no limitations.”

The wheelchair tennis action got underway at the Olympic Tennis Centre with 64 players showcasing the best of the sport.

Three divisions kicked off the opening day’s play – men’s singles, quad singles and women’s doubles – as spectators enjoyed an entertaining first round of action, where the top seeds largely dominated.

The Olympic Tennis Centre also played host to the football 5-a-side competition where hosts Brazil kicked-off with an opening day 3-1 victory over Morocco.

China also got off to a strong start, beating Spain 1-0, Argentina defeated Mexico 2-0, and Turkey played out a 0-0 draw with Iran.

It was a good day for the host nation in the sitting volleyball competition too as Brazil’s men’s team triumphed 3-0 over the USA and the women’s team won by the same score line against Canada.

The other winners on the opening day of action at Riocentro Pavilion 6 were Egypt, who beat Germany 3-2, and Ukraine who beat the Netherlands by the same score.

The goalball action continued at the Future Arena where there were group game wins for the USA, Turkey, Brazil, Sweden and Japan.

And in the second day of table tennis competition, Josephina Medina of the Philippines was among the star performers as she beat reigning European champion Aida Dahlen in the group stage of the Women’s Singles Class 8 event.

The rowing competition got underway at Lagoa Stadium where British pair Laurence Whiteley and Lauren Rowles set a world record on their way to qualifying in the TA mixed double sculls. 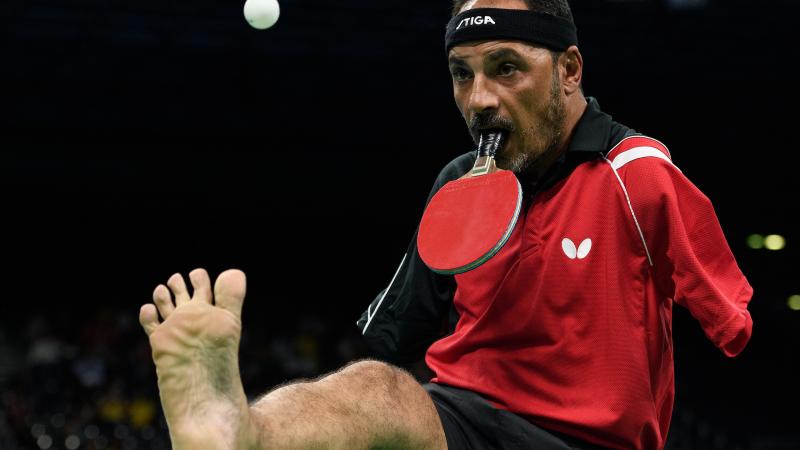