As the weight categories increase, the Asian records kept falling on the fifth day of competition at the Incheon 2014 Asian Para-Games. 23 Oct 2014
Imagen 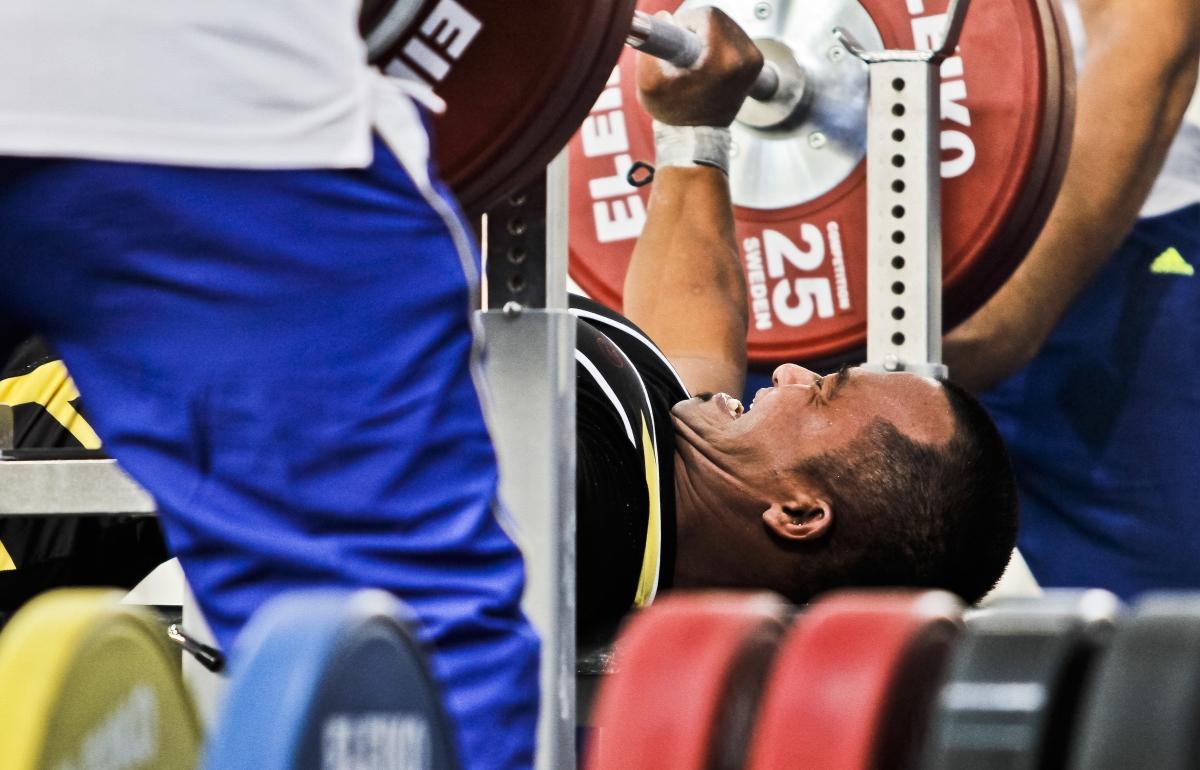 China, Korea, UAE and Iran all topped the podium with Asian record lifts in powerlifting on Thursday (23 October) at the Incheon 2014 Asian Para-Games.

China’s Xuemie Deng broke her own Asian record by 1kg in the women’s up to 86kg category with a lift of 112.0kg to secure gold.

The women’s over 86kg event was an exciting competition between South Korea’s Hyun-Jung Lee and the Philippines’ Adeline Ancheta. Both managed a lift of 115.0kg, but in the end, Lee – weighing less than Ancheta herself – took gold. Ancheta could take pride in claiming the Asian record from the one set by her South Korean rival at the 2013 IPC Powerlifting Asian Open Championships, by completing the lift on the first attempt.

UAE’s Ansaf Alnuaimi trailed in third place with a lift of 52.0kg.

Alnunaimi’s compatriot Mohammed Khamis dominated the men’s up to 97kg event. On his first lift (220.0kg) he had already improved his best haul at the 2014 IPC Powerlifting World Championships, where he placed fifth.

He continued his strong performance breaking the Asian record twice in his subsequent lifts to finish on 232.0kg – 8kg more than the previous record set by Iran’s Ali Sadeghzadehsalmani in 2013. Meanwhile the battle for silver was won by Iran’s Saman Razi with a lift of 208.0kg. Malaysia’s Yee Khie Jong (207.0kg) won bronze.

Another Asian record was claimed by Iran’s Ali Sadeghzadehsalmani, who has moved up a weight category this year. He added half a kilogram to the up to 107kg record set in 2013 by Iraq’s Faris Al-Ajeeli, with a fourth lift of 232.5kg. His second lift of 225.0kg was enough to take the gold. Malaysia’s Mohd Shahmil Md Saad pushed 192.0kg to take silver and Thailand’s Prakit Tongsang claimed bronze with 185.0kg.

Tzu-Hui Lin of Chinese Taipei had the winning lift in the women’s up to 79kg with 113kg – much less than the world record of 129.0kg she achieved in April at the World Championships. Jordan’s Tharwh Alhajaj (108.0kg) took silver as Indonesia’s Ni Nengah Widiasih (90.0kg) completed the podium.

The powerlifting competition at the Incheon 2014 Asian Para-Games comes to a climax on Friday (24 October) with the men’s over 107kg event.

Fans will wait to see if the world’s strongest Paralympian, Iran’s Siamand Rahman, will attempt a huge new world record of 300kg.