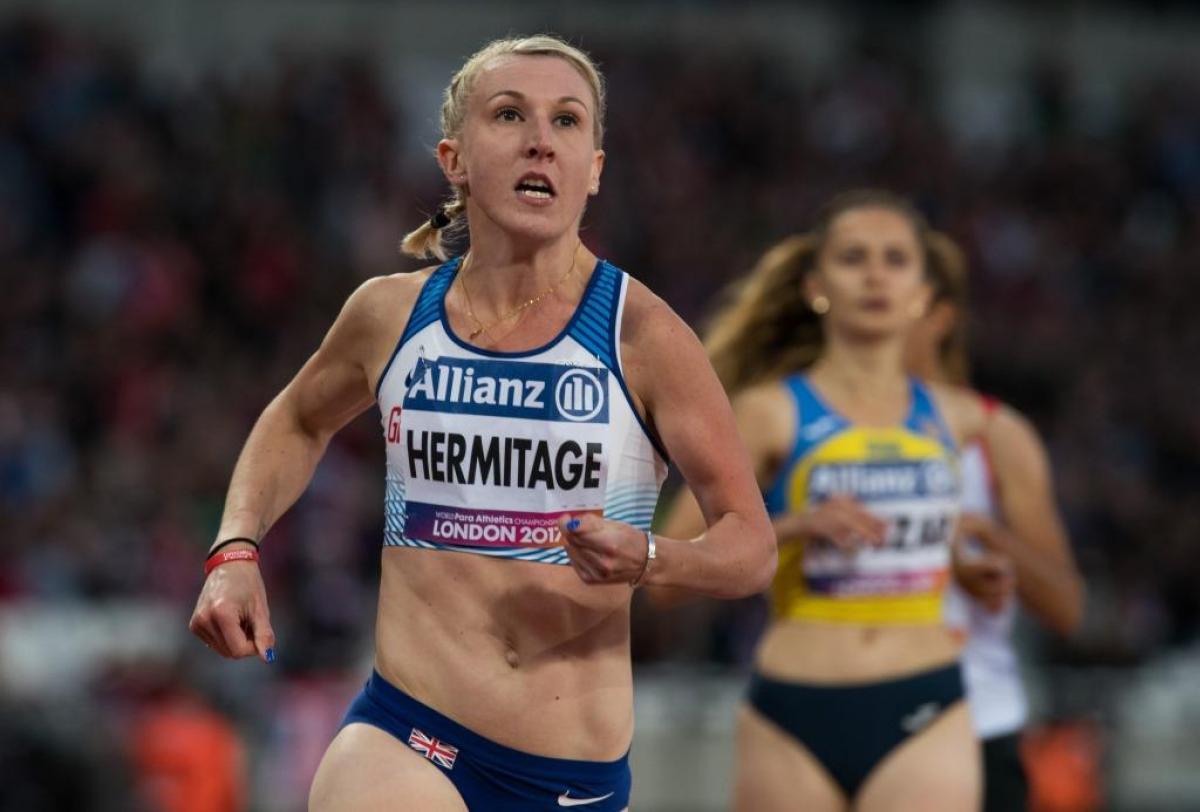 Georgina Hermitage is one of the favourites for gold in Dubai

ⒸBob Martin for the IPC

“My coach has also had to change a lot about how he plans my schedule and there’s been some shouting matches and some tears."

Double Paralympic and world champion Georgie Hermitage was left with a stark choice as she faced 2018 – change her training regime or risk ending her career.

Hermitage, who starts her season at the Dubai Grand Prix in the United Arab Emirates next week (13-16 March), admits that her coaches were so concerned at the constant round of injuries that she was suffering that they told her the end could be near.

“I’ve always been like ‘I’m on a comeback’ and it’s got to the point where coaches have said ‘We cannot do this anymore, if it keeps happening at one point she will not recover,’” explained the Briton, who suffered bone stress in the run up to the 2017 World Championships.

Recurring stress in her foot and tibia meant she was forced to overhaul her training in a bid to stay injury free.

“So, we decided this year to offload loads of work that I would normally do on the track and stick it on cross training,” said Hermitage.

“This winter I have done half the amount of track work that I’ve probably done in previous years with the hope that my body stays well. The risk with that is that you are not going to improve as much as you’d like to, but you stay injury free - what’s the lesser evil?”

Hermitage is quick to admit that the last six months have not been easy; even her relationship with coach Paul MacGregor was tested.

“It’s been a really big learning curve,” she explained. “My coach has also had to change a lot about how he plans my schedule and there’s been some shouting matches and some tears.

“At one point I thought I was going to lose my coach because the changes were massive and I was losing faith in what we were doing. But we have come back from the death and we are now stronger than ever as a partnership.”

Hermitage takes on the 100m and 200m in Dubai, a city she enjoys visiting, having made her senior international debut there back in 2015.

Having last raced eight months ago at the London 2017 World Championships, she is keen to remove the ‘race rust’ and prove to her rivals that she is still the one to beat.

“Even going through warm up and call room and being around other competitors; feeling that nervy adrenaline, because it’s been since July when I felt that,” said Hermitage who won 100m and 400m T37 gold in London.

Reflecting on her debut three years ago, Hermitage recalls turning up ‘in an old purple vest’ as ‘a nobody’. Now, with Paralympic, world and European titles to her name as well as numerous world records, it’s a different scenario. All eyes will be on the Briton.

“Even in a first race there’s expectation for me to do well,” she added.

Hermitage will also have the chance to discover who she might be up against this year. With European titles to defend this August, she is well aware that new faces – like she was three years ago – could cause an upset.

“I am more than aware than Dubai is normally the place where if you are going to see new talent, that’s often where they go for classification,” she explained.

“This is what Paralympic sport is like, we are still growing, you see new talent every year. It’ll be interesting to see – I’m not going to lie, I’ve already looked at entry lists trying to figure out who is who, because I worry. If you don’t worry then why are you doing it? Of course you worry about being beaten.

“You make your way up the ranks thinking, ‘Yes, I want to beat everyone, I want to show everyone who I am.’ Now it’s like ‘I can’t possibly lose now.’ You don’t want to lose, you don’t want to relinquish your titles. You want to keep those young guns at bay. There is more than enough incentive to keep going.” 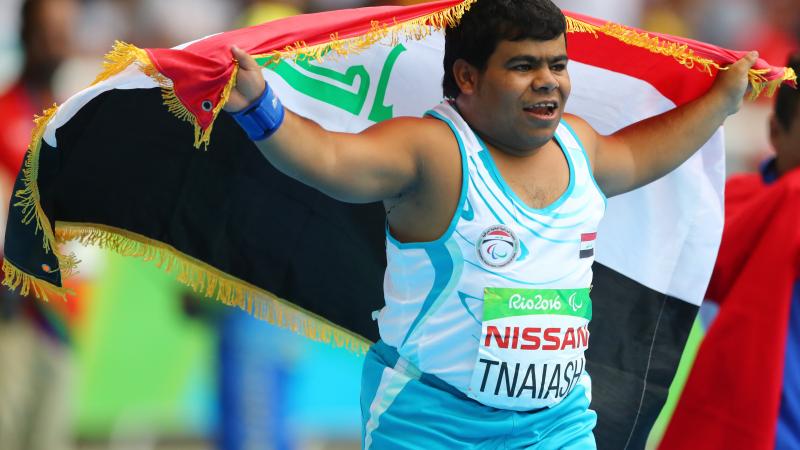