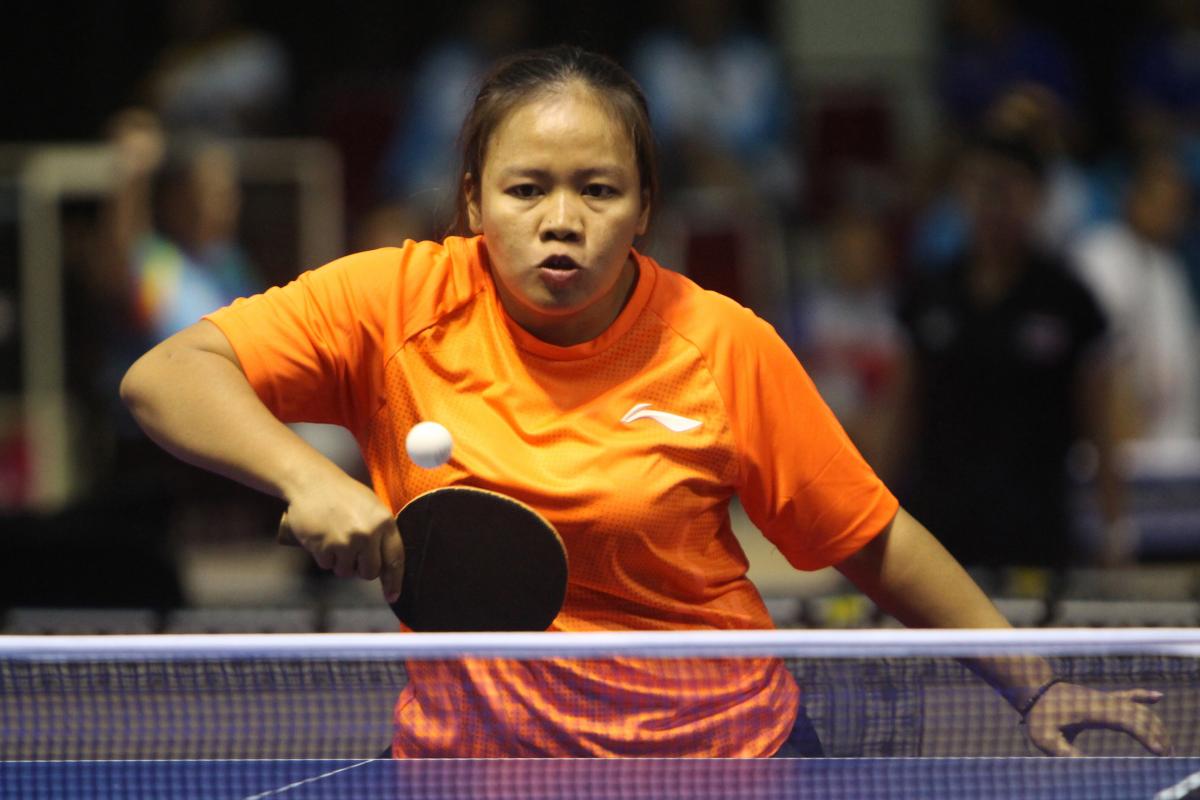 Suwarti Suwarti had two reasons why her Para table tennis gold medal at the Asian Para Games was even more special.

First, the Indonesian took it in front of her home crowd in Jakarta. The second reason, Suwarti announced right after her win.

Suwarti first knew she was pregnant when she took part in the Asian Para Games test event in July.

At that time, she consulted the doctor and her coach about her participation in the Games. The doctor said Suwarti was healthy and fit for the competition.

“The Asian Para Games is my last competition before I take maternity leave,” Suwarti said.

Suwarti admitted she struggled physically because of her pregnancy but she tried her best to carry on with her activities. During the training sessions she often arrived late because of nausea.

“Early in my pregnancy, I often did not feel well. I would come late for training while my teammates completed their workout,” Suwarti recalled.

“Fortunately the child in my womb could cooperate,” she said smiling.

The gold medal will also earn Suwarti and her teammate the Indonesian Rupiah 1 billion (around EUR 57,000) payout from the government to the Asian Para Games winners.