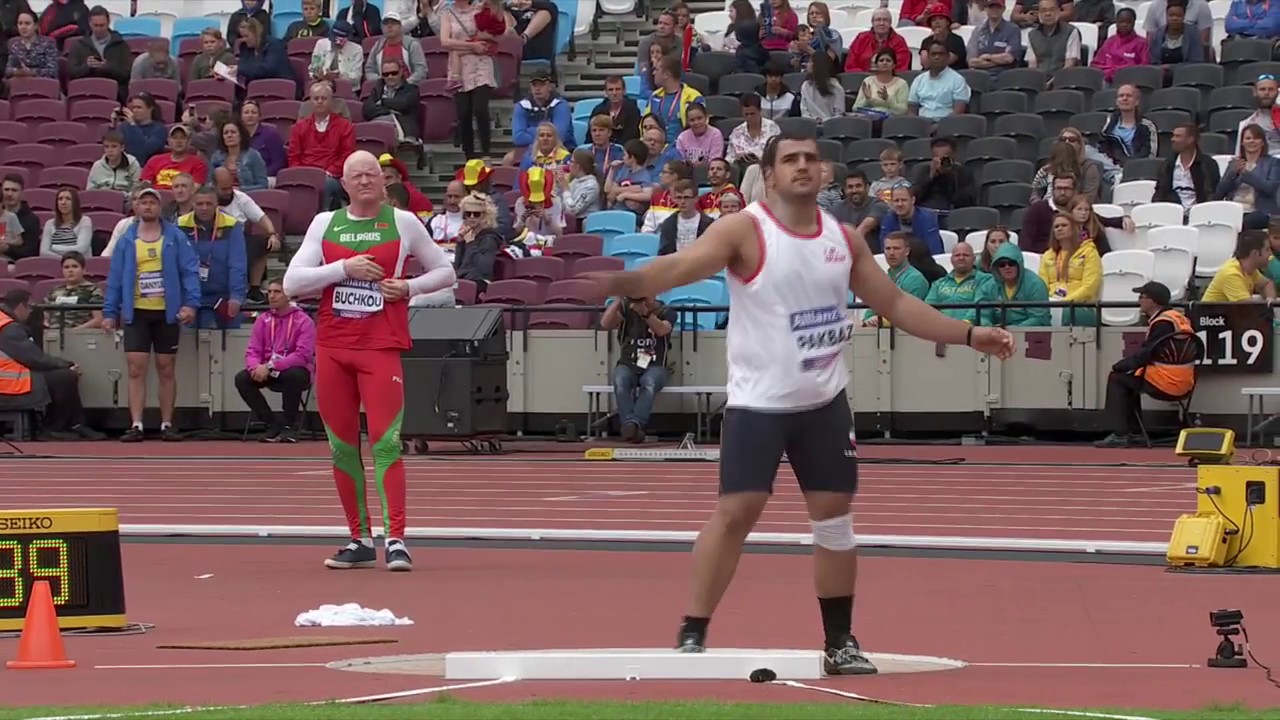 Of the 20 Iranians – all throwers – who competed at the London 2017 World Championships, no fewer than 17 won medals and all but two of those will be present in the Indonesian capital for the Asian Para Games – including reigning shot put F12 world champion Saman Pakbaz.

The 23-year-old takes on both the shot put and discus F12 at the Gelora Bung Karno Main Stadium in Jakarta, having won shot put gold and discus silver in London, Great Britain, last year.

As the top-ranked discus thrower in the region by nearly three metres he may start as favourite in that event, but the shot put could prove a trickier affair.

Uzbekistan’s Elbek Sultonov is the current Asian number one having thrown 15.14m - 10 centimetres further than Pakbaz – at the Tunis Grand Prix in June. The pair currently sit fourth and fifth respectively in the world rankings.

It is the shot put F12 that features on the Tokyo 2020 programme and so there is arguably more resting on the results of that competition in Jakarta – certainly when it comes to hopes for future success on a global scale.

More women in the team for Jakarta

While the Iranian team at London 2017 only featured two women, numbers are notably higher for the Asian Para Games, with more than 20 taking part.

As with the men, the throws events requiring strength and power provide the biggest opportunity for Iran’s female Para athletes to showcase their abilities.

Faezeh Kermani (shot put F34, javelin F33/34), Solmaz Bazargan (discus F64) and Hashemiyeh Motaghian Moavi (discus F56/57, javelin F55/56) are amongst those who medalled at the 2014 Asian Para Games and all are back for more this year.

The 2018 Asian Para Games begin on Saturday (6 October) with the Opening Ceremony at the Gelora Bung Karno Stadium in Jakarta.

Indonesia 2018: Moment of silence to be observed