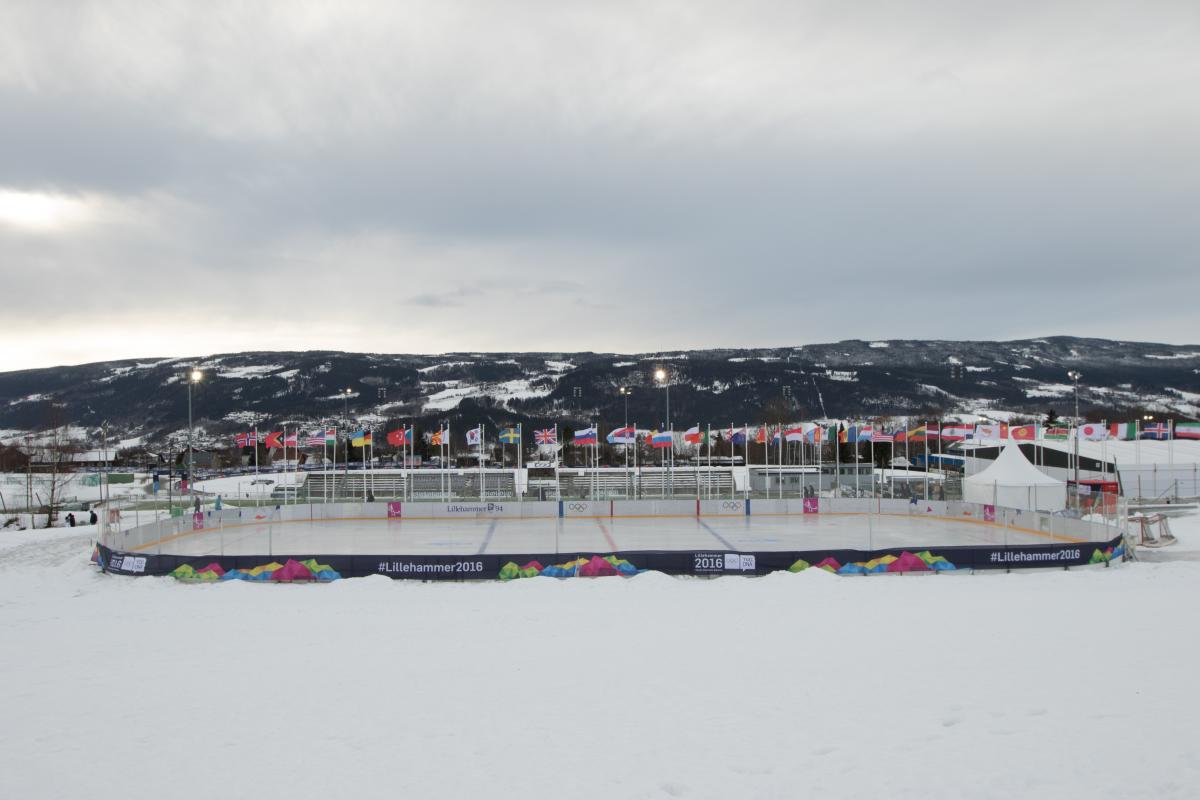 A general view of Stampesletta Arena prior to the Lillehammer 2016 Winter Youth Olympic Games where the sledge hockey exhibition game took place on 16 February 2016.

Lillehammer 2016 has been the scene of exciting sporting action so far - and Tuesday (16 February) was no different. But the programme included an unexpected twist: an ice sledge hockey exhibition game with the International Olympic Committee’s (IOC) Athletes’ Commission and the national team of Norway.

The IOC’s Athletes’ Commission, whose purpose is to represent the athletes, was invited to a friendly exhibition game of sled hockey at the Lillehammer 2016 Youth Olympic Games. The members of the Commission were joined by the Norwegian national team. The game took place on the “Try the Sport” ice rink, in Lillehammer’s Stampesletta venue.

Present were multiple members of the Athletes’ Commission, like its Vice-Chair Angela Ruggiero, who is also the Chair of the Lillehammer 2016 IOC Coordination Commission. Also present at the venue were Mr Inge Andersen, Secretary General of the Norwegian Olympic Committee, and Kit McConnell, IOC Sports Director.

This was a good opportunity to promote the Olympic values, especially inclusion. The Athletes’ Commission members were able to discover a very demanding sport, and learn from the best players in Norway. This made for some great memories and great fun, and allowed spectators to learn more about this sport.