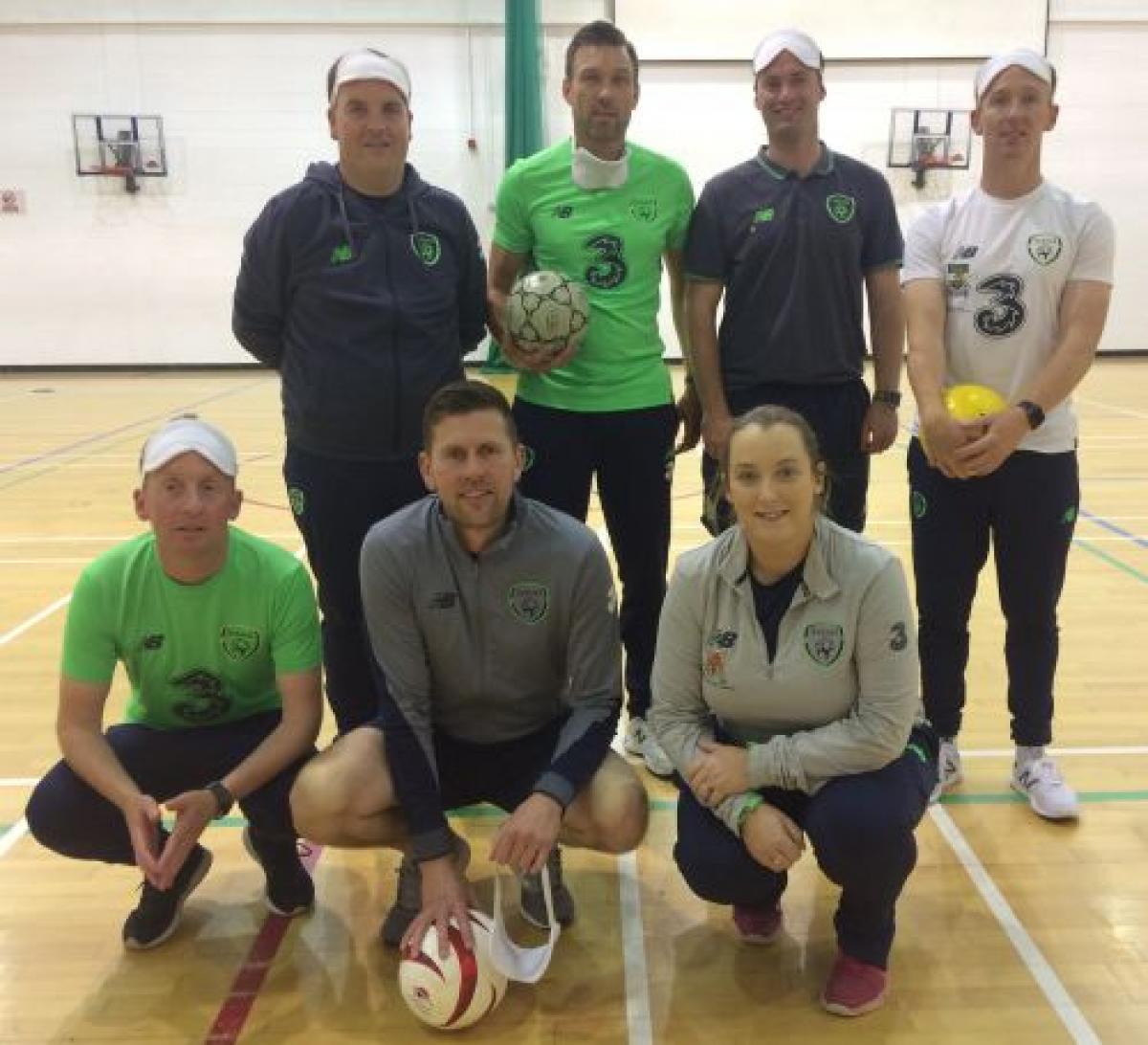 Blind football is expanding in Ireland thanks to support from IBSA

ⒸFootball Association of Ireland
By IBSA

Blind football is growing in the Republic of Ireland thanks to key support from the Football Association of Ireland (FAI) and the International Blind Sports Federation (IBSA) Blind Football Development Project Europe.

As part of its ‘Ball a player’ scheme, IBSA has donated balls and eyeshades to the FAI to hand over to women players and youth players in an effort to boost numbers and promote participation. To date 12 balls have been given out to three girls and nine boys ranging from the ages of 5 to 15.

The FAI has implemented a programme involving itinerary teachers working with blind and partially sighted boys and girls in mainstream schools to identify and attract potential players.

FAI Development Officers have so far delivered five classes in Tipperary and Waterford and seven in Cork in schools. The courses involve the whole class learning the skills of blind football and coaching each other, and finish with small-sided 3 vs 3 games.

Feedback has been hugely positive and four of the children involved have joined their nearest football club for the vision impaired – in Ireland there are currently two clubs in Dublin and Cork.

In addition, FAI regional development officers are being trained in blind football. Seventeen FAI officers have attended two courses so far, and there are plans to deliver to another four groups in the second half 2018.

Future plans include a scheme to train more our mainstream FAI development officers to enable them to deliver VI sessions regularly in their regions.

Ireland finished second at the 3rd IBSA Blind Football Euro Challenge Cup earlier this year in Krakow, Poland. The Irish team lost out narrowly in the final to the host country.

The Irish blind football team sits 40th in the world ranking, but is set to rise in the table when the ranking is updated at the end of this year.