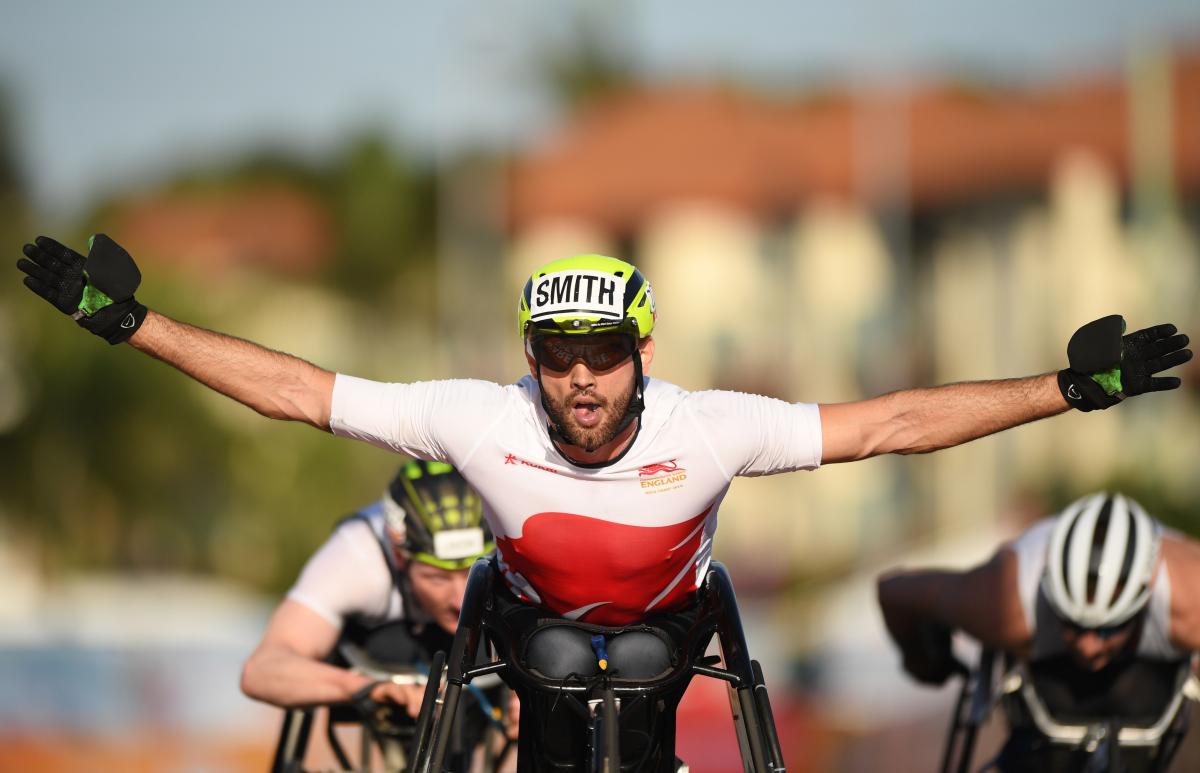 When Johnboy Smith signed up to take part in his first marathon, he had never even sat in a racing chair – let alone clocked up a few miles in training.

But Smith knew then, four years ago, that it was the sport for him.

“I just had a feeling that I wouldn’t be too bad at marathon racing, although I’d never seen a race or even a chair before,” explained the 28-year-old from Kent in the south of England, who went on to complete his debut marathon in London in 2015 in 1:46:17.

How did that first marathon feel? “That was home, that’s how comfortable I felt,” he remembered.

Smith knocked six minutes off that time on his New York marathon debut later that year, then won in Dubai, UAE, in January 2016.

His hunch – that the marathon was the event for him - was fast proving right.

After finishing fifth at the Berlin Marathon in 2017, Smith went on to claim a superb second place behind Paralympic champion Marcel Hug in New York.

Now he heads back to the Big Apple for the marathon on Sunday 4 November, with the belief that he can be the best in the world.

“A year ago, I knew that I could beat anybody in the world sooner or later. I strongly believe that I can go mile for mile with any wheelchair racer on the planet and I’ll come out on top,” he said.

Paralysed in 2006 when he was shot in the back after being mistaken for a poacher by a local gamekeeper – doctors told him the fact the bullet hit his spine “saved my back from coming out of my front” and killing him - Smith’s first foray into Para sport was as a powerlifter and bodybuilder.

But after watching London 2012 on television, he set his sights on competing at the Paralympic Games.

“I was literally gobsmacked watching the telly,” he explained. “I didn’t realise Paralympic sport was such a big deal.”

In 2013, he attended an open day and tried throwing. Given his powerlifting pedigree, it was no surprise he immediately excelled and began competing in the javelin.

But when that event (javelin F55) was removed from the Rio 2016 programme, Smith began researching other sports.

From field to track

“I Googled ‘where does David Weir train’ when I was at a competition in Berlin as a thrower, landed home on the Sunday and on the Monday drove myself to the Weir Archer Academy,” recalled Smith, who found Weir’s coach Jenny Archer and explained to her that he was a thrower, but now wanted to be a wheelchair racer.

“I said to Jenny, I think I’m going to be a good endurance runner because I’ve actually signed up to do the London marathon as a wheelchair racer - and she looked at me like I was a maniac,” he recalled.

Archer told Smith to come back when he had lost four stone (25kg); he did that in less than three months.

The pair have worked together successfully ever since - and they already have the silverware to prove it. In April this year Smith finished second behind Australian Kurt Fearnley at the Gold Coast Commonwealth Games, telling a reporter after the race: “If I wasn’t the best today, I swear I’ll be the best tomorrow. I’m looking to be the best in the world.”

Six months on he believes that more than ever.

“I’m not the same athlete I was at the beginning of this year and everybody knows that. It’s like boxing, there’s always the opportunity of a rematch to prove you’re the better athlete,” explained Smith, who lines up against a world-class field, which includes Fearnley, a five-time New York marathon winner, on Sunday.

It was boxing that Smith first took to as a young boy, and a sport he regularly took part in up until his accident. Perhaps his time spent in the ring gave him the gritty determination that now drives him to push his body to its limits for 26.2 miles.

“I’ve got no choice to be how I am, but I do the best I can with what I have. Just because you’re dealt a bad hand doesn’t mean you can’t play a good game.” 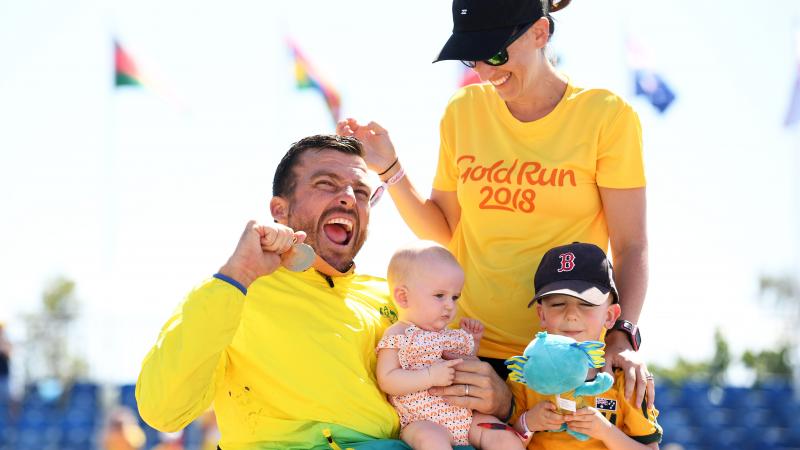