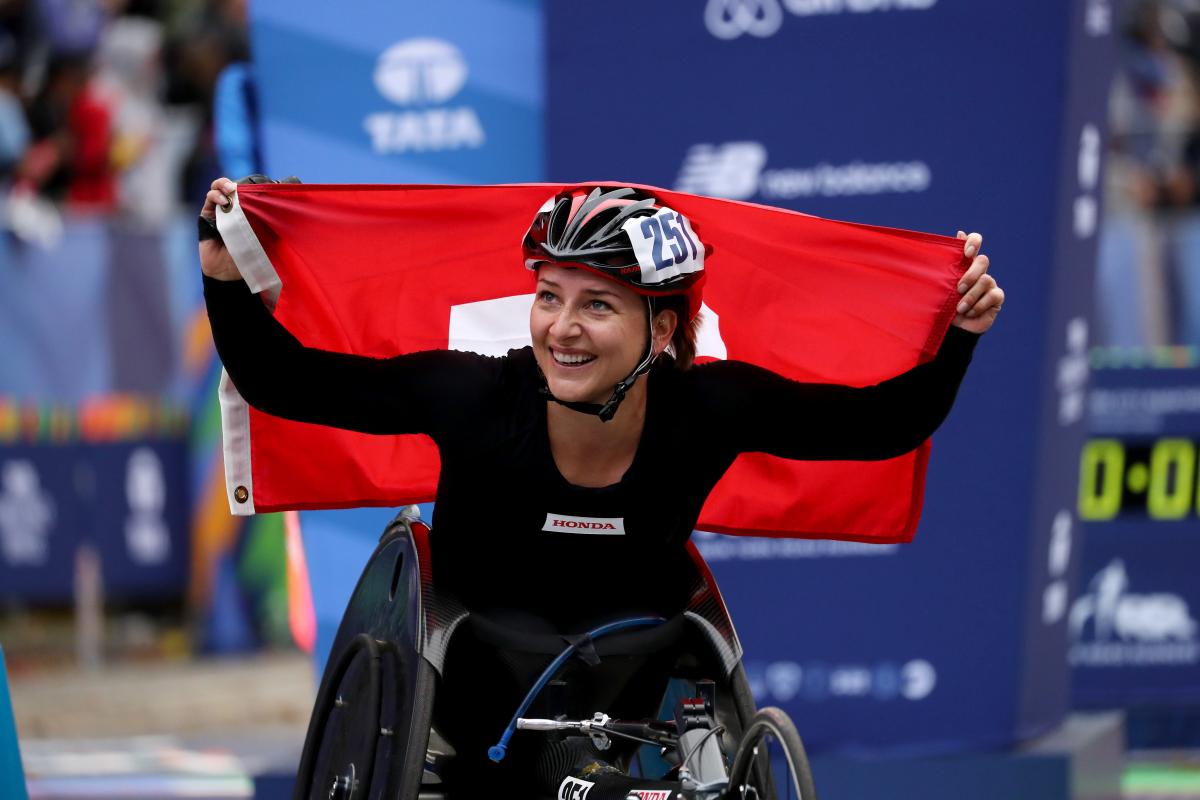 Manuela Schaer smashed the world record at the 2018 Berlin Marathon

Schaer clocked 1:36:53, more than a minute faster than the previous record time she shared with Japan’s Wakako Tsuchida, set back in 2013.

"I knew from the start that a lot is possible on Berlin's fast track, even if the record was not my primary goal. First, I wanted to win and therefore I started the race quickly," said Schaer.

Victory meant a third consecutive win in the German capital for Schaer and a superb start to the Abbott World Marathon Majors Series XII.

The Swiss racer won the previous series which finished at the London Marathon in April this year, and she kicked off the defence of that title in fine style, finishing nearly five minutes clear of the field.

Multiple major marathon champion Tatyana McFadden (2:02:21) had to make do with ninth place after racing in a borrowed wheelchair – her own was damaged a day earlier in training.

Canadian Lakatos – who only made his marathon debut in the German capital one year ago – claimed his first major marathon victory as he got the better of defending champion Marcel Hug, finishing in 1:29:41.

Paralympic champion Hug (1:29:44) had to make do with second place this time, while Briton JohnBoy Smith (1:29.44) – silver medallist at the Gold Coast Commonwealth Games – continued to show his progress over 26.2 miles, finishing third.

Lakatos crossed the line more than three minutes faster than the time he clocked when he finished seventh last year.

“What an unbelievable experience! The Berlin Marathon has been an absolute pleasure to attend,” Tweeted Lakatos afterwards.

This year the Abbott WMM series also includes bonus points available in each race, with eight points up for grabs at a specific location. In Berlin, that was at the 38 kilometre mark, and both Schaer and Lakatos picked up the extra points. 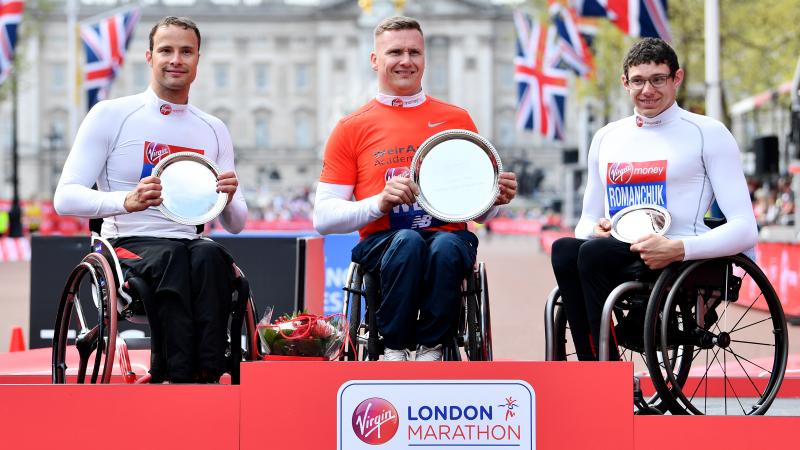