Judo: What to Watch

With three days of grappling and struggling, Judo will be one of the highlights of the London 2012 Paralympic Games. 31 May 2012
Imagen 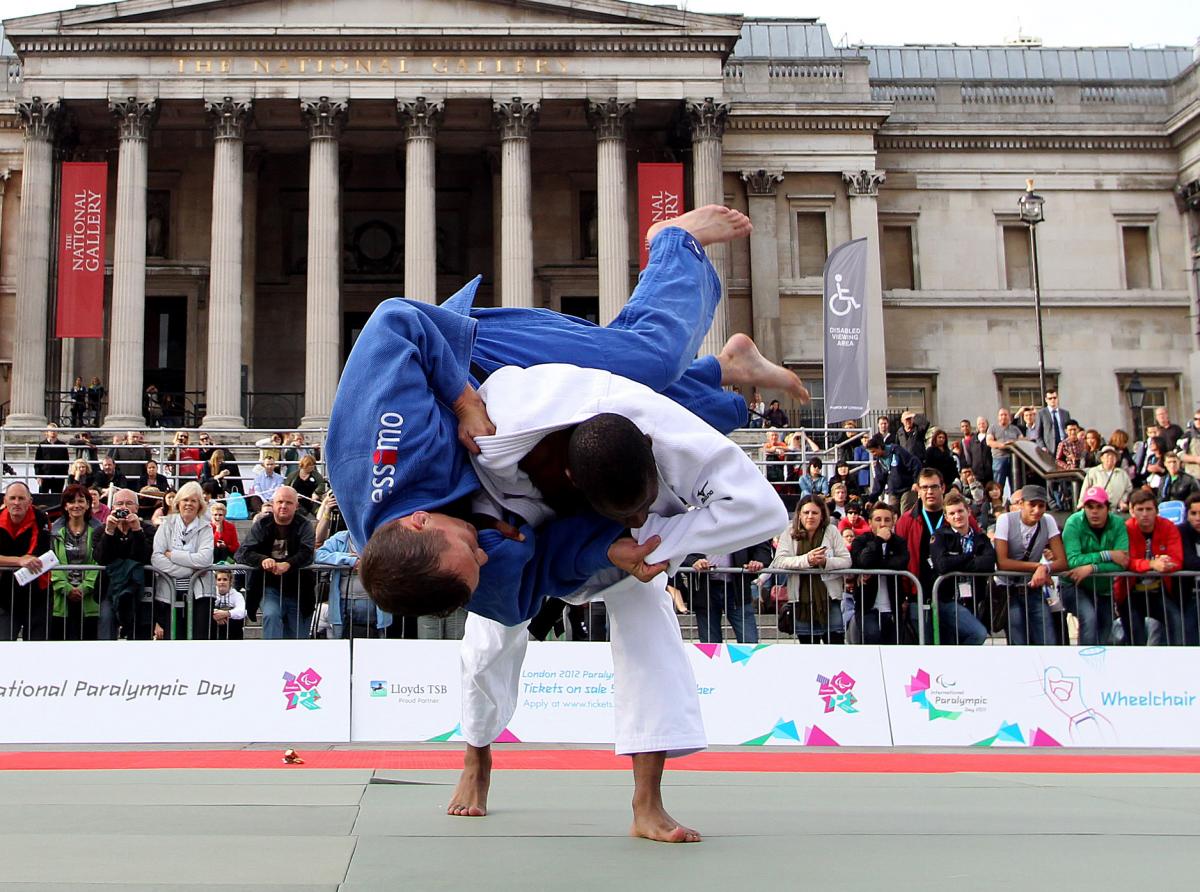 "The Powell brothers will likely captivate home crowds in the men’s events, though they are likely to be the underdogs in the competition."

The Paralympic Judo competition begins on 30 August with the lighter judokas, going through to the heavyweights on 1 September. The sport for visually impaired athletes takes place at ExCeL where spectators with a day pass can also see Powerlifting, Sitting Volleyball and Table Tennis on those days.

On 30 August, home crowds will have their eyes on Ben Quilter, who won gold at the 2010 IBSA World Championships. After finishing fifth in Beijing, Quilter will hope to medal in London in the -60kg category. He will face stiff competition, however, from Japan’s Takaaki Hirai and Azerbaijan's Ramin Ibrahimov.

The men’s -66kg and women’s -48kg and -52kg also take place that day. Germany’s Carmen Brussig will hope to better her bronze medal from Beijing in the -48kg category. One of her toughest opponents may be Kai-Lin Lee of Chinese Taipei, who is the reigning world champion.

Brussig’s sister, Ramona, is set to compete the following day (31 August ) in the -57kg category, in which Azerbaijan’s Afag Sultanov is the reigning world champion.

Venezuela’s Naomi Soazo, who is on the IPC’s Ones to Watch list, will hope to repeat her Beijing gold medal performance in the -63kg category. Her toughest competition may come from Spain’s Marta Arce and world champion Daniele Bernades da Silva of Brazil .

The Powell brothers will likely captivate home crowds in the men’s events, though they are likely to be the underdogs in the competition. Marc Powell’s best result was fifth place in the -73kg category in the 2010 German Open whilst his brother Dan got silver at the 2009 World Youth Games and was knocked out at the quarter finals of the 2010 World Championships in the -81kg category.

The final day of Judo on 1 September will be all about another set of brothers: Sam and Joe Ingram. Sam, the younger of the brothers, was the only British judoka to medal in Beijing 2008 and will hope to better his bronze in the -90kg category in London. Sam is on good form having won silver at the 2010 IBSA World Championships and gold at the 2011 European Championships. He’s likely to face tough competition, however, from Russia’s Oleg Kretsul, the reigning Paralympic and World Champion, though Sam beat him at the 2011 European Championships.

Having narrowly missed out on qualification for Beijing 2008, Joe Ingram, who won silver at the 2010 World Championships in the +100kg category will also hope to shine at home.

Brazil’s Antonio Tenorio da Silva, who has won gold in various different weight categories in the last four Paralympics, is one to watch for the -100kg category. The star of the film “B1” won bronze at the 2010 World Championships and will face tough competition from Korea’s Gwang Geun Choi and Iran’s Hamid Alizade who beat him there. Judo
Improved Ingram Sure Bet for Judo Medal in 2012