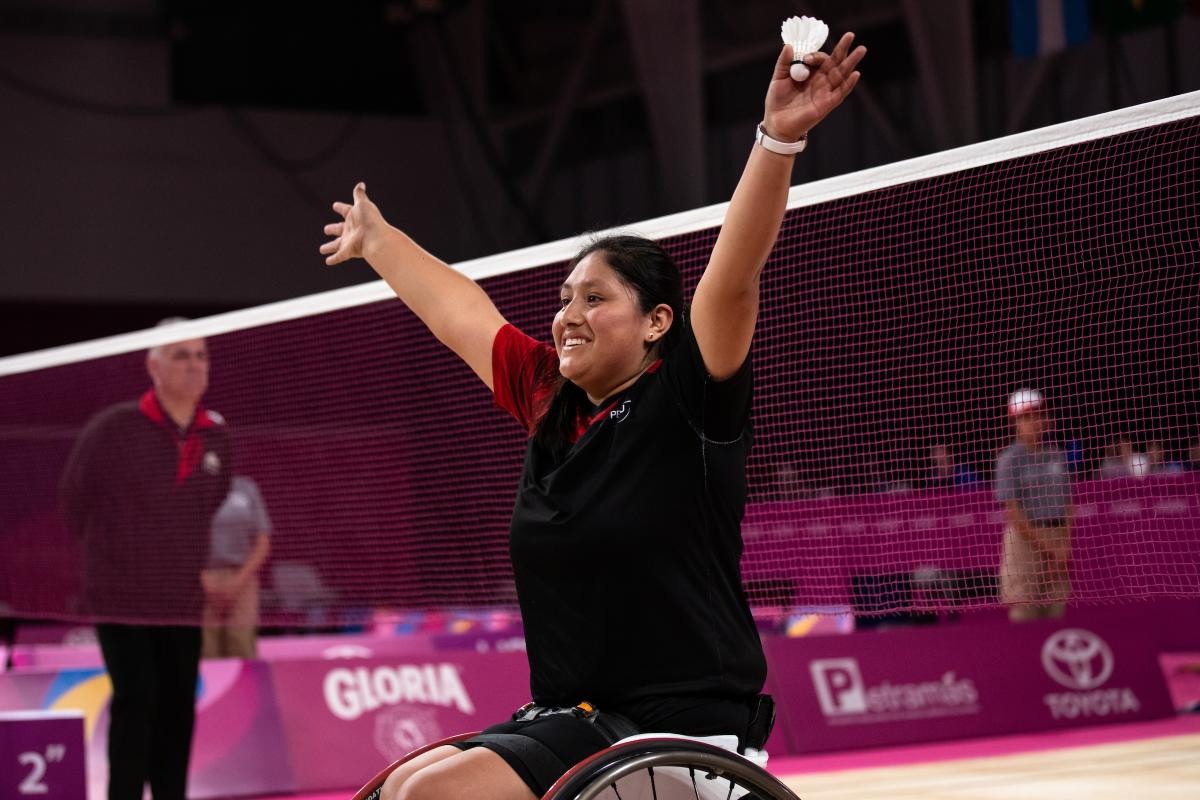 At a packed stadium including Peruvian President Martin Vizcarra among the fans, Jauregui defeated Canadian Yuka Chokyu in the final 2-0. 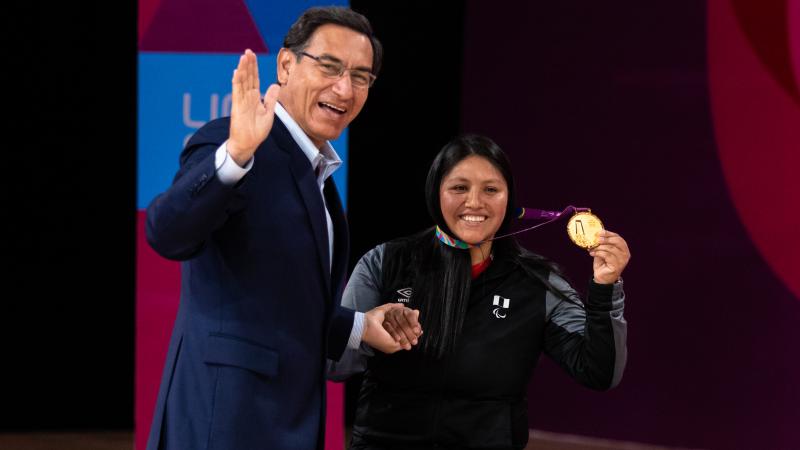 The Peruvian dominated from start to finish, with the final result being 21-12, 21-1. Furthermore, Jauregui ended the Games without losing a single set.

“I am super excited; I do not know how to describe my emotions right now. I am super happy because I fulfilled my dream. I think about my family, my parents who are here with me and God. I want to thank a lot because this medal is not mine, is Peru’s,” she said. 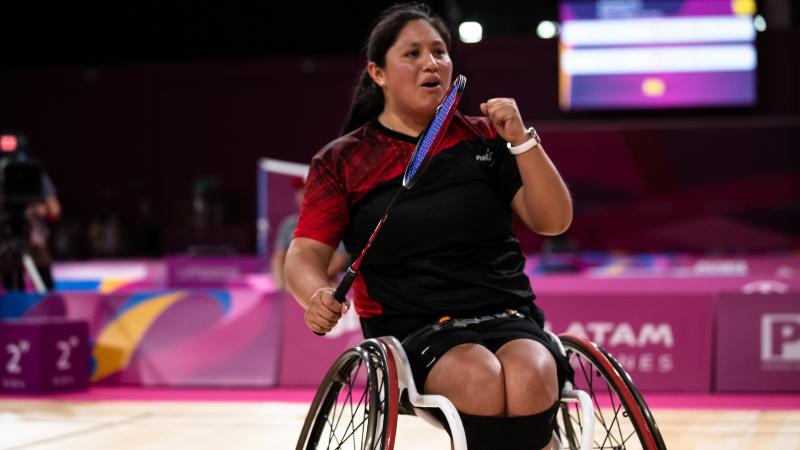 In regards to the huge crowd, Jauregui added: “It has been a different feeling. It makes you feel at home really. I am very happy for all the public present, super thankful to each of them. I am still excited.”

With this victory, she won her first Parapan American gold which follows six Para badminton Pan American titles at Medellin 2016 and Lima 2018.

After two defeats to their arch-rivals in football 5 and football 7, Argentina could finally beat Brazil in the decisive game of the team BC1/BC2. 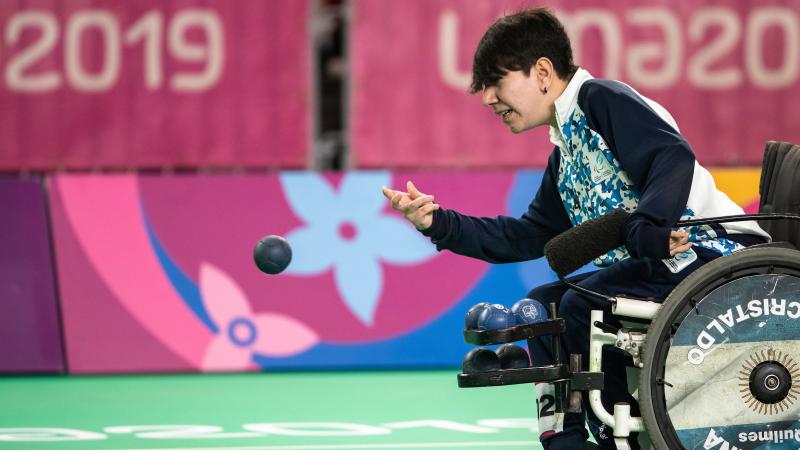 Cristaldo, who had lost to Santos in the singles event, said: “Winning in the team competition was like taking revenge; it was our goal and we achieved it.”

Alejandro Perea Arango and Henry Raabe were head-to-head until the finish line. But it was the former who triumphed in the road race C1-3 with a time of 1:50:31, slightly ahead of the Costa Rican (1:50:32). 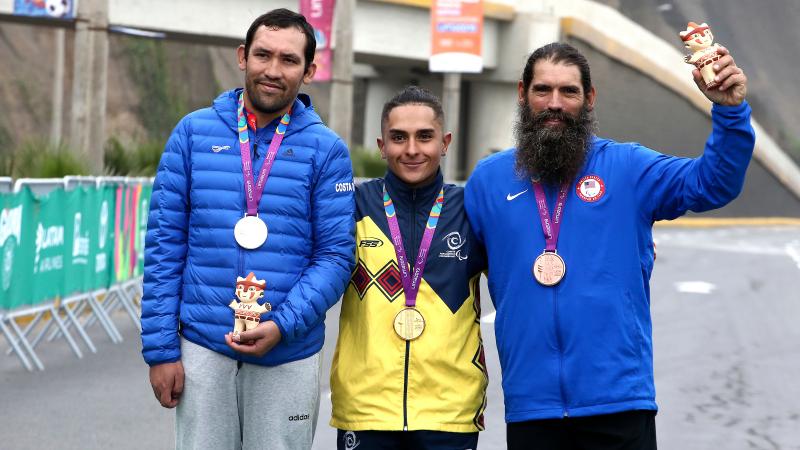 Colombia enjoyed two more golds through Nelson Serna and his guide Marlon Perez in the men’s road race B, and Nestor Ayala in the mixed road race T1-2. 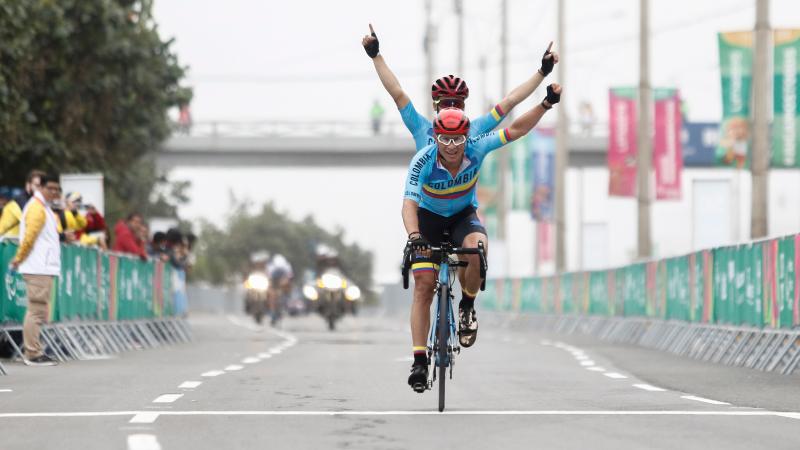