The 100m T42 Paralympic champion wants to leave July’s World Championships with happier memories than he did at London 2012. 10 Apr 2017
Imagen 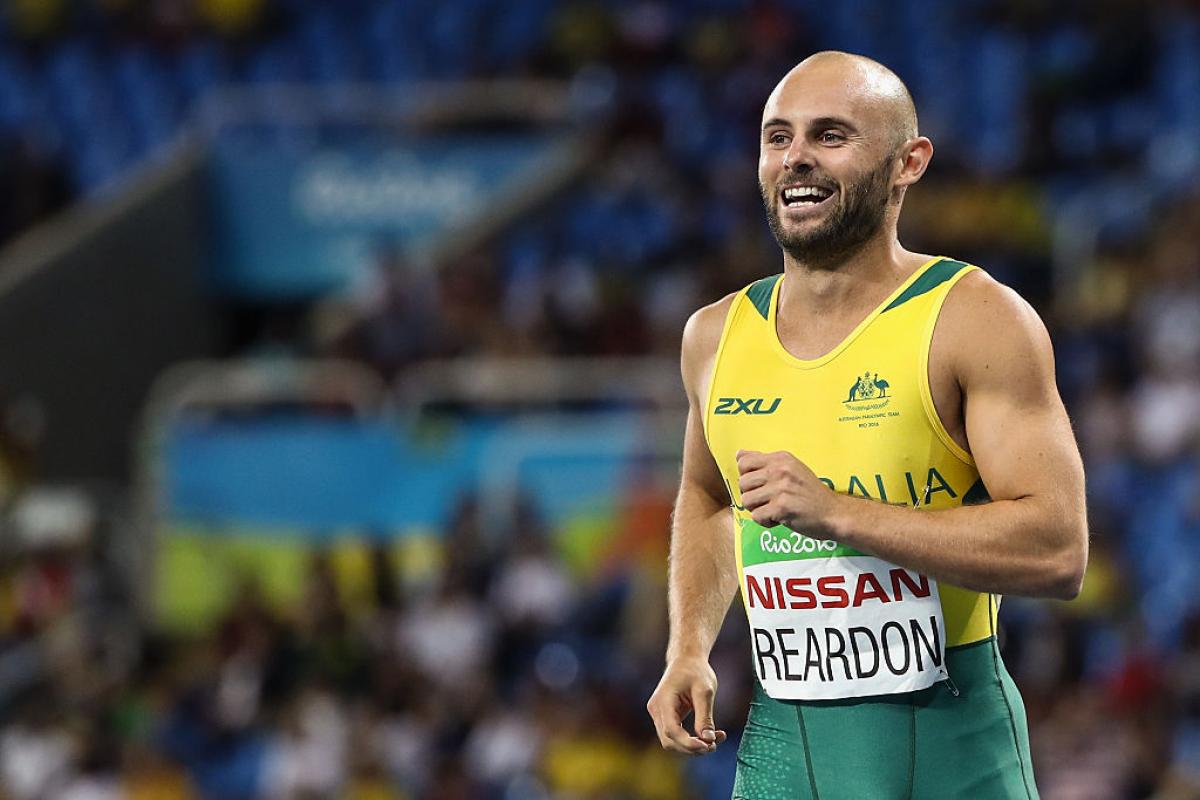 Scott Reardon of Australia celebrate winning the gold medal in the Men's 100m - T42 Final on day 8 of the Rio 2016 Paralympic Games at the Olympic Stadium on September 15, 2016 in Rio de Janeiro, Brazil.

"You don’t win championships on what you’ve done in the past, you can only win on what you’re doing at the present.”

Paralympic and world champion Scott Reardon admits he has ‘unfinished business’ as he prepares to defend his title at July’s World Para Athletics Championships in London, Great Britain.

The Australian, who won 100m T42 gold at the Rio 2016 Paralympic Games, finished in second place at London 2012 – a result that still rankles him.

“I’ve got a little bit of unfinished business that I need to attend to,” admitted the 26-year-old.

“I came so close to winning in London in 2012 it would be one more thing that I would really love to be able to do - come out and execute a really good race and put down a really good time and walk away with a gold medal there.

“To be able to experience that would be a special moment and put to bed the silver medal from the Paralympics in 2012.”

Leading for much of the race in London, it wasn’t until the final few metres that Germany’s Heinrich Popow caught Reardon, before sprinting past to the line.

The defeat hurt the Australian hard, but also served as a vital learning experience – and one that he did not want to repeat.

“That race taught me a lot about the way I race and what I needed to change to take the next step forward to make sure I could come out and execute when Rio came around,” said Reardon.

“Even though it was four years down the line I wanted it so much from that race. It was my first race ever as an amputee where I’d actually led the field. My races in Australia were always against able-bodied athletes and they are always out in front.

“It definitely put the fire in the belly, nobody wants to finish second. Second is awesome but you come so close to winning an event that you just want to go one better.

“It was a big motivator for the last four years to make sure that I didn’t walk away with another silver medal.”

In fact, Reardon did go on to top the podium – although at the 2013 World Championships in Lyon, France, he had to share that position with Popow as both were awarded the same time.

The Canberra-based sprinter added the Paralympic title last year and now heads to London as the man to beat – not that he’s going to let his status as favourite get in the way.

He explained: “I’d like to think that I’ll go out there and approach it the same way that I always have. You don’t win championships on what you’ve done in the past, you can only win on what you’re doing at the present.”

Reardon will be one of around 1,300 athletes from 100 countries competing at the London 2017 World Para Athletics Championships between 14-23 July. To buy tickets, please click here.