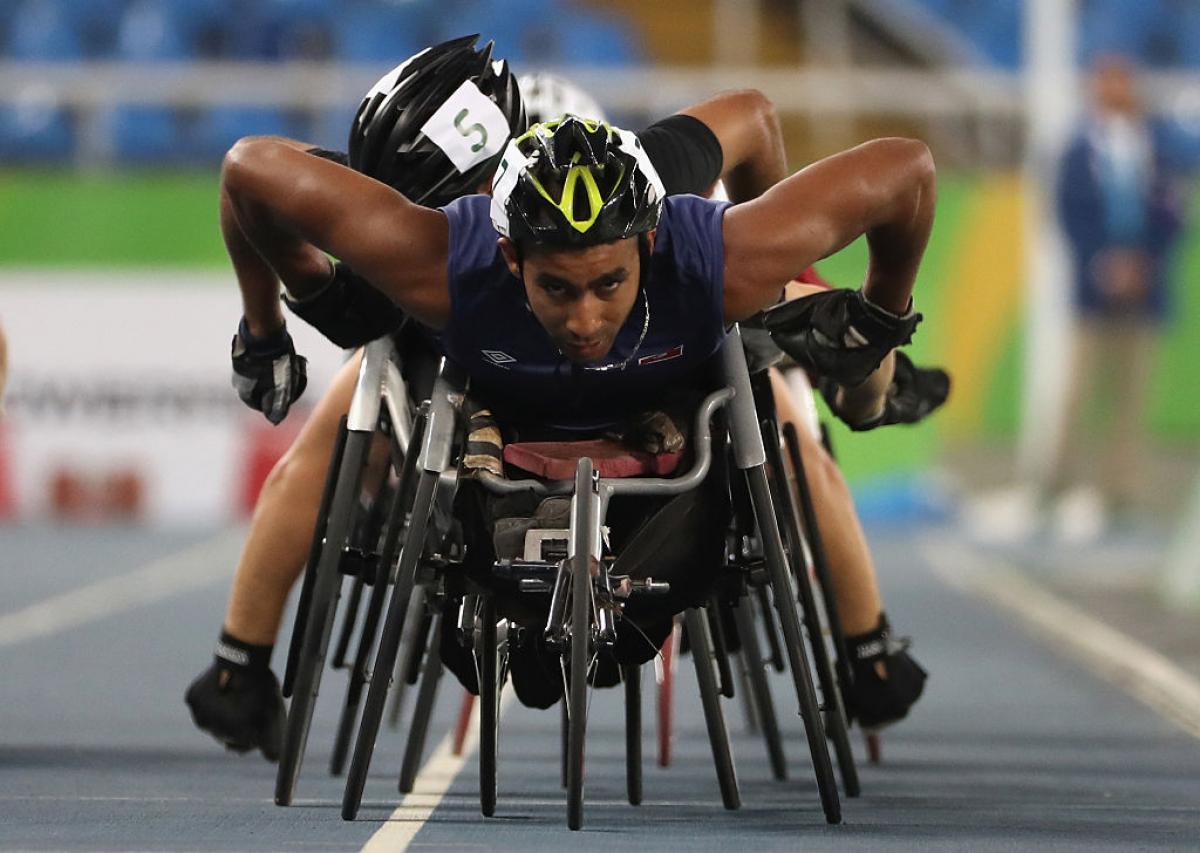 “I will try to take four medals with four world records. I train for this and I want to be first every time.”

After losing his 800m T34 crown at Rio 2016, Walid Ktila is determined to win all four of his events at London 2017. A quadruple world champion last time around in 2015, the Tunisian’s winning streak came to an abrupt end at the Rio 2016 Paralympic Games when, two days after winning Paralympic gold in the 100m T34, he lost out on 800m gold to Emirati Mohamed Al Hammadi.

By his own admittance, the defeat took Ktila by surprise. This time around though, he’s feeling more prepared than ever.

“I will try to take four medals with four world records,” said Ktila, who topped the individual medals table at the Doha 2015 World Championships.

“I train for this and I want to be first every time. Every time I want to improve my records too. Losing the 800m last year gave me more determination - I needed to correct some errors.

“Everybody wants to improve. For me I feel a responsibility - after Rio I told myself I had to work more. But it’s a good feeling I have when everybody is chasing me. I always want to be at a higher level, so I enjoy racing even more now that my competitors are improving too.”

Double world champion in 2011, Al Hammadi has however proved to be a thorn in Ktila’s side this year, too. At May’s Swiss series in Arbon, Al Hammadi beat Ktila to the line in the 800m – breaking the world record in the process.

Then in the 100m T34 in Arbon, Ktila was disqualified for a false start - only to watch as Australia’s Rheed McCracken stormed home in world record time, clocking 14.92 seconds – 0.03 seconds faster than Ktila’s previous best.

Still, Ktila left his own mark too, lowering the 200m, 400m and 1,500m T34 world records over the course of 10 days. The 31-year-old, who won his first major titles back at the London Stadium in 2012, is confident he knows what it will take to succeed in a venue that holds so many special memories.

“In the 800m I must have good tactics - and it’s okay because I feel good, I’m happy with my power and my speed.

“This year I worked very hard and so if I everything is okay in my head I will take a gold medal. As for the 100m, Rheed is a good athlete and he has developed a lot, but in the World Championships I will win gold.

“I’m very happy to return to London because it was where I won my first ever medals. This is a chance for me to win four more medals and I’ll try to do my best record ever in 2017."