The US wheelchair racer can secure the inaugural Abbott World Marathon and US 50,000 dollars with victory in New York on Sunday. 03 Nov 2016
Imagen 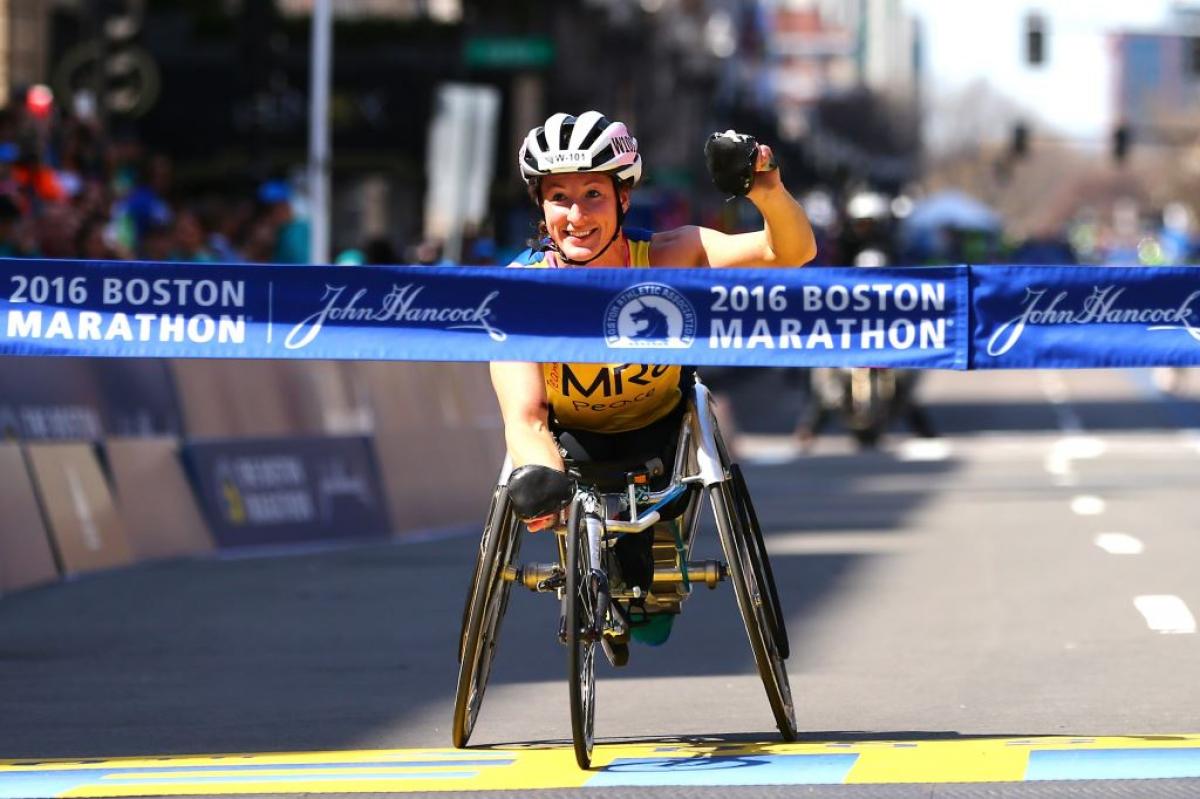 Tatyana McFadden of the United States crosses the finish line to win the women's push rim wheelchair race during the 120th Boston Marathon in Boston, Massachusetts.

US star Tatyana McFadden is aiming to round off a memorable 2016 Para athletics season with a remarkable fourth consecutive victory in the New York City Marathon on Sunday (6 November).

The 27-year-old currently sits on top of the leaderboard in this year’s Abbott World Marathon Majors series with 91 points; only Swiss racer Manuela Schaer is in touching distance, 18 points behind.

The AbbottWMM Series X finishes next year in Boston, USA, although with points from only five of the eight eligible races counting towards the title, McFadden could secure the win in New York.

With the prospect of a USD 50,000 prize drawing ever closer, McFadden is determined to notch up yet another marathon victory - despite a punishing season both on the track and out on the roads.

McFadden has already won marathons in Boston (USA), London (Great Britain) and Chicago (USA) this year, as well as a close second place finish at the Rio 2016 Paralympic Games.

A win in New York would also mean a phenomenal fourth consecutive Grand Slam victory – the quartet of Boston, London, Chicago and New York – underlining just why many regard her as the world’s best female wheelchair racer ever.

“It would be amazing, that would mean I’ve won 16 major marathons in a row which is absolutely incredible. No one has had that feat before so that would be quite amazing,” acknowledged McFadden.

That gruelling schedule was followed by media appearances in New York, then a trip to the White House in Washington DC as the US Paralympic and Olympic teams met with President Barack Obama.

McFadden, who was also a guest on US talk show ‘The Ellen DeGeneres Show’, admitted that “life after Rio is definitely overwhelming,” not that she seems to mind.

“It’s been amazing and really so much fun, but Chicago did hurt a lot, especially coming after the Games when you are coming off your peak. New York is going to be a lot better. Your body’s had more time to recover, to train, and to get back in to the groove.

“There is no rest until New York is over. It’s going to be really tough but we’ve been conditioning well. I just really want to finish the season strong, especially it being a Paralympic and Olympic year,” she said.

McFadden finished second behind China’s Lihong Zou at Rio 2016 – the pair were awarded the same time, but a photo finish showed that Zou’s wheel was just in front. After that defeat, a win in Chicago meant a lot.

“It was really good especially because Manuela (Schaer) and Amanda (McGrory) were there,” said McFadden.

“It was funny because we looked at each other and just kind of told each other, this is going to be a really hard marathon, and we just laughed about it because it was so close after Rio and that was really tough. It’s always nice to have a win, especially living in Champaign and being a resident in Illinois.

“I definitely was proud of my achievements in Rio because I did such a wide variety of events. I’d had such a long week already and such a hectic schedule that to come away with silver in the marathon even though we were tied was fine.”

While McFadden believes that the New York course suits her style of racing, she is not taking anything for granted.

“It’s a really tough marathon for those reasons. Last year we had a tail wind, and it was really hot the year before. You never know what New York is going to give you – that’s the toughness and uniqueness of it.”

One thing is for sure – McFadden deserves the two week holiday in Mexico that she has planned for the end of the year. Although it’s hard to imagine the American relaxing for long.

The 2016 TCS New York City Marathon will be available globally in 175 countries and territories and be broadcast live in the US on ABC7 and ESPN2, on 6 November from 9:00am to 12:30pm ET.

Lihong Zou of China celebrates as she win Gold Medal ahead of Tatyana McFadden USA in Silver Medal position in the Women's T54 Marathon at the Rio 2016 Paralympic Games. 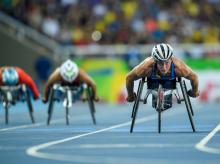 Tatyana McFadden of the USA winning the Gold Medal in the Women's 400m - T54 Final in the Olympic Stadium. at the Rio 2016 Paralympic Games. 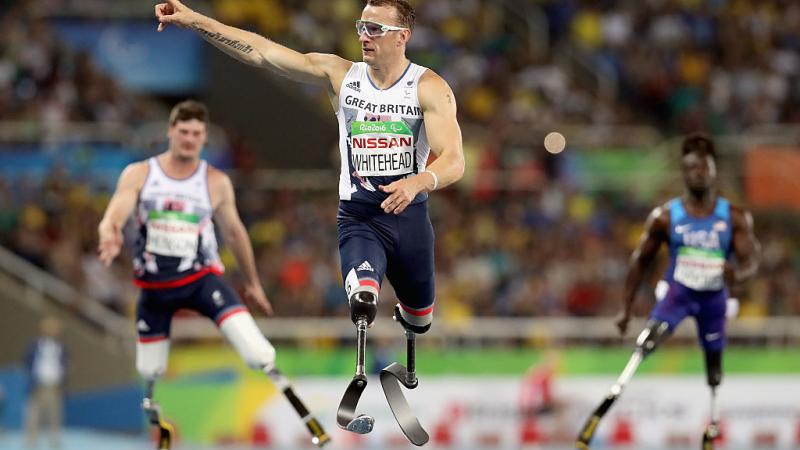