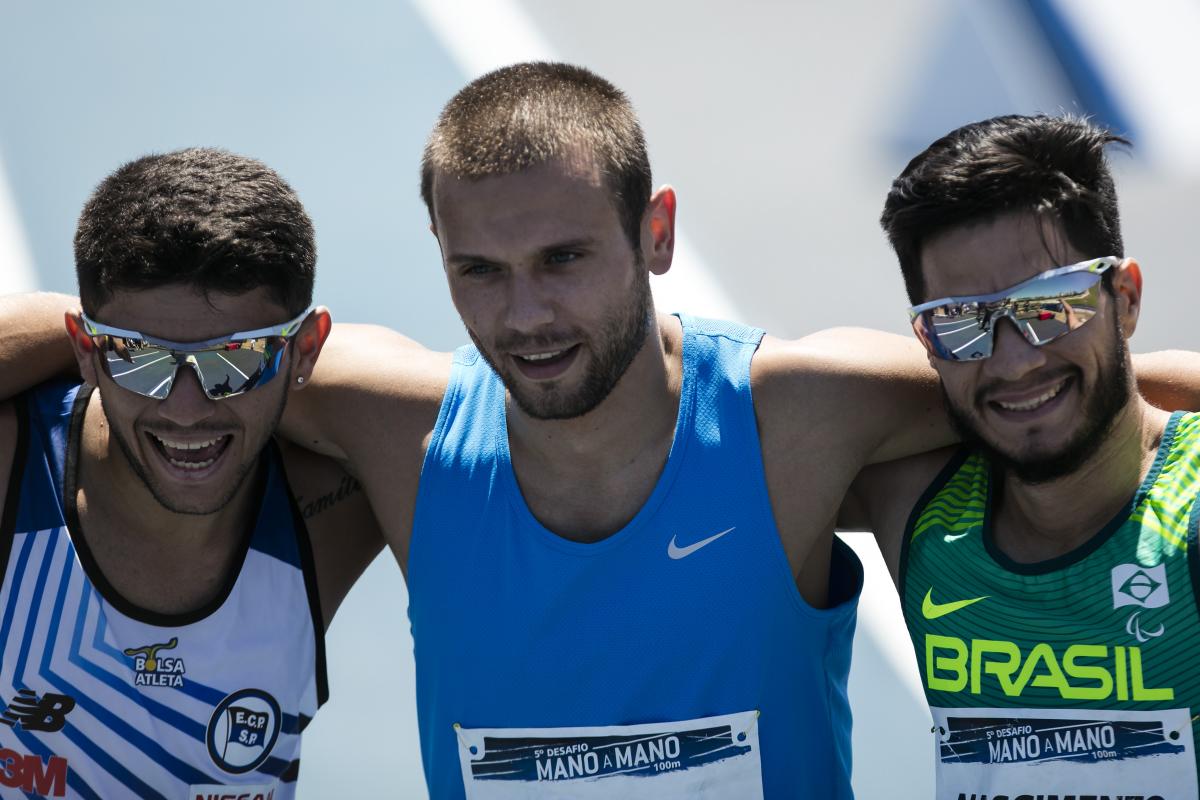 ⒸGetty Images
By CPB and IPC

“I really like my Brazilian friends, they are awesome guys. But Petrucio is very fast.”

Two-time 100m world champion Michal Derus knows the competition in the T47 class has become stronger since Brazil’s Petrucio Ferreira came to prominence two years ago. Rio 2016 was the first Paralympic Games for both the Polish and the Brazilian sprinters and Ferreira delighted the home crowd, setting the new world record to win gold.

Derus finished second that day but, as he returned to the Brazilian city to compete against Ferreira again one year later, he had fond memories of the Rio Games.

“Rio de Janeiro is a good place for me. I made my debut at the 2016 Paralympic Games so it was very special. I didn’t expect to come back to Rio this year and I was very happy for that,” said Derus.

Early in October the 27-year-old took part at the Mano a Mano Challenge, an annual 100m contest in Rio with some of the fastest Para athletes and able-bodied sprinters in the world. Two years ago the event saw Olympic legend Usain Bolt run as a guide for Brazilian blind runner Terezinha Guilhermina.

In 2017 the Para athletics race had Derus again clashing with Ferreira and another Brazilian rival, six-time Paralympic medallist Yohansson Nascimento. The Pole said he gets along very well with the Brazilian duo but admits it has been especially hard to deal with one of them.

“I really like my Brazilian friends, they are awesome guys. But Petrucio is very fast,” said Derus with a smile.

The October race in Rio finished the same way the previous one, when the trio met at the London Stadium for the T47 100m final at the 2017 World Para Athletics Championships: Ferreira first, Nascimento second and Derus third.

“It was my last race this year so the result was not the best. But it was good to compete against my friends again.”

Next year Michal Derus main challenge will be the World Para Athletics European Championships in Berlin, Germany, in August. But this time he will be defending his title from 2014 and 2016 with no Brazilian around. 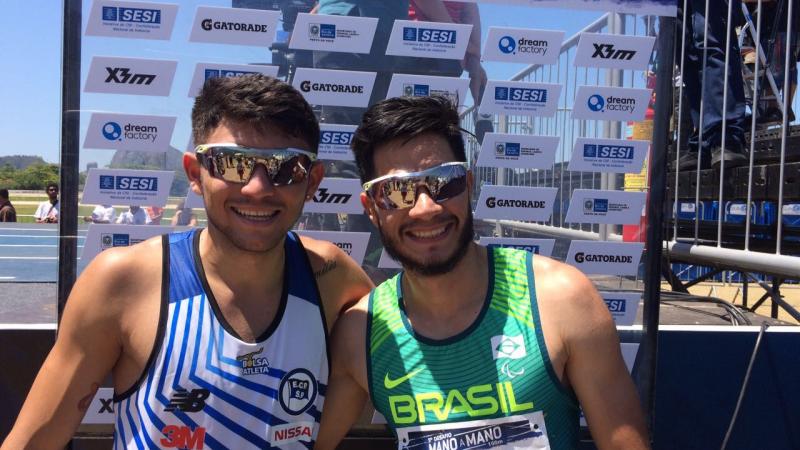