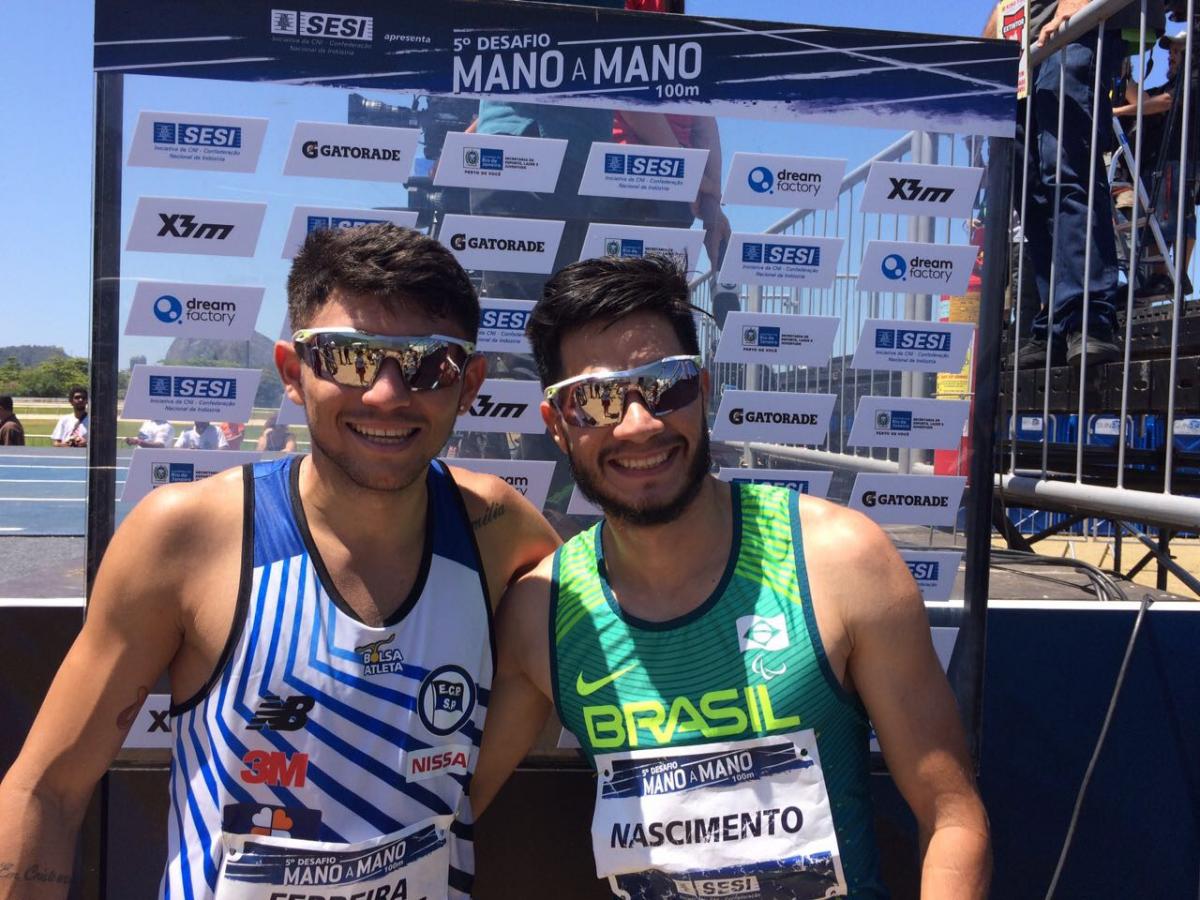 Brazil's Petrucio Ferreira once again got the best of his fellow countryman Yohansson Nascimento and Poland's Michal Derus as he beat them on Sunday (1 October) in the 100m T47 race at the 'Mano a Mano' challenge – on a track built at the Jockey Club in Rio de Janeiro.

Ferreira clocked 11.06 seconds and was followed by Nascimento (11.20) and Derus (11.34) as the three finished in the same order as at the World Para Athletics Championships in London in July.

It was also the first time the trio met in Rio since the 2016 Paralympics T47 100m final. As in last year’s race, Ferreira was the one celebrating in the end.

"It is really good to be back in Rio one year after the Paralympic Games. I'm glad I was able to win and get to the top of the podium here again," said world record holder (10s53) Ferreira.

"Rio de Janeiro could see one more close race and once again a Brazilian one-two result. We’re at home and nobody was going to beat us here," said the Brazilian.

Third-placed Derus admitted it was not his best performance.

"This was my last race in the season and the result was not so good. But I liked the competition and it was nice to be back in Rio again."