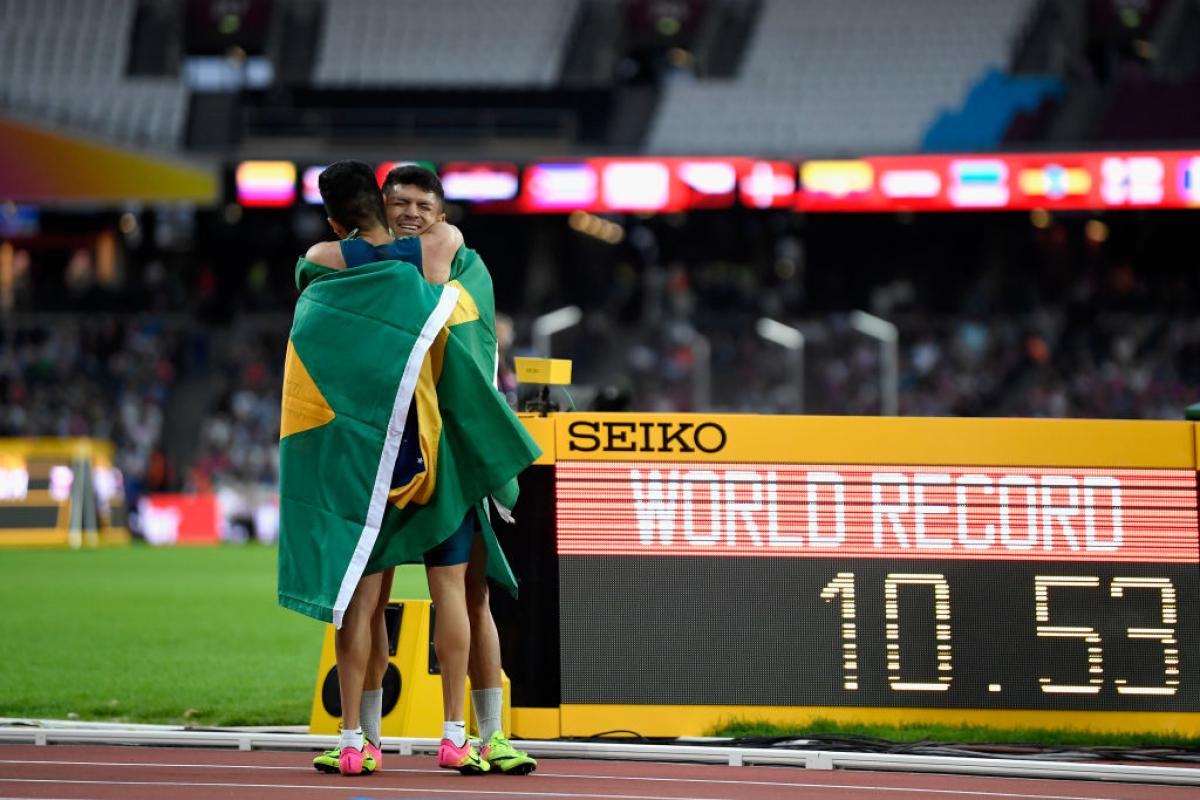 Rio de Janeiro will see a rematch of the 2016 Paralympic Games T47 100m final on Sunday (1 October) when Paralympic and world champion Petrucio Ferreira face his fellow Brazilian Yohansson Nascimento and Poland’s Michal Derus at the ‘Mano a Mano’ challenge.

World record holder Ferreira beat the two rivals both at Rio 2016 and at the World Para Athletics Championships in London in July. Derus took silver at Rio 2016 with Nascimento finishing third but at London 2017 the two swapped places

“I am very happy for having received the invitation to participate in the ‘Mano a Mano’ challenge,” said 20-year-old Ferreira. “I am training well and want to give my best and do what I like the most. I invite our fans to participate in this nice event in Rio as well. I hope them to come in order to achieve a good result.”

Nascimento added: “I always wanted to participate in an event like this, it’s a super-event. It’s an opportunity for the athletes to showcase their abilities in front of their fans. Without a doubt, it will be an incredible race with Petrucio and Derus.”

The event it is the same where two years ago Usain Bolt participated with Brazilian Paralympic champion Terezinha Guilhermina.

More information is available on the Brazilian Paralympic Committee’s website.