As the countdown to London 2017 continues, top Para athletes talk about their biggest rivals 20 May 2017
Imagen 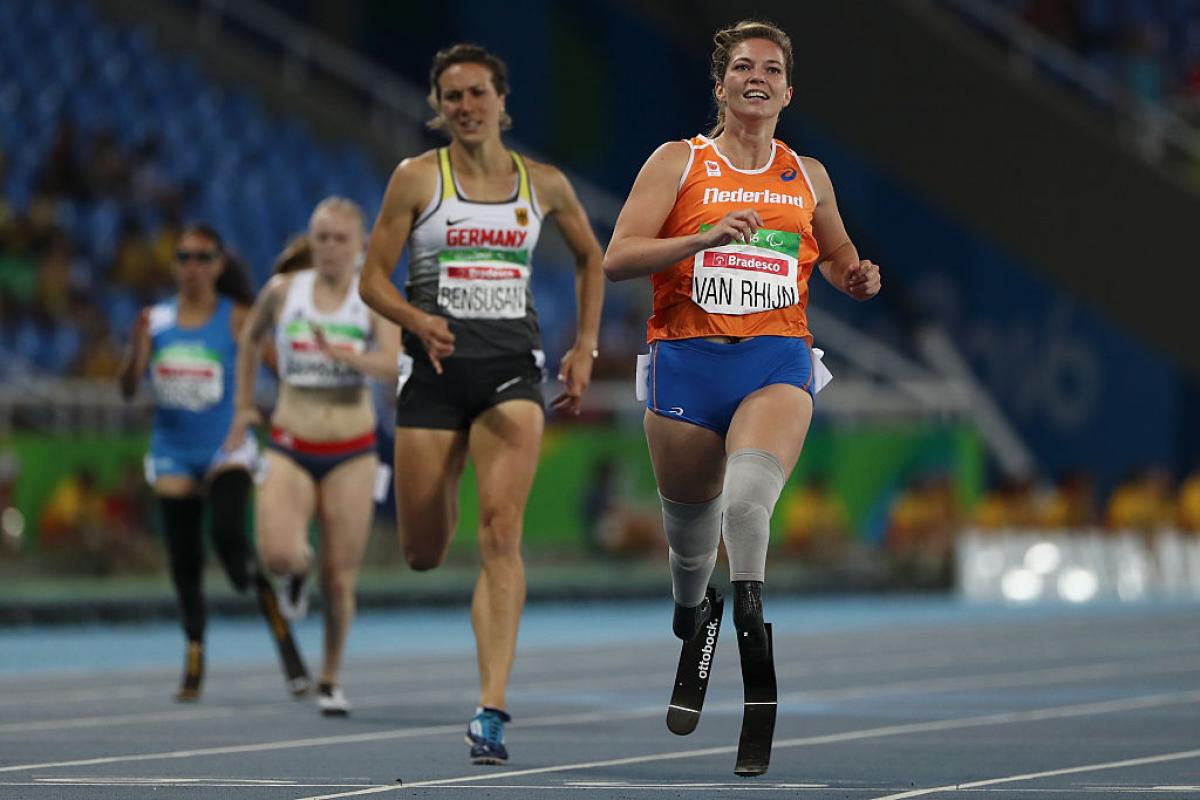 Multiple world and Paralympic champion Marlou van Rhijn is used to winning; for the last four years, she has dominated women’s T43/44 sprints.

While Kamlish was not able to replicate that sort of time in the final in Rio, crossing the line fourth in 13.16 seconds, she left her mark – both in van Rhijn’s mind and in the record books.

The pair are likely to race again at July’s World Para Athletics Championships, where the Briton will have the support of thousands of home fans behind her.

“I love that my biggest opponent is a Brit because Para athletics is so big in Great Britain. If we can put on a good race and make people watch, then hopefully Sophie can also inspire people to get out and run.

“It’s good that girls are starting to run faster because it makes it more interesting to watch. Sophie is fairly young, and it’s good to have girls who can perform well and who will hopefully inspire more girls to take up the sport and to race each other.”

As a double below the knee amputee sprinter, van Rhijn’s start is slower than her opposition from the T44 class. This means she spends the early stages of each race chasing down those, such as Kamlish, who are quick out of the blocks.

But playing catch-up is a situation she enjoys – in fact, van Rhijn regards the 20-year-old’s quick reaction to the gun as a bonus.

“I’ve always liked racing Sophie as she has a very fast start. I remember when I ran below 13 seconds for the first time it was in a race with her, and she was a great help. She had such a fast start that I could use that to help me push through the race,” explained van Rhijn, who has broken the T43 world record no fewer than nine times in the last five years.

“Secretly I find that really fun because I like the thrill of the chase. Before, when I was really far ahead of the rest I really had trouble working towards the finish line, because once I was ahead I would just ease through the finish line.

“But if you want to run a faster time, it is nicer to have a longer chase as it will make you run faster all the way towards the line.”

If proof was needed that competition is heating up for the Netherlands’ golden girl, Rio 2016 provided just that.

Kamlish may have given her all in the semis, but in the final Germany’s T44 sprinter Irmgard Bensusan caused many Dutch fans to hold their breath.

It wasn’t until the final few metres that van Rhijn caught up, crossing the line in 13.02 seconds, just 0.02 seconds ahead of Bensusan - although she is adamant the final outcome was never in any real doubt.

“People in Holland are still talking about how I took years off their lives when they watched that race,” laughed van Rhijn, who had the fourth fastest time going in to the final.

“I think I felt that I won earlier in the race than other people did, as I felt that my speed was faster. When you pass the other athletes, you feel that your top speed is higher than the rest. So I didn’t feel like it was that close.”

Just how close Kamlish, Bensusan and the rest of the field can get to catching van Rhijn at London 2017 remains to be seen, but the stage has certainly been set for one of the most exciting women’s 100m T44 finals yet. 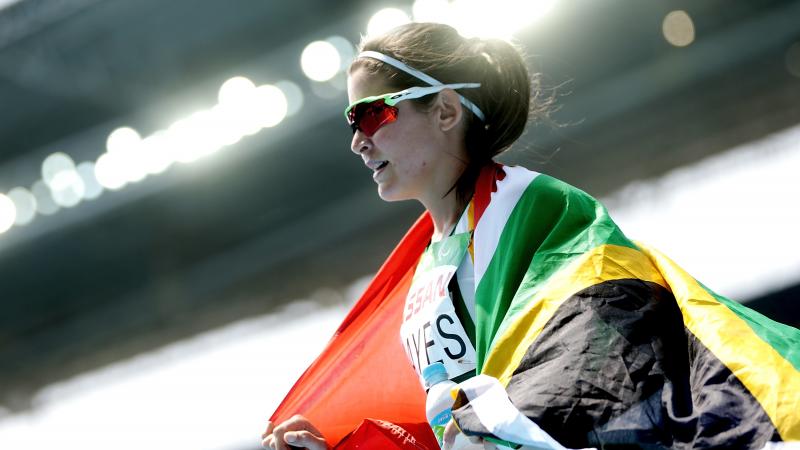 Athletics
My toughest opponent by the USA's David Blair