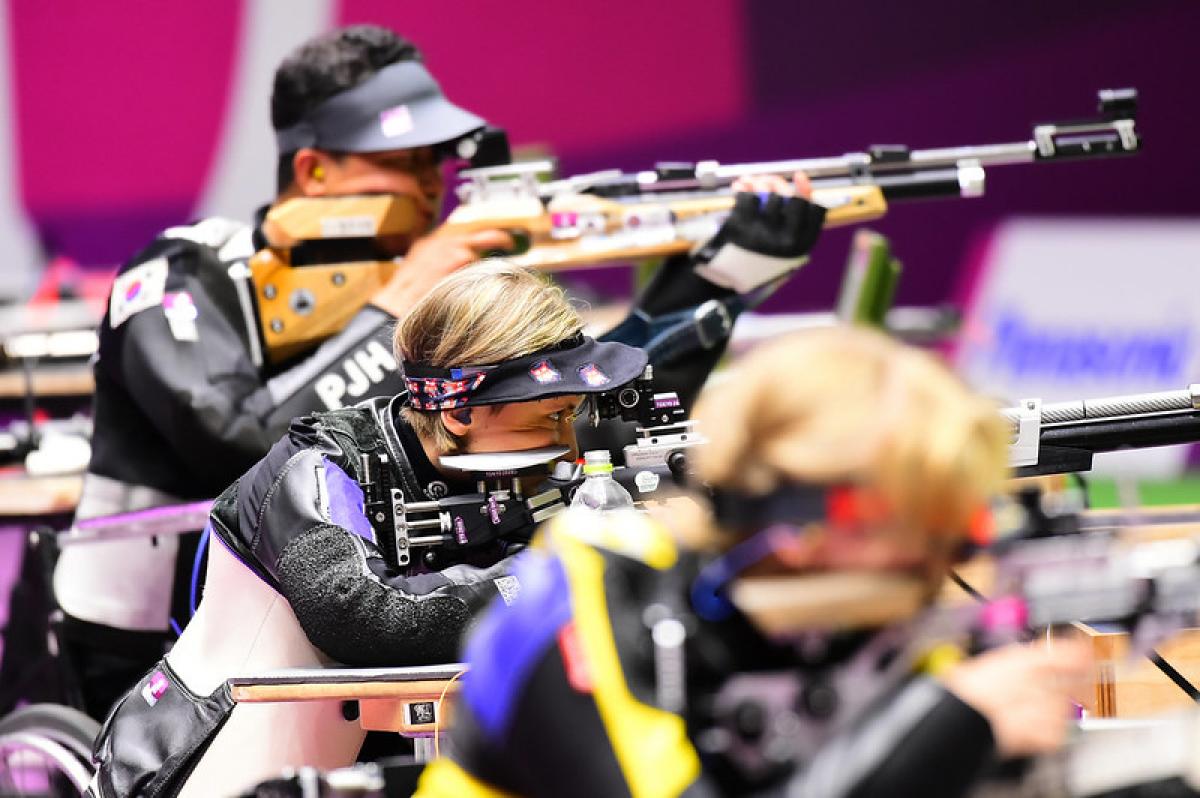 A Serbian World Championships multi-medallist finally taking the podium that had eluded him and Germany’s first Paralympic shooting gold in 17 years highlighted day three at the Asaka Shooting Range on Wednesday (1 September).

Natascha Hiltrop seized her first Paralympic gold medal after the closest of finals at the Tokyo 2020 Paralympic Games, upgrading from the silver she won at Rio 2016.

Although Park’s last shot was a 10.7 it was not quite good enough to beat Hiltrop with a 10.6.

"It's important in shooting not to think about things unrelated. I just tried to shoot as best as I could and hope that it would suffice,” said Hiltrop of the nerve-jangling last shot.

It was a second medal for Park, to go with the bronze he collected in the R1 – men’s 10m air rifle standing SH1 event on Tuesday.

Serbia’s Dragan Ristic, twice world champion in this event and a Worlds silver medallist in Sydney, Australia, in 2019, led at every stage of the competition, but was pressed hard by two-time Paralympic champion Vasyl Kovalchuk from Ukraine.

Ristic - whose medal was the first of the Tokyo 2020 Paralympic Games for Serbia - scored three perfect shots, compared to two for Kovalchuk.

"This means a lot to me. I'm happy that the first medal was a gold medal, and that it will be an engine to power my teammates from shooting and other sports to achieve good results," Ristic said.

Slovenia’s Francek Tirsek took the bronze, his second podium at the Games following the silver in the R4 – mixed 10m air rifle standing SH2 on Monday.

The shooting action continues on Thursday with a single final, in the P3 – mixed 25m pistol SH1.

Complete schedule, results and medallists are available on Paralympic.org.