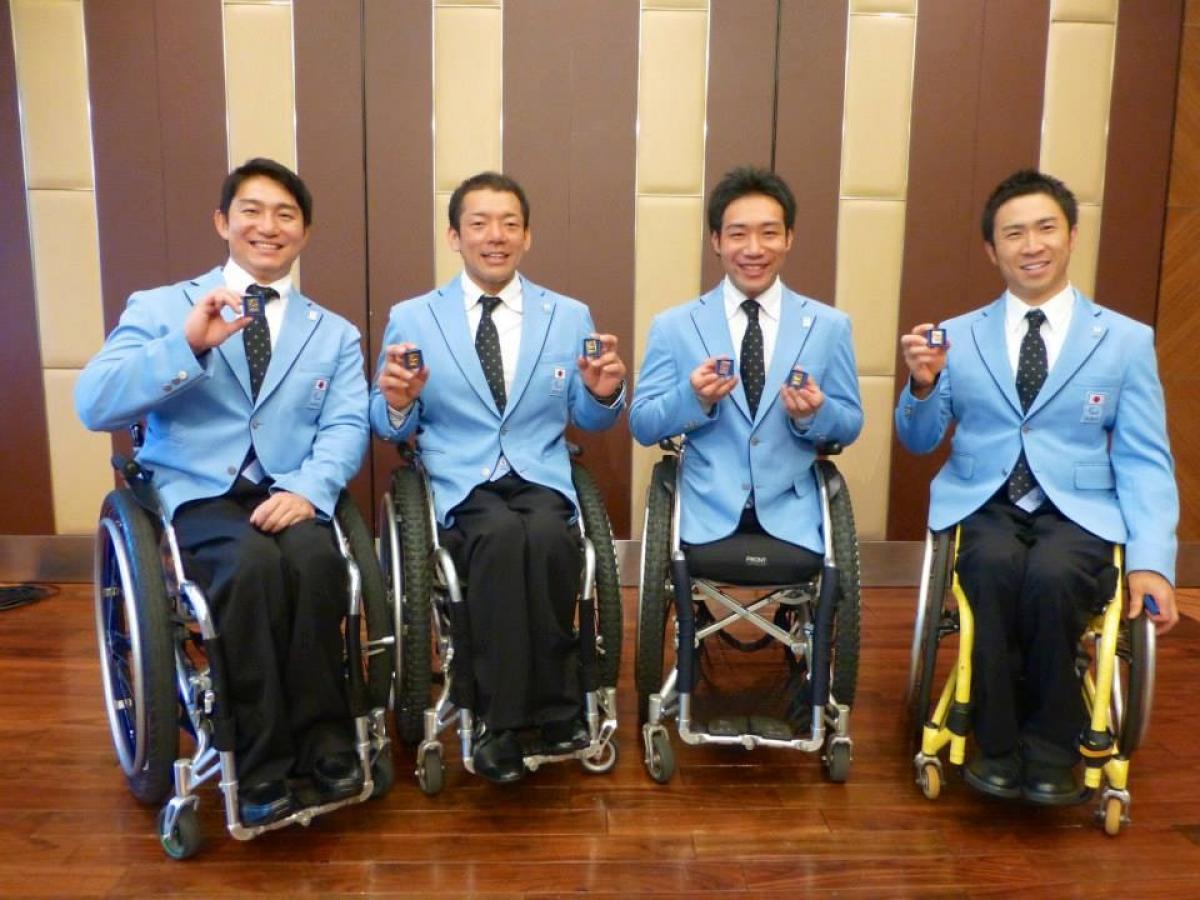 Dedicated pin badges awarded to all Paralympic medallists from the Sochi 2014 Paralympic Winter Games onwards have started arriving in Japan.

“It's a great honour to be awarded these unique pins from the IPC and we are very proud of this," said the four medallists.

At the end of June, the International Paralympic Committee (IPC) announced that it will formally honour all medallists from Paralympic Games for the first time, by awarding them with dedicated, unique pins.

The pins, which are coloured gold, silver and bronze, will be given to winners of medals according to their results, including the guides of visually impaired athletes.

Paralympians will receive one pin for each medal they have won.

A total of 182 athletes and guides from Sochi 2014 will receive 363 of the first edition pins, which are made distinctive by the use of the official typeface of the Games. They have been designed in consultation with the IPC Athletes’ Council.

The next Summer Games in Rio 2016 will see athletes across 526 medal events receive the honour, which was proposed and ratified by the IPC Membership at the General Assembly in Athens, Greece, in November 2013.