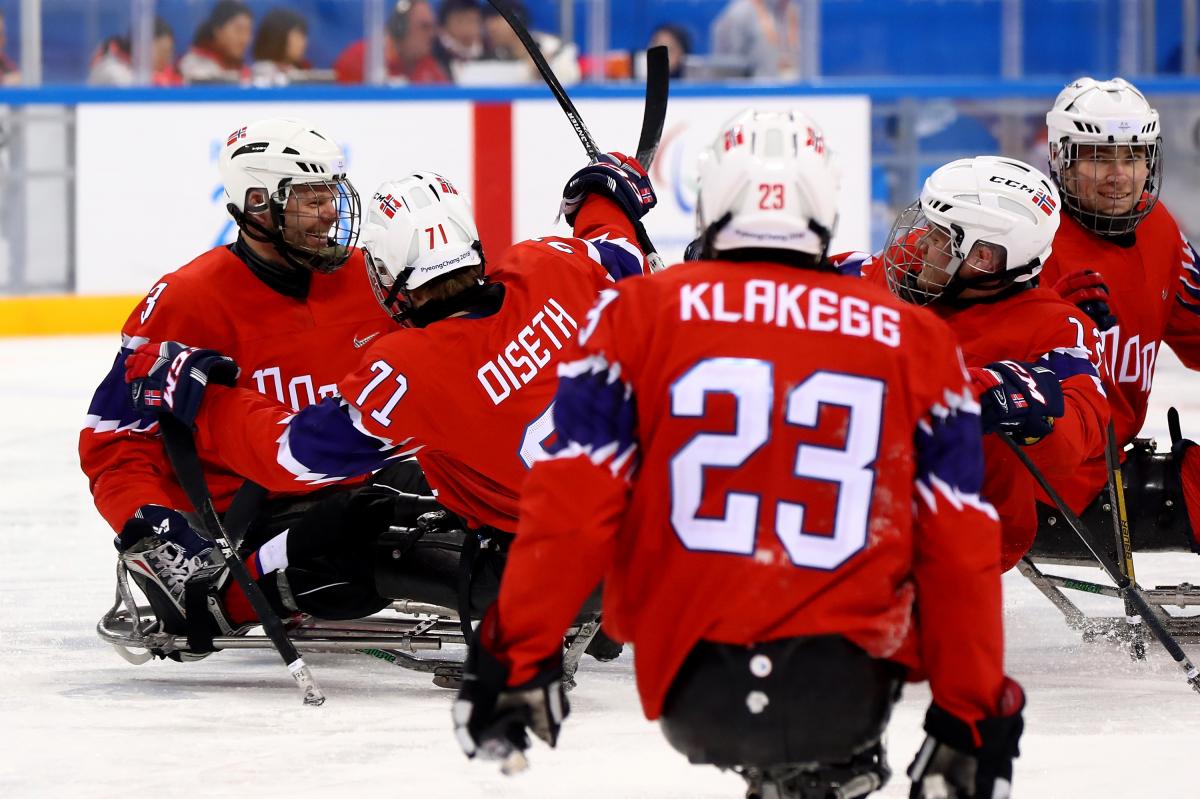 Norway won all three of their games against Sweden and Italy took two of three from Germany in their respective Para ice hockey series last weekend.

Both series served as tune-ups for the World Para Ice Hockey European Championships that will take place from 19-25 April in Ostersund, Sweden.

Norway swept its series with 3-1, 5-4 (overtime) and 2-1 victories against Sweden, as Ola Oiseth, who made his Paralympic debut in 2018, scored four goals in the series.

Veteran Morten Vaernes scored twice for Norway, including the game-winner in the overtime period, and had four assists during the series. Forward Per Kasperi and defenceman David Nilsson led Sweden’s effort with two goals apiece in the series.

Italy, the reigning Paralympic silver medallists, defeated Germany in two of its games by scores of 2-0 and 4-3, and lost the other game 2-1.