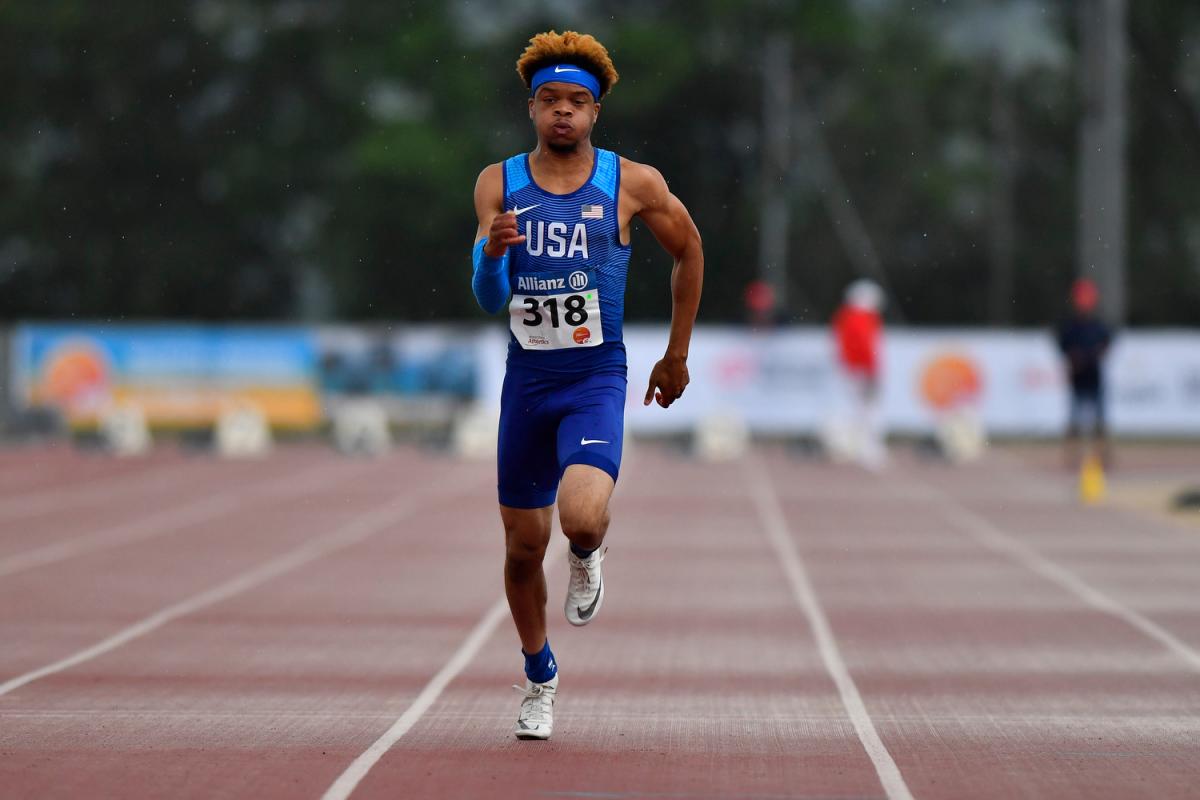 The USA’s Noah Malone was one of a host of emerging young stars to shine on the second day of the World Para Athletics Junior Championships in Nottwil, Switzerland.

Malone has been on the rise nationally. But on Friday he marked his Team USA debut with an international victory in the men's 100m T12 in 10.92, despite swirling wind and rain at the Swiss Paraplegic Centre.

Others to have had a fine day were Malone’s teammates Jackson Atwood, who won his second gold ahead of Portugal’s Rafael Neto in as many days in the men's 100m T54, and Joel Gomez, who dominated from start to finish in the men's 1,500m T53.

South Africa’s Puseletso Mabote returned to the track a day after becoming a world-record holder to take silver in the men's 100m T45-T64 in a race won by Jose Martins Da Costa as the Brazilian claimed his second title of the meet.

The 17-year-old only made his Para athletics debut in May 2018, but he has made great progress under coach Andrew Ponsler. Nottwil marks his first trip outside the United States.

“This has been one of my best memories in track and field,” Malone said. “I’ve met so many people, I’ve learned so many things and just the environment, I love it - so words can’t describe it.”

Malone’s world changed on his first day of eighth grade when the 13-year-old found he could not see what the teacher had written on the board.

He was diagnosed with Leber’s hereditary optic neuropathy which leads to a loss of central vision.

“I had to do a lot of adjusting, a lot of accepting, a lot of transitioning in the classroom, on the track and in life,” he said. “It was hard but I did get through it. It was just a lesson overall.

“I was a very big basketball person and I even tried out for the basketball team in eighth grade with my vision loss and I made the team but the games were too fast-paced so I had to stop basketball but I still had track.”

It was the intervention of a teacher at the Indiana School for the Blind two years ago that made a real difference.

Knowing of his athletic talent, she put him in contact with Cathy Sellers, Team USA’s former Paralympic track and field director.

“Para sport has helped my confidence a lot because obviously there is a bunch of visually-impaired people here. I talk to them, I learn from them and it just has helped that I have a platform to still compete competitively.

“I would love to do both if I had the opportunity and I keep working hard and times keep dropping, I would sure jump at the opportunity to do both. Hopefully when I am a little bit older I can get there, maybe during college. That would be a goal of mine.”

Malone comes from a track-loving family. His parents Kyle and LaTasha both ran in college and his 11-year-old sister Zion also competes.

“I am always around them, they are very good with helping me, they know me the best so they have really brought me through it for sure. I couldn’t do it alone.”

Next up following Nottwil are the Parapan American Games in Lima, Peru, and potentially a trip to the World Para Athletics Championships in Dubai in November.

He will compete against senior athletes at Lima 2019, a prospect he describes with “nervous excitement.”

“That’s a good way to put it. Every day I’ve been really hyped and excited to just run because I just love to run. All the experience I am having and continue to have - I learn from them all and I am just excited.”

The World Junior Championships takes place until Sunday and can be watched live on World Para Athletics website and Facebook page.