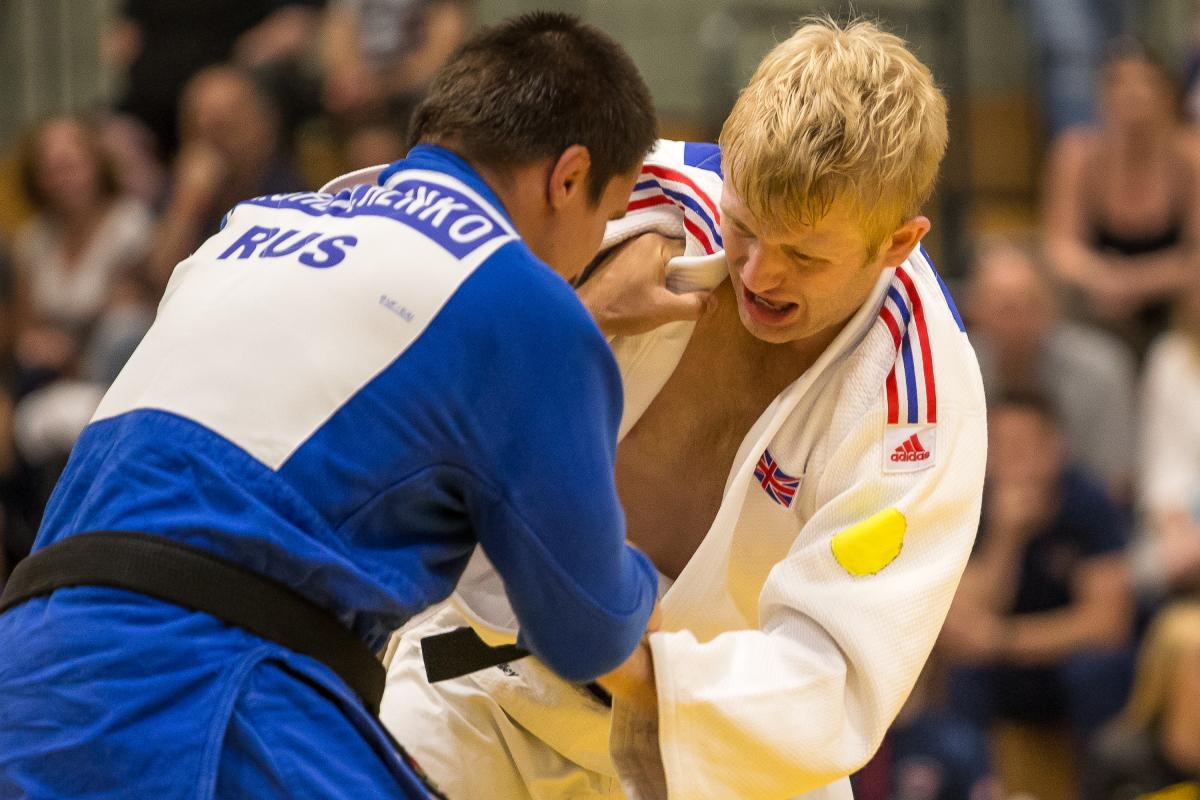 “I like to beat everyone but obviously I want to beat the likes of Gogotchuri and Choi. I want to take those scalps this time and prove that I really am of this level and show the world I’m here to stay.”

As the clock ticks down to the 2018 World Championships in Odivelas, Portugal, British judoka Chris Skelley is zoning in on his goals. The 25-year-old made his Paralympic debut at Rio 2016, securing fifth place in the men’s up to 100kg.

Despite an impressive result for a first timer it was not the start Skelley had dreamed of. But now he is determined to return to the mat in Odivelas and make his name in one of the toughest weight categories.

“I like to beat everyone but obviously I want to beat the likes of [Zviad] Gogotchuri and [Gwang Geun] Choi. I want to take those scalps this time and prove that I really am of this level and show the world I’m here to stay.”

Georgia's Gogotchuri and South Korean Choi are two of the most formidable athletes in Skelley’s weight category. Choi is the up to 100kg Paralympic champion while Gogotchuri has made the move up after winning gold in the up to 90kg at Rio 2016.

So is Skelley going for gold?

“I think everyone’s targeting first place to be honest. I’m going to try and do my best and win it and if not I’ll give the best possible performance on the day.”

Speaking ahead of the competition’s opening on 16 November, Skelley is nearing the end of an intense training period.

In September the British team travelled to Japan for a two-week training camp. Since then they have been preparing at the British Judo Centre of Excellence in Walsall and in Hannover, Germany.

In Great Britain, Paralympic and Olympic judokas train alongside each other in an integrated programme, offering the chance for both sets of athletes to access the very best facilities and experts.

That helped Skelley to reach the podium at the World Cup in Atyrau, Kazakhstan, in September. Despite losing to Gogotchuri, Skelley left satisfied.

“I wanted to win it obviously but I tried my best and had a good performance on the day and got second place. But hopefully we’ve improved on the areas I need to improve on and ready for the World Championships.

“We’re just making sure that I’m doing the basics of judo right and keeping it as simple as possible to get the best quality of judo out of it.”

Crucially former rugby player Skelley believes his strengths are: “My fitness and my conditioning. My kind of awareness not to give in. Just having lots of heart and sticking with it.”

Odivelas 2018 also offers the chance for athletes to secure points for the world rankings. These will determine who gets a ticket to the next Paralympics in Tokyo in 2020.

Skelley is fully aware of the challenging road ahead and is taking it step by step. He hopes he will get the chance to improve on his Rio 2016 performance, but is keeping his aspirations under control.

“It’s going to be an amazing time for me. I’m just trying to concentrate competition by competition and not get ahead of myself.

“I think I just focus on my next performance and try to make it the best one I can possibly do and then by then Tokyo will come round and what will be, will be. It’s a very tough category, you can’t really get ahead of yourself.”