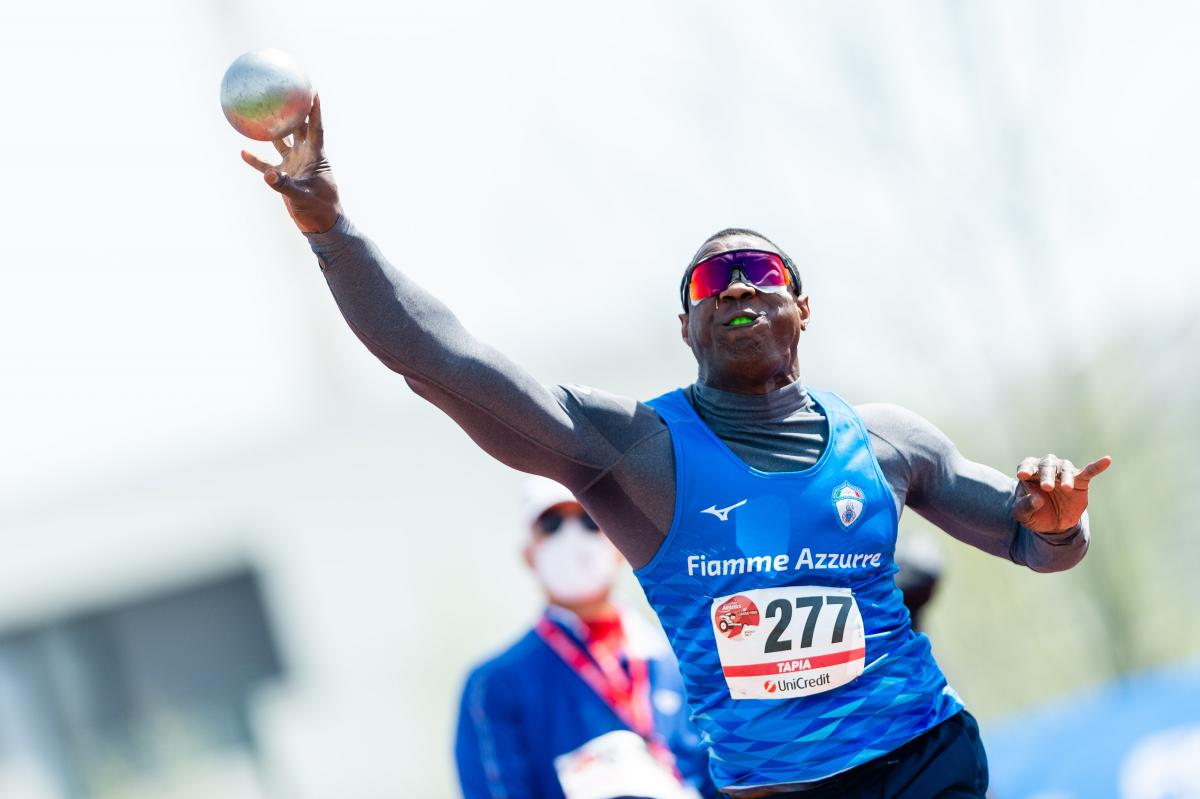 The three-day competition marked the first time the Italian city joined the Grand Prix season, as the third leg in the 2021 calendar, with 275 athletes from 33 participating nations.

“This was an important competition for me. I worked a lot to be in great shape here. Now I am a little bit tired, but I’m taking home some great results from Jesolo”, said Tapia.

The Cuban-born Italian athlete had a standout performance on Sunday throwing 40.82m for gold in his fourth discus attempt.

“I have worked very intensively with my coach and I hope to see the results a little bit every day. I have to go slow, for now, I have expectations only from my technique”, added the 45-year-old thrower.

We're live with the last event of the Jesolo 2021 Grand Prix.

Dubai 2019 World champion Luca Ekler from Hungary was another double gold medallist in Jesolo. She competed in the women’s 200m and 400m T38 and won both races.

“It was a great start to the outdoor season. I can’t wait for the next competitions”, said Ekler.

“I am a little bit disappointed with my times because I ran faster two weeks ago at home. As the time goes, my performance will be better”, explained the Hungarian athlete who was expected in the women’s long jump T38 event, but did not compete due to an injury.

Paralympic and world champion Raoua Tlili of Tunisia also claimed two victories at the Grand Prix. She followed up her win on Friday in the women’s discus throw F40-46 with another gold in the women’s shot put F40-41/46 on Saturday with a throw of 9.79m.

“I am very happy with the result. I have prepared well for this competition thanks to my coach, but my objective is Tokyo 2020. I want to qualify and win a gold medal there”, Rodriguez said.

Italy’s new star Ambra Sabatini did not disappointed the home fans in her first international competition in the country. The 19-year-old world record holder in the women’s 100m T63 won the race in 15.62.

Nicky Russo gave hosts another reason to celebrate. He claimed a National record in the men’s shot put F35-38 (12.88m in his fifth attempt).

Jesolo, near Venice, held the Grand Prix behind closed doors and with COVID-19 protocols in place.

Following the Grand Prix in Dubai in February and Tunis in March, the season will now take a small break before it resumes in Nottwil, Switzerland from 14 to 16 May.

Complete results from Jesolo 2021 can be found here.