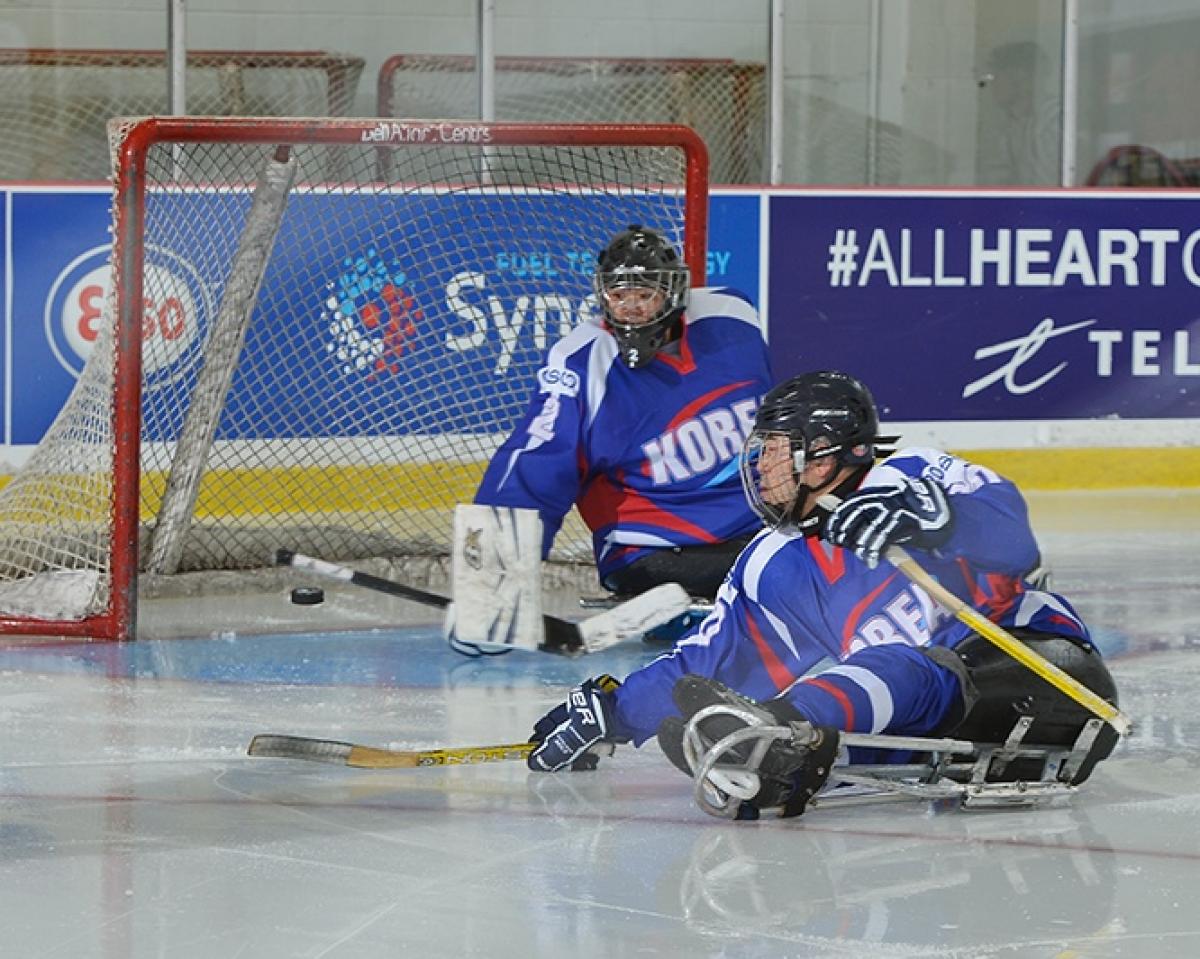 2016 World Sledge Hockey Challenge is taking place in Charlottetown, Canada, between 4-10 December, with the hosts, the USA, South Korea and Norway competing.

Declan Farmer netted two goals, including the overtime winner 1:14 into the extra frame, to lead the USA past Canada, 2-1, in overtime in the final preliminary-round game at the 2016 World Sled Hockey Challenge in Charlottetown, Canada on Wednesday (8 December).

“We did the right things at the right time tonight,” said Jeff Sauer, head coach of the US team. “It’s a great team win and we look forward to getting back out there right away tomorrow against Korea.”

With the victory, Team USA (2-1-0-0; W-OTW-OTL-L) earns the top seed heading into semi final action where it will face South Korea on Friday (9 December) with a berth in Saturday’s Championship game on the line. The matchup will be streamed live at HockeyTV.com, in addition to being updated live on Twitter @USAHockeyScores.

The US had a pair of power-play opportunities in the opening frame, but Canada entered the first intermission with a 1-0 lead off a power play goal by Tyler McGregor with 8:01 remaining in the first period.

Farmer tied the game for Team USA just 45 seconds into the second period off a pass from Brody Roybal. The play started when Roybal entered the Canadian zone at centre ice and slid a behind-the-back pass to a streaking Farmer, who collected the puck and beat Canada’s netminder Dominic Larocque glove side.

Goaltender Steve Cash was called upon shortly after the tying goal, making a pair of diving saves to keep the score tied, 1-1, after two periods.

The teams traded chances in a wide-open third period, but neither could find the go-ahead goal.

In the overtime period, Farmer took a pass from Nikko Landeros in the neutral zone and broke in alone on goal before tucking the game-winning goal beneath the crossbar just 1:14 into the extra frame. Farmer now leads the tournament with six tallies and 11 points.

Cash finished with 14 saves to earn the victory.

Magnus Bogle assisted on goals from Morten Vae rnes, Loyd Remi Solberg and Emil Sorheim and Norway scored a 3-1 win over South Korea for its first win of the 2016 World Sledge Hockey Challenge.

Værnes also picked up assist, as did Audun Bakke and Knut Andre Nordstoga.

Woo-Chul Park had the lone goal for Korea. Jae-Woong Lee took the loss in net.

Wednesday’s game marked the first meeting between the teams at a World Sledge Hockey Challenge, and 1,000 schoolkids were there to cheer them on.

The only goal of the opening period was scored by Norway on the power play. Bakke barely kept the puck in at the blue-line and continued to control play up high. He left a pass for Bogle, who in turn gave the puck to Vaernes. Vaernes’ shot from outside the top of the left face-off circle beat Lee short side.

South Korea’s best shot at a goal in the opening 15 minutes came when the team was awarded a penalty shot, but Hamar came up big with a blocker save on Young-Sung Kim

Korea upped the physical play in the second period, throwing more checks to try and get Norway off its game. Norway, however, was unfazed and continued to create more scoring chances.

With two minutes to play in the second period, Bogle picked up his second assist of the game, when he sent a short pass to Solberg, who slid the puck in five-hole from the top of the crease.

Park broke up Hamar’s shutout bid with seven minutes to go in regulation. A loose puck found its way between the top of the left circle and the blue-line, where with a quick flick of the wrist Park sent it high into the net.

Norway got that goal back late in the third. Bogle left a drop pass for Sorheim, who went low glove side with a shot from the high slot.

The USA will play South Korea and Canada will play Norway on Thursday to decide who will play in the Championships game.

More information about the 2016 World Sledge Hockey Challenge can be found at Hockey Canada’s website. 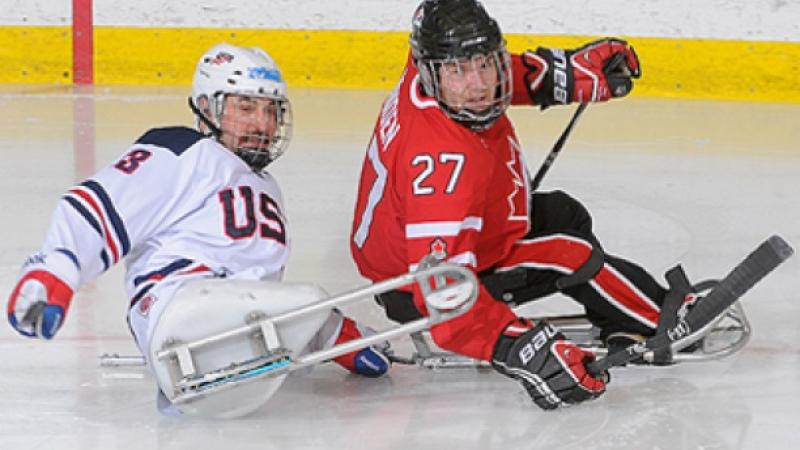