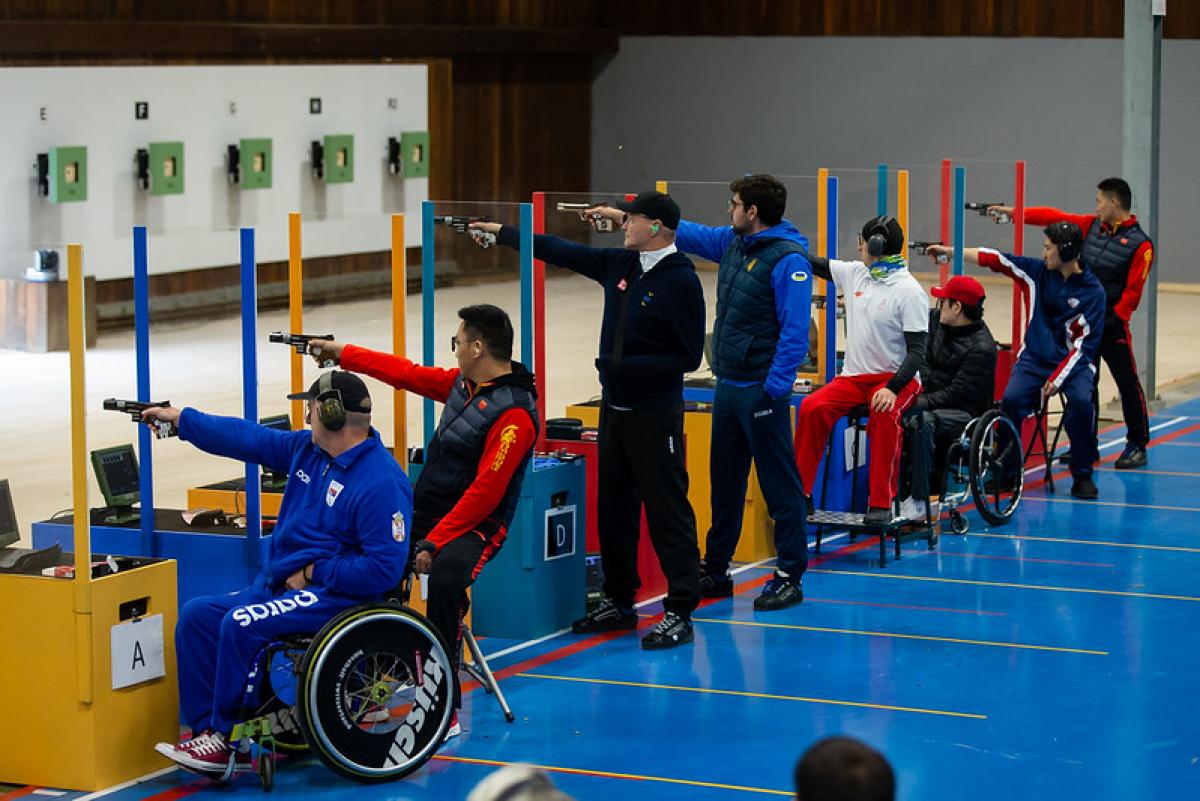 Day Four of shooting Para sport at the Tokyo 2020 Paralympic Games is expected to witness a repeat of Sydney 2019 World Para Shooting Championships.

Just one final – the P3 - mixed 25m pistol SH1 – will be played on Thursday, 2 September at the Asaka Shooting Range.

A thrilling contest is on the cards with World Championships medallists from Sydney 2019 and Cheongju 2018 waiting to make strong presence in Tokyo.

China’s Xing Huang should be ready to defend his Rio 2016 Paralympics title but Ukraine’s Oleksii Denysiuk, who picked up his career’s first major title at Sydney 2019 Worlds, would be eager to progress further the semi-finals this time.

For Denysiuk, all his eyes will be on the Paralympic gold medal. Having found his ‘moment of glory’ after three years of continuous hard work, he wants to keep going the momentum.

“There is nothing left to achieve until the Tokyo 2020 Paralympics,” Denysiuk had said.

“I was working on the habit of having the same movement, and after three years the habit has developed,” he added.

Ukraine will also have Iryna Liakhu, the two-time World Champion in P2 and P5 events at the Sydney 2019 Worlds, will boast the nation’s medal chances.

South Korea’s Youngkyun Seo, a former world champion in Suhl 2014 in Team Event P1 and P4 and silver medallist in the category, should make the battle for medal exciting.