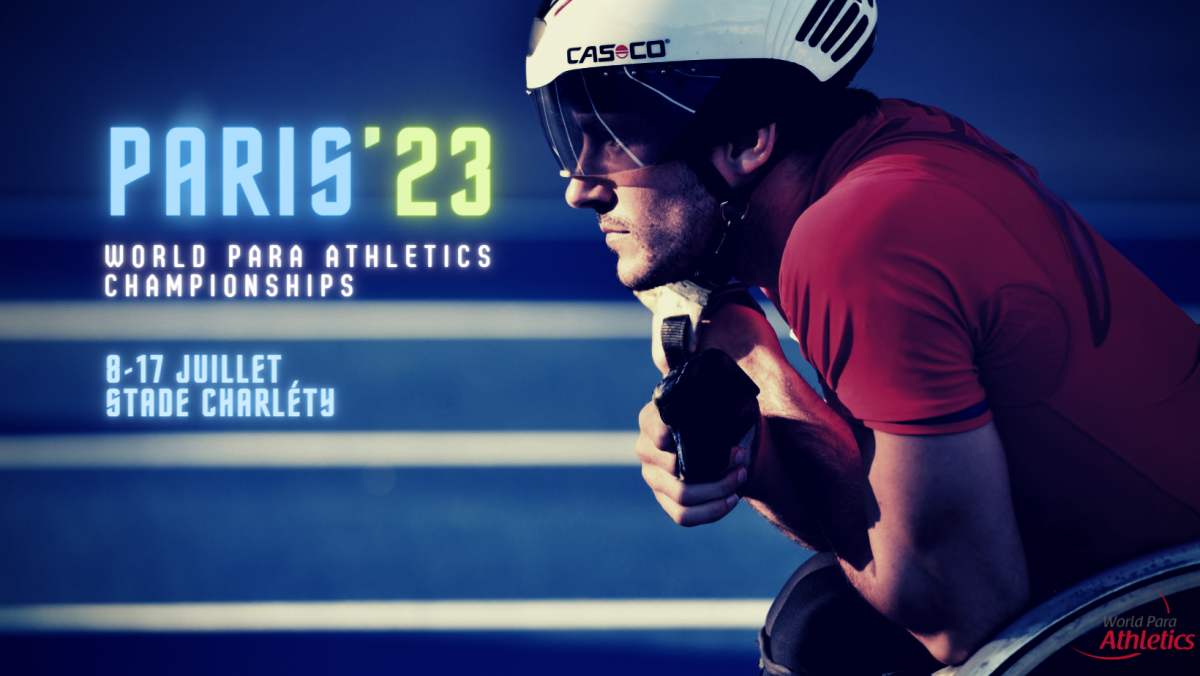 Paris will host the World Para Athletics Championships for the first time from 8 to 17 July 2023.

The announcement was made on Thursday (9 December) by World Para Athletics, the French Handisport Federation (FFH), the NPC France, the City of Paris, the Ministry of Sport of France, the Ministry in charge of disabled people.

The World Para Athletics Championships is set to be the biggest Para sport event to take place in the French capital before the Paris 2024 Paralympic Games.

The competition will be held at the Charlety Stadium which is a familiar venue to many of the world’s best Para athletes as it has hosted World Para Athletics Grand Prix since 2017.

🚨 @Paris 🇫🇷 will host the World #ParaAthletics Championships from 8 to 17 July 2023!

The virtual announcement also had the participation of the French Secretary of State in charge of People with Disabilities, Sophie Cluzel, the Deputy Mayor of Paris, Pierre Rabadan, and the President of NPC France and four-time Para athletics world champion, Marie-Amelie Le Fur, alongside French Para athletes Arnaud Assoumani and Alexandra Nouchet.

"We are very proud to work on the World Para Athletics Championships Paris23 project. We are already visualising it, we are already dreaming about it, with all the synergies and the legacy it can bring. I am confident thanks to our knowledge, after the successes of Villeneuve d'Ascq 2002, Lyon 2013, the World Para Athletics Grand Prix in Paris, and all the international competitions that we have already organised in other sports. I am pleased with the support from the institutional partners, who immediately positioned themselves on the starting line alongside us. What a fantastic opportunity to celebrate athletes from all over the world, one year before hosting the Paris 2024 Olympic and Paralympic Games.”

“World Para Athletics is extremely happy to announce that Paris will host our World Championships for the first time in 2023. The city’s record of hosting successful sporting events speaks for itself and we know the impact Para athletics can have in changing attitudes towards persons with disabilities and transforming lives on and off the track. Paris 2023 has a potential to deliver the best World Championships ever with a clear vision for a post-event legacy embracing the values of inclusion, diversity, accessibility and sustainability.”

Paris 2023 will be third edition of the World Championships to be held in France following Lille/Villeneuve d'Ascq 2002 and Lyon 2013.

The last edition of the World Championships took place in Dubai, United Arab Emirates in 2019 with more than 1,300 athletes from 92 nations.