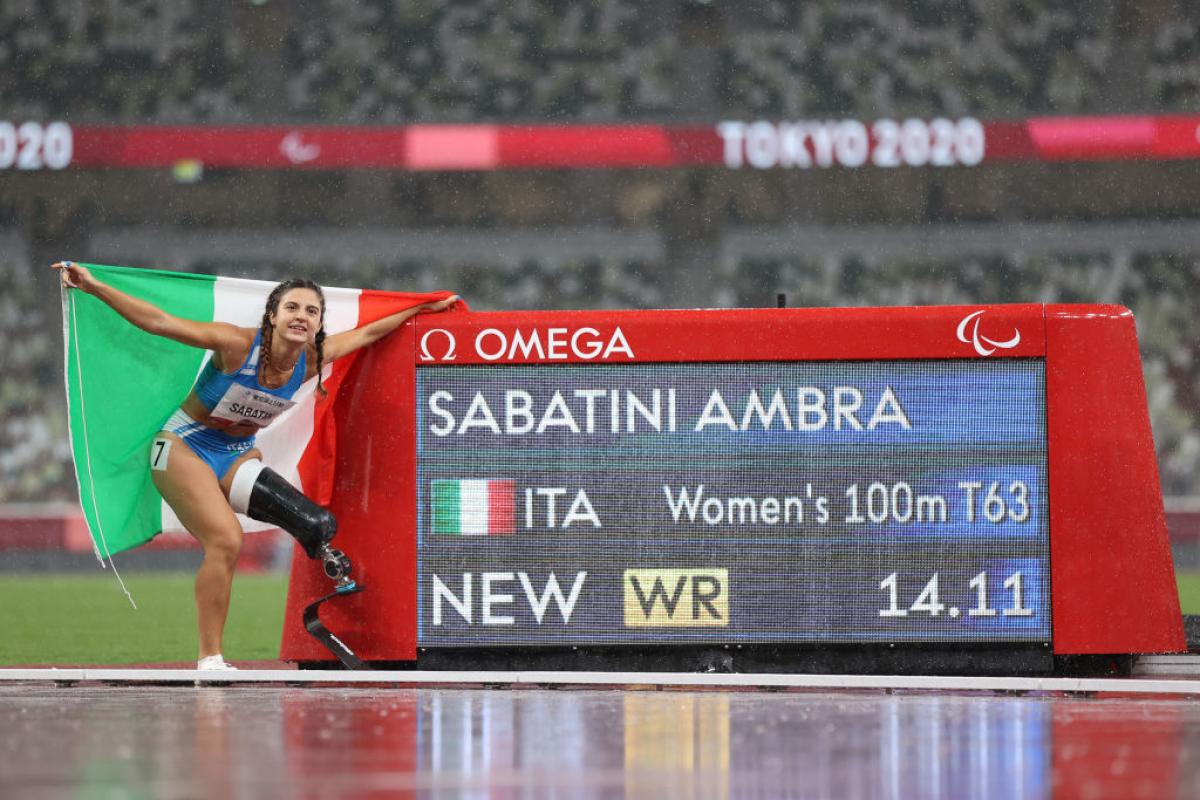 Para athletics fans had a week to vote for the top 10 best moments of the Tokyo 2020 Paralympic Games.

Not an easy task after 167 medal events during 10 days of action at the National Olympic Stadium in the Japanese capital.

But here they are:

The 21-year-old Greek sprinter stole the show in his Paralympic debut taking the gold medal and breaking a seven-year old world record in the men’s 100m T11 alongside his guide Sotirios Gkaragkanis (10.82).

Sri Lanka had never topped the podium at the Paralympic Games until 30 August 2021 when Dinesh Priyantha Herath threw 67.79m to win the men’s javelin F46 with a new world record.

In his own words, “I just enjoyed the weather out here today as it was like I was training in my backyard.”

The Brazilian thrower was responsible for one of the most emotional moments of Para athletics at Tokyo 2020 following her victory in the women’s discus F53. It was the Paralympic debut for the 56-year-old who did not hold her tears celebrating the gold and a world record (17.62m).

The women’s 100m T63 was the last track event in the Paralympic Games in a rainy evening at the National Stadium. And it became an Italian party with 19-year-old Ambra Sabatini smashing the world record (14.11) in her first Paralympic final to take gold followed by compatriots Martina Caironi with silver and Monica Contrafatto with bronze.

Back at the Lima 2019 Parapan American Games he was a football 7-a-side player who asked USA coach and former Olympic champion Joaquim Cruz if he could have a go at Para athletics. Two years later, the fan of football legend Ronaldinho became one of the stars of the Games with three golds and one silver in the T37 class – including new world records in the men’s 100m (10.95) and 200m (21.91).

"I was trapped in a wheelchair for a decade, now I'm a gold medal winning Paralympic sprinter"

This is the story of 19-year-old South African Paralympian Ntando Mahlangu.

The National Stadium was closed to the public due to the COVID-19 pandemic but the final day at Tokyo 2020 gave Japanese fans the chance to watch the marathon races in the streets of Tokyo. Misato Michishita made the morning even more special turning her Rio 2016 silver into gold in the women’s marathon T12.

The 14-year-old who surprised the Para athletics world with a silver medal at the Rio 2016 Games became a two-time Paralympic champion in Tokyo. Ntando Mahlangu first broke the world record to top the podium in the men’s long jump T63 (7.17m) and then triumphed in the men’s 200m T61 six days later.

After narrowly missing the gold medal at Rio 2016, USA’s jumper got the taste of gold in Tokyo in the men’s high jump T63 just to after the competition reveal a gesture that felt like another gold. Before the competition he received a letter from the father of a 13-year-old Japanese boy who thanked him for giving his family “great courage” after his son underwent the same surgery as Grewe when he had that age.

In the letter, he wrote how Sam inspired his family and how they were cheering him on at #TokyoParalympics.

This is what it's all about. ❤️ (via @samgrewe) pic.twitter.com/cEzppIWh4t

Wrestler-turned-javelin thrower Sumit Antil not only took a gold medal in his first-ever Paralympic event as he broke the world record thrice in six attempts in the men’s javelin F64 final. First with 66.95m in the very first throw, then beating that on his second attempt (68.08m) and finally reaching 68.55m with his fifth throw.

Complete results from Para athletics in Tokyo can be found here. 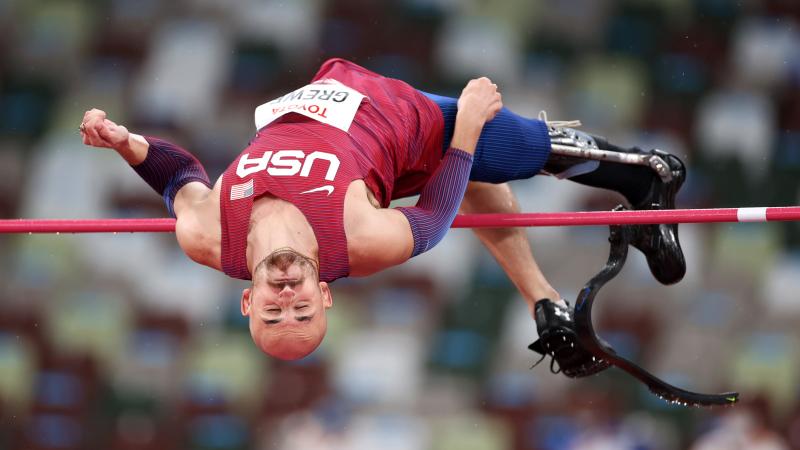 Tokyo 2020
Felix Streng triumphs in the battle of blade runners