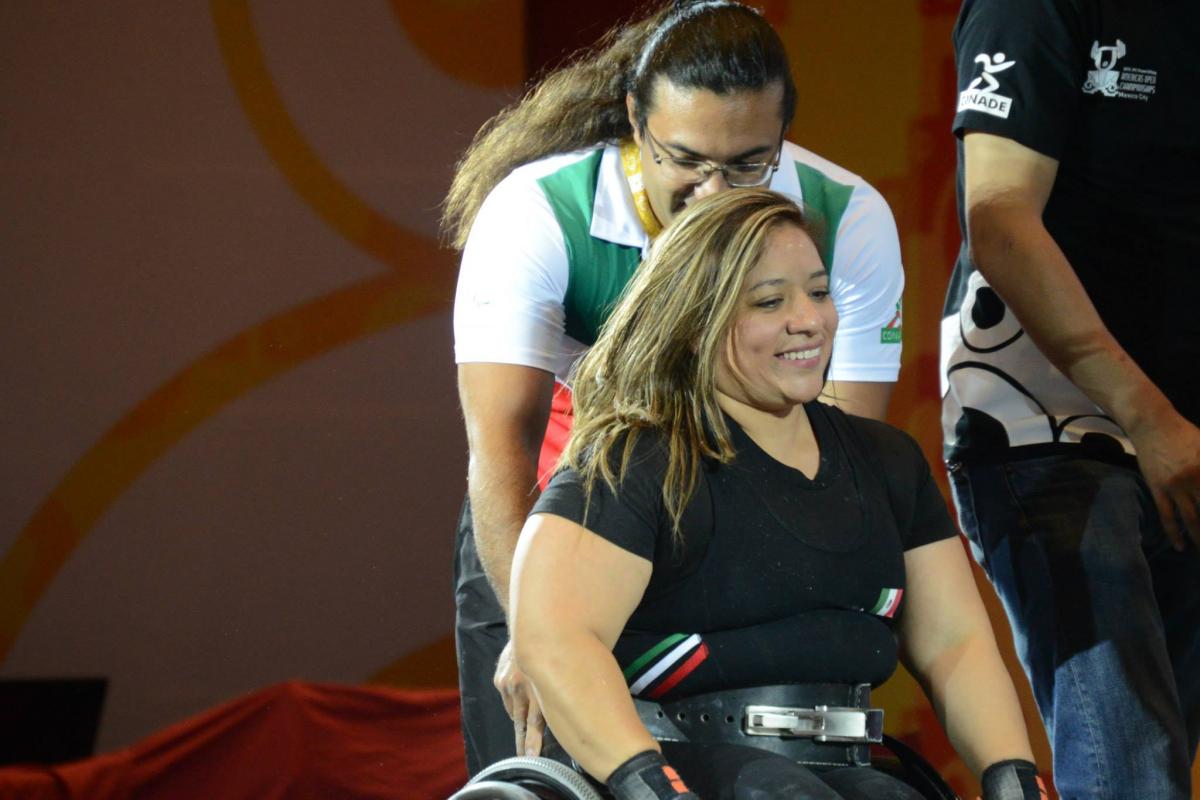 “It was all for my country Mexico. During the competition I am Mexico, I am not Amalia.”

Perez, who had spent most of 2014 recovering from a shoulder injury sustained in late 2013, took the women’s up to 61kg by storm, posting a 132.5kg lift to better the previous mark by 0.5kg.

The 37-year-old had won gold at the 2014 IPC Powerlifting World Championships in Dubai, UAE but struggled to regain the power that led her to gold at London 2012.

“It was all for my country Mexico,” Perez said. “During the competition I am Mexico, I am not Amalia.”

“The first rival is yourself,” she continued. “You have to work very hard every day to get results and achieve your dream. It is a great satisfaction for me. I feel very proud and am satisfied with my efforts.”

There was double delight for hosts Mexico in the women’s up to 55kg, with Miriam Aguilar also winning gold with a 90kg haul.

The men’s up to 72kg featured a new Americas record for Colombia’s Jainer Cantillo of 201kg, who added 11kg onto his own previous mark. Nicaraguan Fernando Acevedo (142kg) completed a successful return to competition after missing the 2014 season, collecting silver.

One good lift of 130kg was all that was required for the Mexican team to seal another medal, as Rafael Sedano completed the podium with bronze.

With Mexico City 2015 being an open competition to give athletes as many opportunities as possible to qualify for Rio 2016, organisers awarded both regional and Open medals where required.

However writing on Facebook, Jawad said he was disappointed in his performance having earlier stated that he was targeting 200kg in Mexico City:

“Sometimes gold medals don't really paint the full picture. Winning gold but performing below what you expect of yourself is worse than coming second.

“Yesterday didn't really go the way I planned but it's part of the learning process. I have a world class team around me who I have faith in to give me the best chance of challenging for that Paralympic gold next year.”

Yule picked up his first major international medal in the men’s up to 65kg, having agonisingly missed the podium at the 2013 European Championships and at Dubai 2014. The British lifter registered 177kg to equal his Glasgow 2014 Commonwealth Games performance and take Open gold.

Brazil’s Alexsander Whitaker sealed the Americas title thanks to a single successful last round lift of 151kg, whilst Cuban Danilo Rodriguez settled for the regional silver and Open bronze with 140kg.

Venezuela’s Jamie Morales equalled Rodriguez with 140kg, but took home the Americas bronze because of his heavier weight.

Mexico City 2015 continues on Tuesday (28 April) with the combined women’s up to 73kg and 79kg featuring Mexican triple Paralympic Games medallist Perla Barcenas. The women’s up to 67kg will also take place alongside the men’s up to 80kg and men’s up to 86kg.

Live results and coverage are available at www.Mexico-City-2015.com.

Around 120 lifters from 25 countries are competing at the 2015 IPC Powerlifting Open Americas Championships, which run until Wednesday (29 April). 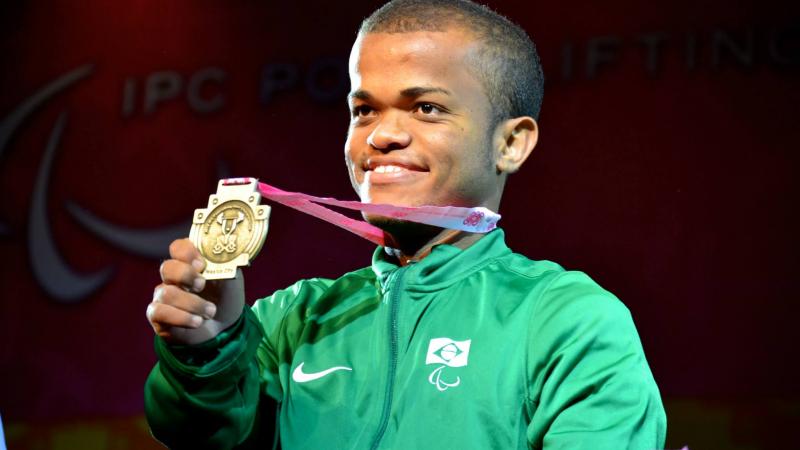 Powerlifting
Jawad: All eyes towards Rio 2016 in Mexico City
Imagen