More than 380 athletes from 50 countries will compete in a meeting that traditionally delivers fast times and world records. 25 May 2016
Imagen 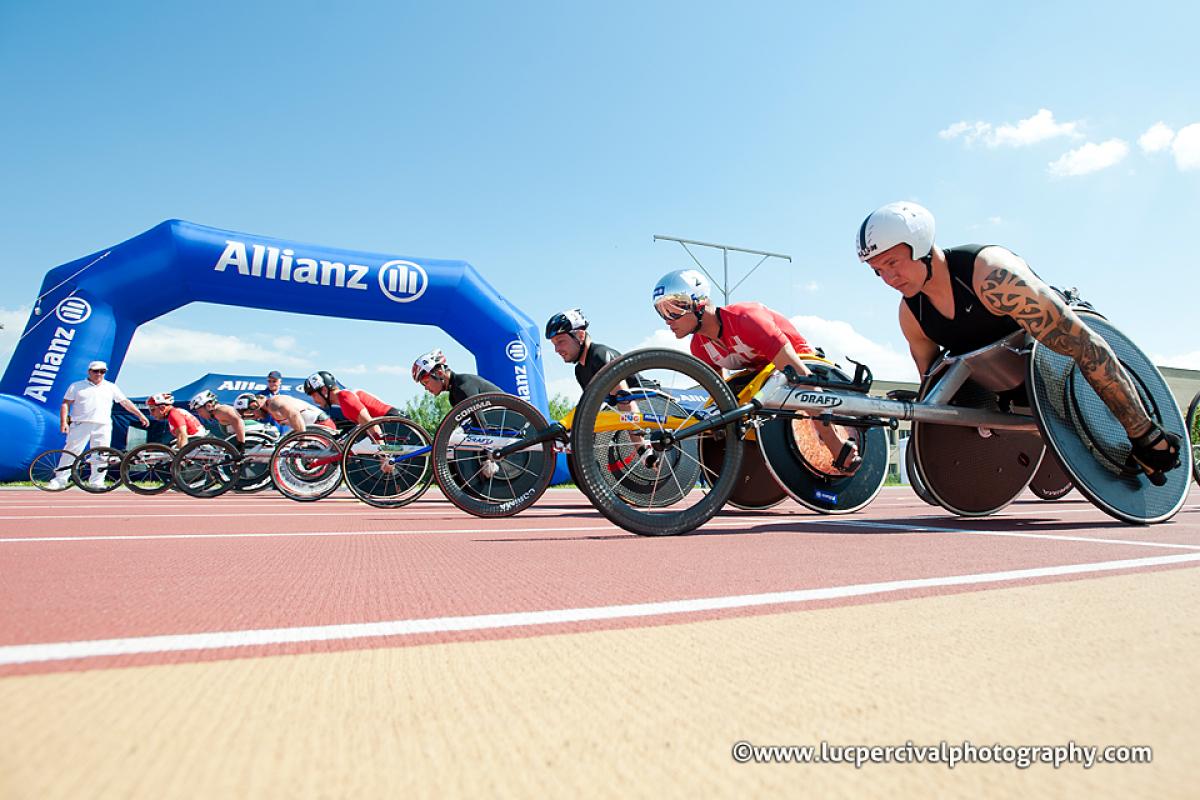 All eyes turn to Switzerland this week for the eighth IPC Athletics Grand Prix of the year at the renowned Sport Arena Nottwil track, starting on Thursday 26 May.

More than 380 athletes from 50 countries will line up over four days of world class competition, supported by international partner Allianz, as the clock ticks down to Rio 2016.

The Nottwil track has a reputation for fast times and 20 world records have been broken there in the last two years.

Here are 10 events not to be missed:

South Africa’s multiple world champion Ilse Hayes arrives in Switzerland as the fastest T13 sprinter in the world so far this year, having clocked 12.07 in Bloemfontein, South Africa, in March. The 30-year-old set the current world record mark of 11.89 last April before going on to clinch double gold at the 2015 World Championships in Doha, Qatar; she still remains the one to beat.

Dutch sprinter Marlou van Rhijn has a habit of breaking world records on the Nottwil track and so it would be no surprise if she goes fast again this week. The 24-year-old broke the 100m T43 world record 12 months ago before going on to secure double gold at Doha 2015. Her compatriot Fleur Jong will be hoping to improve on last year’s form.

Australia’s Angie Ballard also returns to Nottwil having smashed a world record there last year. The 33-year-old is bursting with confidence having enjoyed arguably the most successful year of her Para athletics career to date in 2015, with world records and world titles to her name. She lines up against the likes of the USA’s Shirley Reilly, Swiss Catherine Debrunner and Great Britain’s Samantha Kinghorn.

Reigning Paralympic, world and European champion Hannah Cockroft heads up the field in the 800m T34. The 23-year-old is joined on the start line by fellow Britons Melissa Nicholls and Kare Adenegan, silver and bronze medallists behind Cockroft over two laps at Doha 2015. Watch out too for Australia’s Rosemary Little, who tops the world rankings so far this year after clocking 2:04.47 in the United Arab Emirates back in March.

It’s a race traditionally packed with talent and this week is no exception. The Paralympic champion Tatyana McFadden undoubtedly starts as the favourite, but the likes of Swiss European champion Manuela Schaer and the USA’s Susanna Scaroni should not be dismissed. McFadden is going for an unprecedented seven Paralympic titles at Rio 2016 and so Nottwil’s busy schedule – she goes in the 100m, 400m, 800m, 1,500m and 5,000m - will surely help with her Games preparations.

All three medallists from last year’s World Championships line up in Nottwil – Belgium’s gold medallist Peter Genyn, Finnish silver medallist Toni Piispanen and Algeria’s bronze medallist Mohamed Berrahal. Paralympic champion Piispanen holds the world record; he broke it here last year too – another big race is sure to be on the cards this time around.

Multiple Paralympic and world champion Ray Martin has already enjoyed a big win this season – he finished first at the Marathon World Cup in April. The 22-year-old raced on the track at the Arizona Grand Prix in the USA earlier this month, winning once again. His US teammates Gianfranco Iannotta and Steven Toyoji, as well as Austria’s European champion Thomas Geirspichler and Switzerland’s European silver medallist Beat Boesch, are amongst those hoping to upset the form book.

Tunisia’s Walid Ktila is another man who dominates out on the track. The 30-year-old topped the medals table at Doha 2015 with four individual titles; he won all four of his races in Nottwil last year – the 100m, 200m, 400m and 800m – and starts as the hot favourite once again. A talented group of athletes will be hoping to catch him out this time – including the UAE’s Mohamed Hammadi, Finland’s Henry Manni, Australia’s Rheed McCracken, Switzerland’s Bojan Mitic and Great Britain’s Ben Rowlings.

The USA’s Paralympic bronze medallist Josh George – a former two-time 800mT53 world champion and the current world record holder - won this race last year, getting the better of Paralympic silver medallist Brent Lakatos. Canadian Lakatos went on to win a hat-trick of gold medals at both the Parapan Am Games and the World Championships last year – including wins over 800m – and the pair should provide plenty of entertainment again this year. Watch out too for Australia’s London 2012 gold medallist Richard Colman, European champion Pierre Fairbank, the USA’s Brian Siemann, and Russia’s Vitalii Gritsenko - ranked third in the world this year.

Switzerland’s European champion Marcel Hug will be hoping for a strong performance on his home track. The world record holder missed out on a medal over this distance at the World Championships last year as Thailand’s Rawat Tana took gold – Tana is also in Nottwil, as is his countryman Saichon Konjen, Australia’s Kurt Fearnley and Germany’s Alhassane Balde. With Paralympic titles up for grabs later this year competition is sure to be tough.

The IPC Athletics Grand Prix in Nottwil, Switzerland, takes place from 26-29 May. 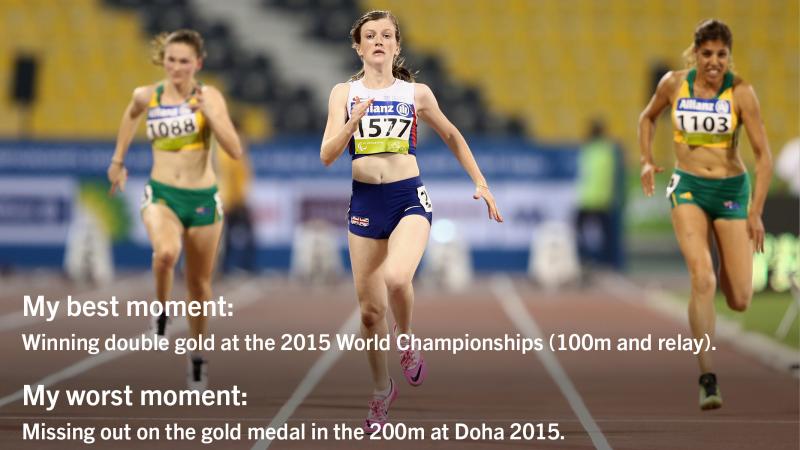 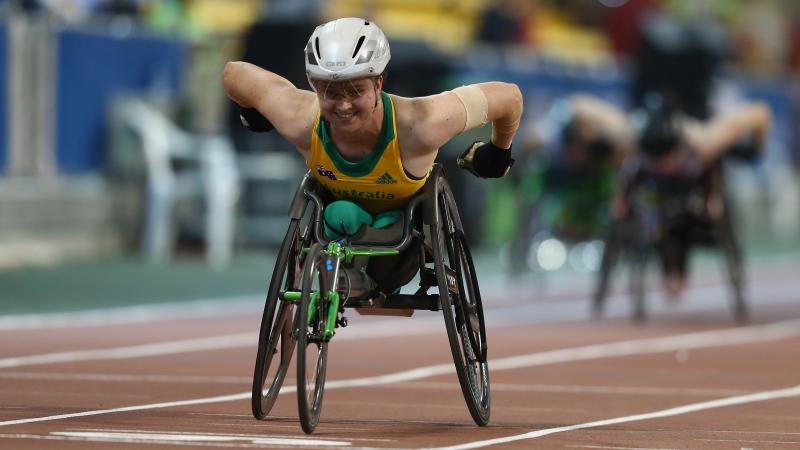 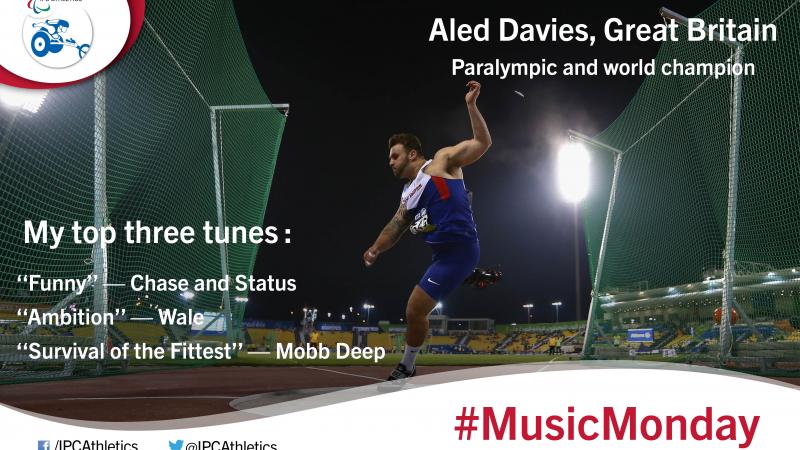