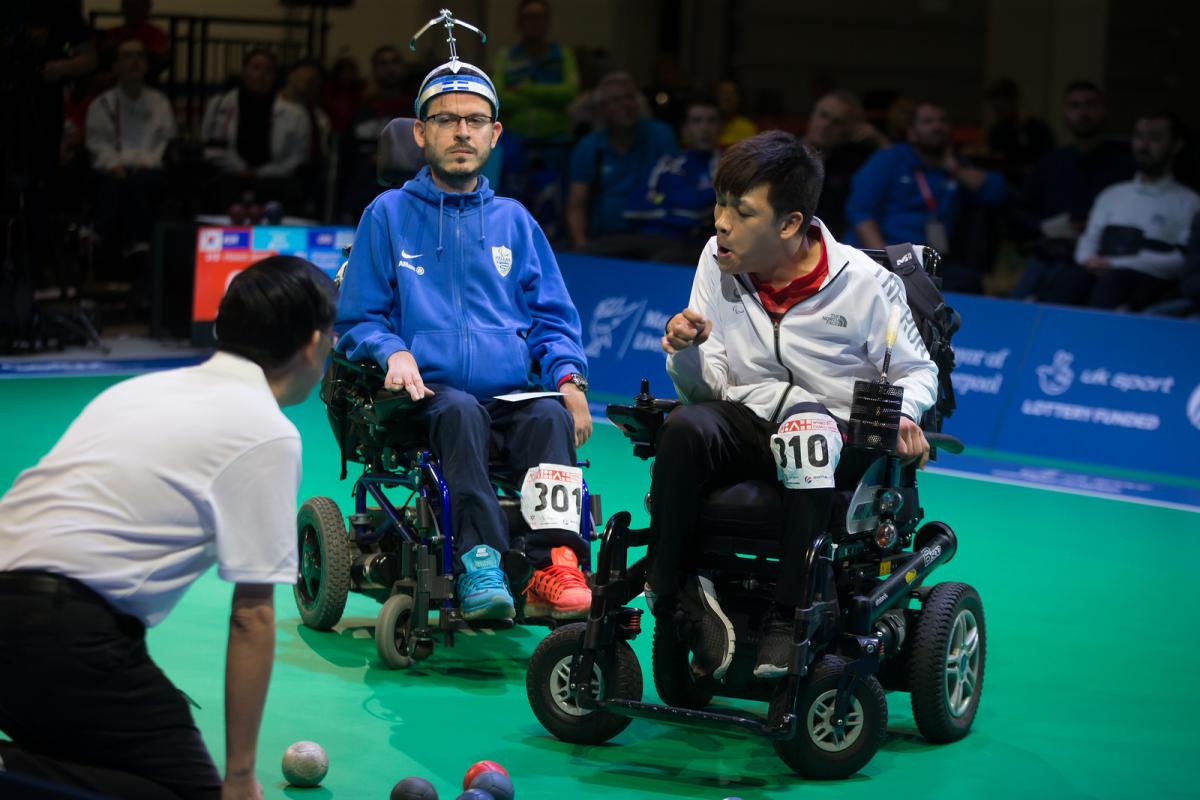 Some of the biggest boccia rivalries will be in action at the Tokyo 2020 Paralympic Games. Check out four of them.

The Greek and the South Korean share one of the most exciting rivalries in the sport, in the individual BC3. Polychronidis came on top at the Liverpool 2018 World Championships, where he finally secured his first individual gold after 12 years. But it was Jeong who emerged victorious at the last Paralympic Games in Rio, claiming gold thanks to an 8-1 triumph.

The individual BC2 will feature a Thai head to head. While some may believe double world champion Saengampa will arrive in Tokyo as favourite following his victory at Liverpool 2018, world No. 1 Vongsa is a two-time Paralympic champion and few will dare to bet against him.

Since teaming up in 2007, Brazilians Eliseu Dos Santos and Jose Dirceu Pinto had dominated the mixed pais BC4, including gold at the Beijing 2008 and London 2012 Paralympics. But Samuel Andrejcik, Robert Durkovic and Michaela Balcova caused a major upset by beating them at Rio 2016. The Slovakian team followed that up with a world title in Liverpool, in 2018.

In one of the biggest upsets in Paralympic history, the Thai player defeated the Brit 7-0 in the London 2012 individual BC1 final. But Smith took revenge four years later in Rio de Janeiro, elimiating Tadtong in the quarter-finals. He went on to celebrate the world title in front of his home crowd in Liverpool in 2018, an experience he missed out at London 2012.