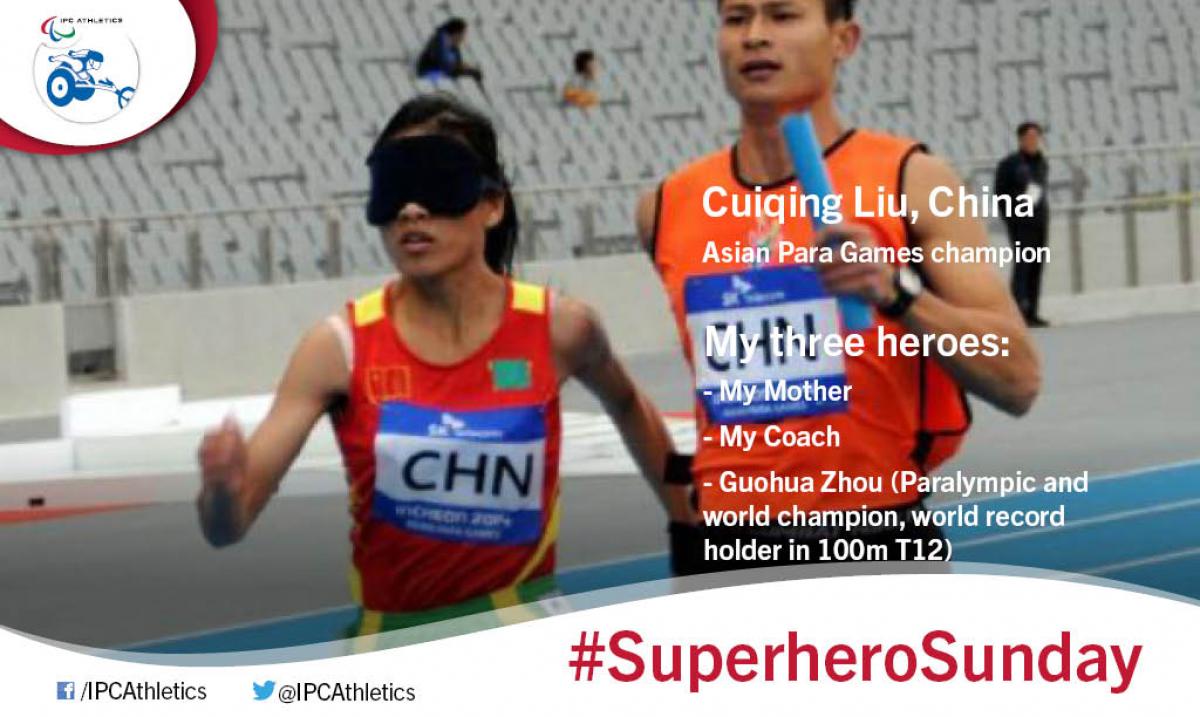 Cuiqing Liu has three Superheros: her mother, her coach and Guohua Zhou.

This week’s #SuperheroSunday comes from China, and a talented young sprinter who makes it on to IPC Athletics’ ‘Ones to Watch’ list for the first time this year.

Cuiqing Liu competes in the T11 sprints and last year finished second in the world rankings behind the Brazilian multiple world and Paralympic champion TerezhinaGuilhermina over 100m and 200m - and she was the number one in the world over 400m.

Five months ago at the Asian Para Games in Incheon, Korea, Liu was in terrific form, winning gold in the 100m, 200m and 400m, and setting a new Asian record over one lap with a time of 57.75 – just over 1.5 seconds outside the world record Guilhermina set back in 2007.

At just 23-years-old, Liu could well be the one who can end the winning reign of her more experience rival – and this year’s IPC Athletics World Championships in Doha, Qatar could provide the very stage for that success.

My life is blessed with the great and precious love from my mother. Since I was very little, my Mom has always been telling me to be tough and strong in the face of difficulties and adversities. With her constant encouragement, I can bravely stand up to darkness and challenges in my life.

It is my coach, Zhengguan Hu, who guides me on the way to success as an athlete. I used to need help even in the simplest tasks like walking; because of him, I can now run fearlessly on the track. Because of him, I am no longer unknown – I can run today under the attention of the world.

She is my teammate, my role model and also my rival in sports. I am always so touched and encouraged by her unremitting efforts made in our training and her overwhelming courage to fight against the setbacks and difficulties in her life.

Liu is likely to be one of 1,300 athletes from 90 countries set to compete at the 2015 IPC Athletics World Championships in Doha, Qatar, between 22-31 October. 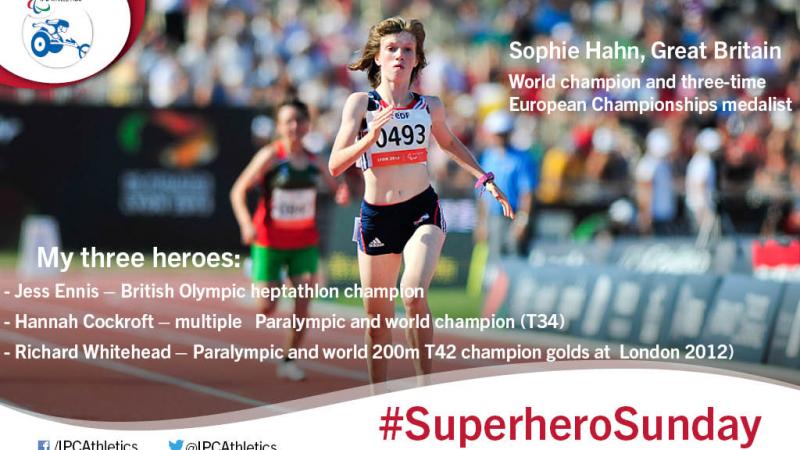