British teenage sprint sensation tells us which three people she looks up to. 22 Mar 2015
Imagen 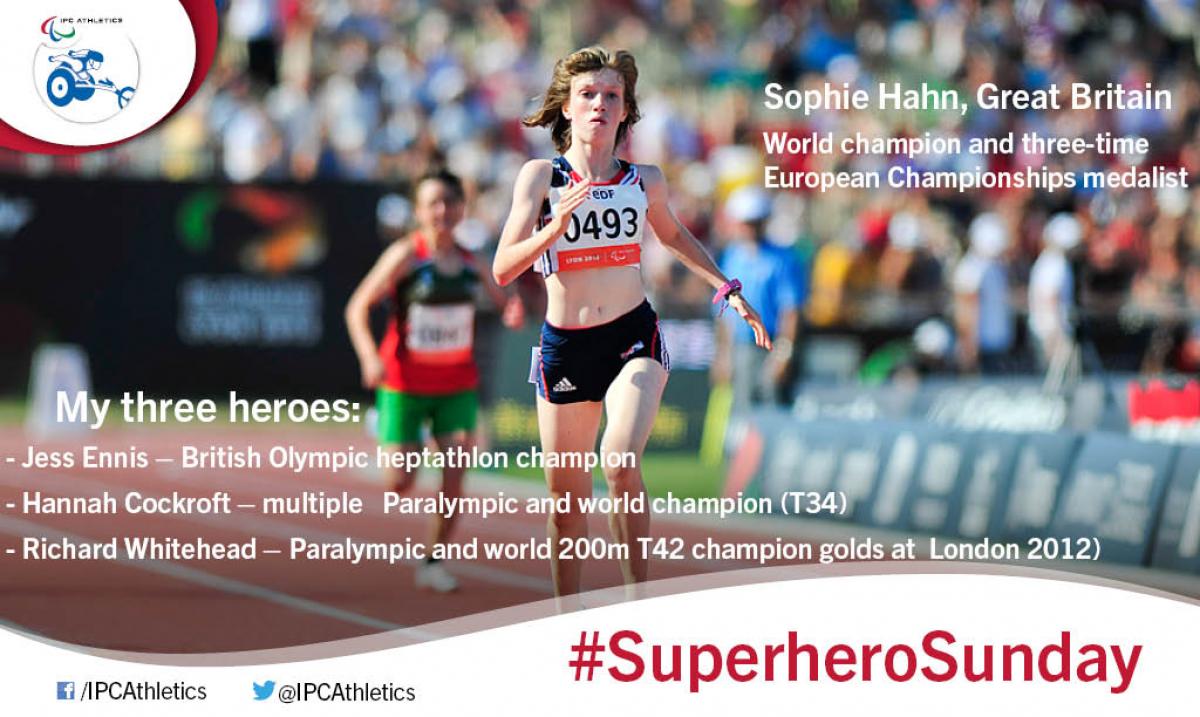 Superhero Sunday is here again and this week it is the turn of Great Britain’s Sophie Hahn. The talented teenager raced in to the record books at the 2013 IPC Athletics World Championships in Lyon, France - her first major international competition - winning gold in the 100m T38 in world record time.

Hahn, who only started racing competitively after watching the London 2012 Paralympic Games on television, then went on to better her world record, clocking 13.04 last May.

Three silver medals at the IPC Athletics European Championships in Swansea, Great Britain followed last summer; now with two terrific years of world class competition under her belt, there could be no stopping her in 2015.

She’s just an inspiration after what she did at London 2012, she’s just fantastic and I look up to her.

She’s a fantastic role model and athlete, and a great ambassador for young athletes. I look up to her too!

He’s an amazing athlete, one minute he’s going to marathons, the next minute he’s winning sprint gold at the Paralympics and breaking world records. He’s a great ambassador for the sport.

Hahn is likely to be one of 1,300 athletes from 90 countries set to compete at the 2015 IPC Athletics World Championships in Doha, Qatar, between 22-31 October. 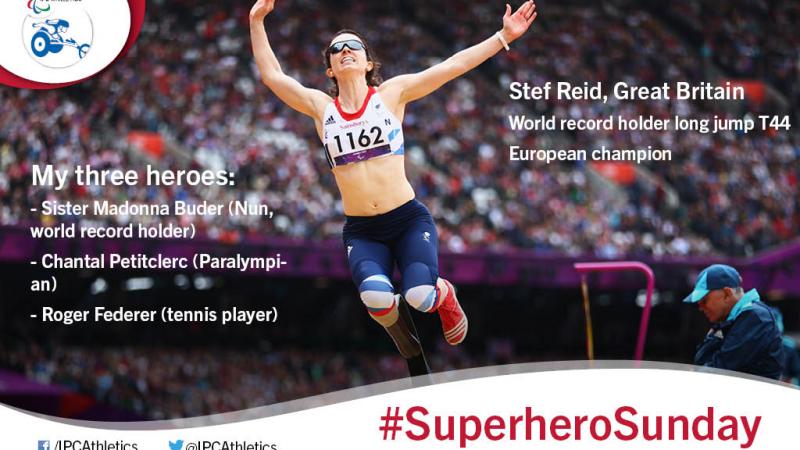