Sydney 2019: Top Para trap shooters to watch out for 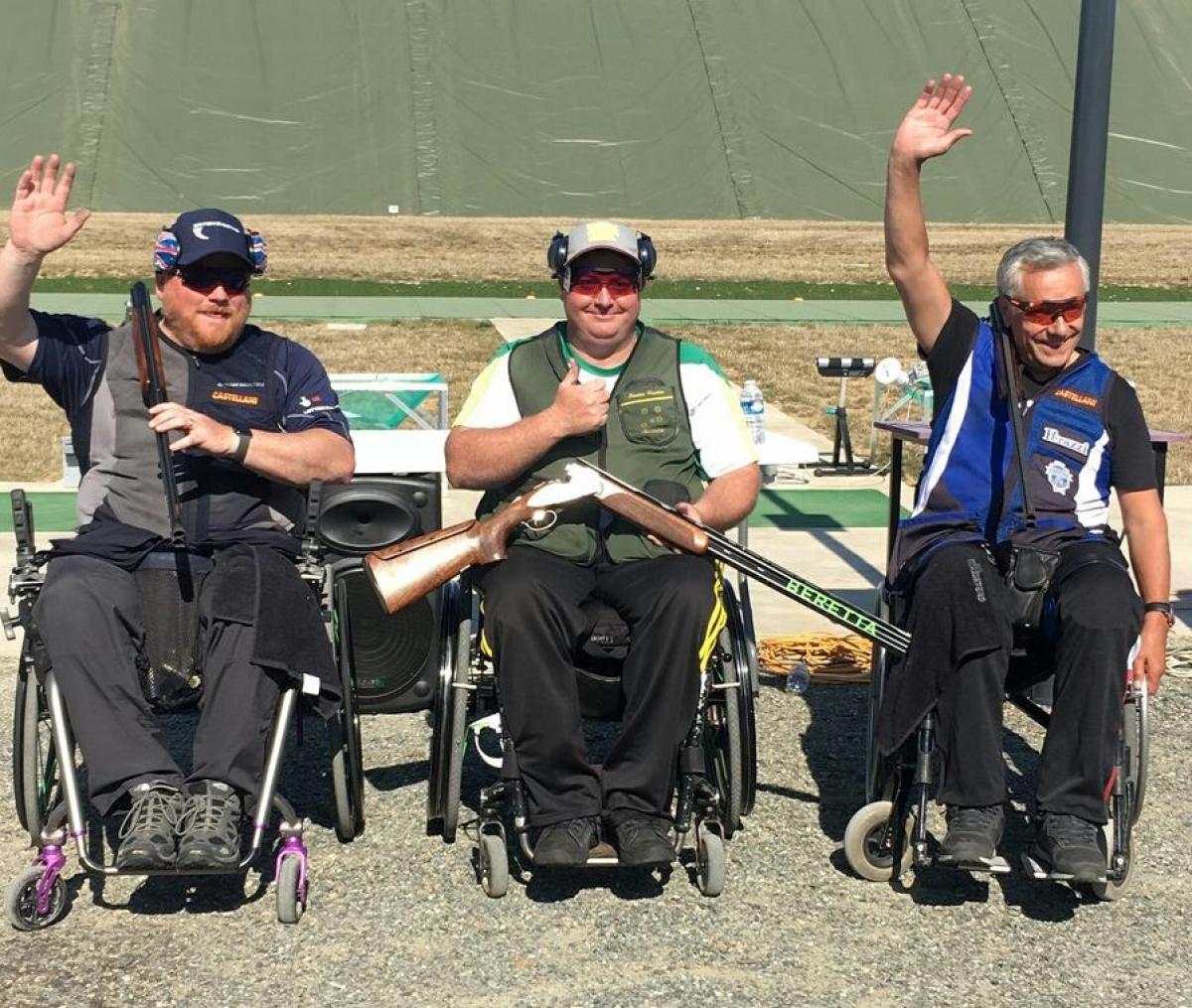 READY FOR BATTLE ROYALE: Scottie Brydon (C) will be keen to make the most of home advantage.
ⒸChateauroux 2018
By Ros Dumlao | World Shooting Para Sport

The newest addition to the shooting Para sport family will have a major welcoming party on Saturday at the 2019 World Championships in Sydney, Australia.

The shotgun discipline – which athletes shoot at propelled clay targets outdoors – held a standalone World Championships a year ago in Lonato, Italy. Now, it will join pistol and rifle disciplines for the first time at a Worlds. Here are athletes who are expected to make noise — literally.

World champion Scottie Brydon is sure to draw the ‘Aussie, Aussie, Aussie!’ cheers. Italy’s runner-up Oreste Lai has the same golden target and would like to return the favour to Brydon, who spoiled a home Worlds title for him last October.

Finland’s Juha Myllymaki could surprise after showing vast improvement since Lonato 2018 with silver at the Osijek World Cup in July.

Italy’s Saverio Cuctti was just short of celebrating World gold in front of his home fans. But in Osijek, he proved he is still a golden contender after winning the event. Finland’s Vesa Jarvinen would hope the wind is on her side to retain her title.

Francesco Nespeca would like to relive the memories from the 2018 world title on home range. But it was only a matter of one target that separated the Italian from Spain’s silver medallist Antonio Brina Mora. Mora has settled for silver far too long, finishing behind another Italian – Mirko Cafaggi – at July’s World Cup and is certain to be hungry for first place.

Sydney 2019
Ones to Watch revealed ahead of World Championships
Imagen