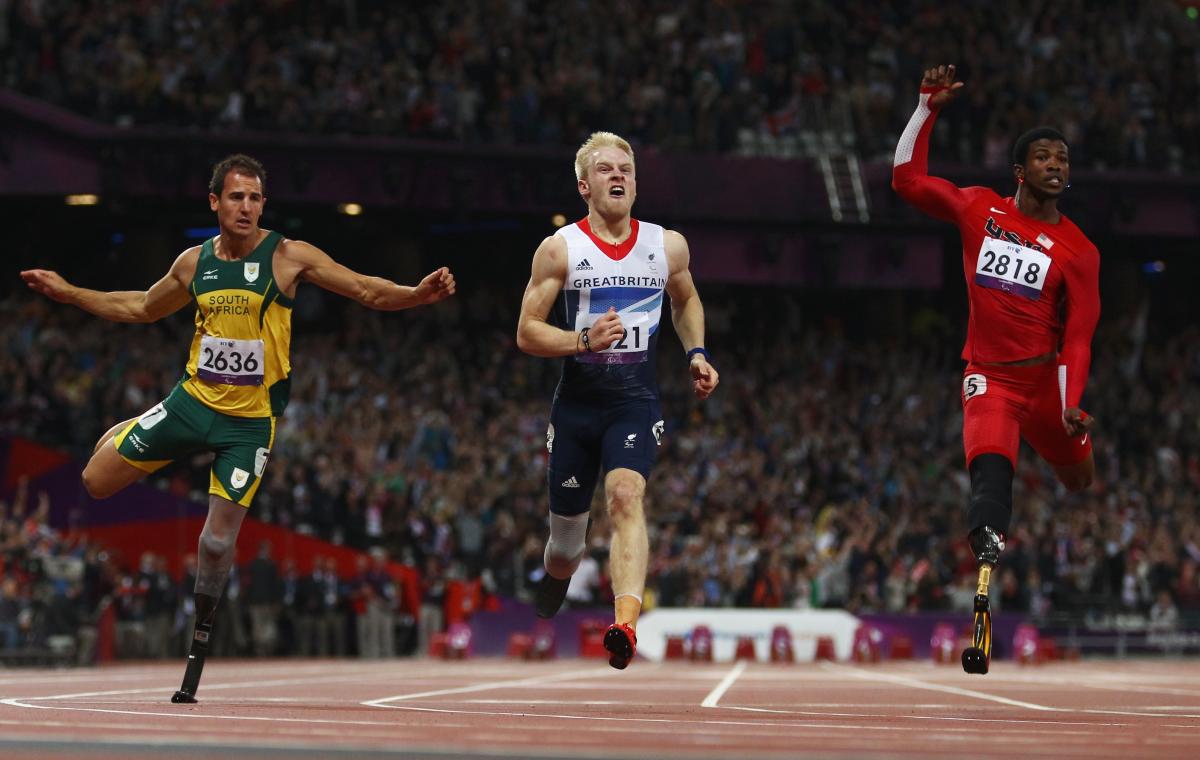 Over 130 para-athletes with a haul of 70 medals from the last World Championships two years ago are at the former Olympic Stadium in the British capital for the highlight of the IPC Grand Prix season.

Many of the greatest para-athletes in the world will line up for the IPC Athletics Grand Prix Final in London, Great Britain, on Sunday 26 July.

Over 130 para-athletes with a haul of 70 medals from the last World Championships two years ago are at the former Olympic Stadium in the British capital for the highlight of the IPC Grand Prix season.

The event is the last on the 2015 Grand Prix calendar ahead of October’s IPC Athletics World Championships in Doha, Qatar, and takes place on the third day of track and field action which forms the Sainsbury’s Anniversary Games.

Time for the eagerly anticipated showdown between Great Britain’s Paralympic and world champion Jonnie Peacock, and the man who clinched silver behind him at both London 2012 and the 2013 World Championships, the USA’s Richard Browne. Itis a truly world class line up – a dress rehearsal for Doha – with the world’s top four sprinters all on the start line. The USA’s 200m world champion Jarryd Wallace and Germany’s 200m European champion Felix Streng have also clocked under 11 seconds this year; Browne believes his world record mark of 10.75 - set on the same track in 2013 - could well be beaten.

Canada’s Brent Lakatos – the 100m T53 world record holder - heads up the 2015 rankings after winning in Nottwil, Switzerland, earlier in the year. Chasing hard in that race was Thailand’s Paeyo Pongsakorn; he also starts in London and is sure to give Lakatos a run for his money.

Another field bursting with talent. It features the likes of South Africa’s Jonathan Ntutu and Hilton Langenhoven, Russia’s Fedor Trikolich and Germany’s Thomas Ulbricht. Two of the world’s best T11 sprinters - the USA’s world record David Brown and France’s European record holder, Timothee Adolphe - also in the line-up. Ntutu has enjoyed wins in Grosseto and Berlin so far this year, whilst Trikolich won Paralympic 100m gold on this track in 2012. Brown meanwhile enjoyed a hat-trick of wins at the US Nationals last month.

Home favourite David Weir returns to the stadium where he picked up three of his four Paralympic gold medals at London 2012. In only his second return to the Olympic Park track since then, Weir will once again face his chief rival Marcel Hug. The Swiss ‘Silver Bullet’ secured two Paralympic silver medals in London then went on to win five world golds at Lyon 2013 and three European golds in 2014. Weir got the better of Hug over one mile in the streets of London back in May, while Hug won on the track in Nottwil. Watch out too for Thailand’s Rawat Tana and Prawat Wahoram – the two fastest racers over 1,500m so far this year.

When Great Britain’s world champion Sophie Hahn and Russia’s Paralympic champion Margarita Goncharova went head-to-head at the European Championships in Wales last year, it was Goncharova who triumphed, winning the 100m and 400m (T38) European titles ahead of Hahn who had to make do with silver. Who will top the podium this time around?

The Netherlands’ sprint star Marlou van Rhijn has enjoyed a terrific season so far, lowering her own T43 world records no fewer than four times already this year – most recently in Nottwil, Switzerland, in May where she clocked 12.82. Great Britain’s Sophie Kamlish and Laura Sugar will be hoping the support of their home crowd will help them to upset the form book in London.

Great Britain’s Georgie Hermitage raced in to the spotlight last month when she broke the 400m T37 world record at the IPC Athletics Grand Prix in Berlin, Germany. The 26-year-old, who gave birth to her daughter in 2012, was inspired to return to the track after watching the action unfold at the London Games – now she will line up against a field including none other than French double world champion Mandy Francois-Elie.

The USA’s Rachael Morrison set a new world record in only her second competition when she threw 18.82m at last year’s US National Championships - breaking the club F51 world record which had stood for 13 years. Weeks later in the Czech Republic she threw even further, managing a massive 21.90m. Meanwhile Great Britain’s Jo Butterfield set a new European record when she threw 17.68m to clinch European gold last August then improved on that in Dubai this year with a throw of 19.69m. An enthralling battle is on the cards.

Tickets for Sunday’s event can be purchased via Ticketmaster.

Athletics
How I got into sport: Marlou van Rhijn
Imagen 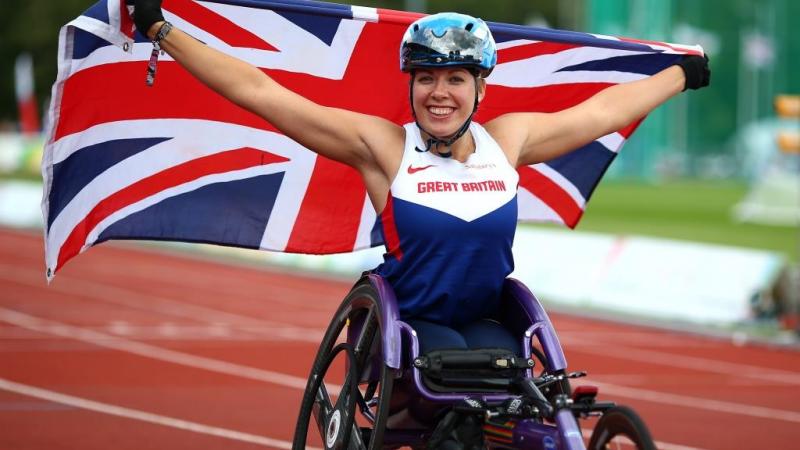 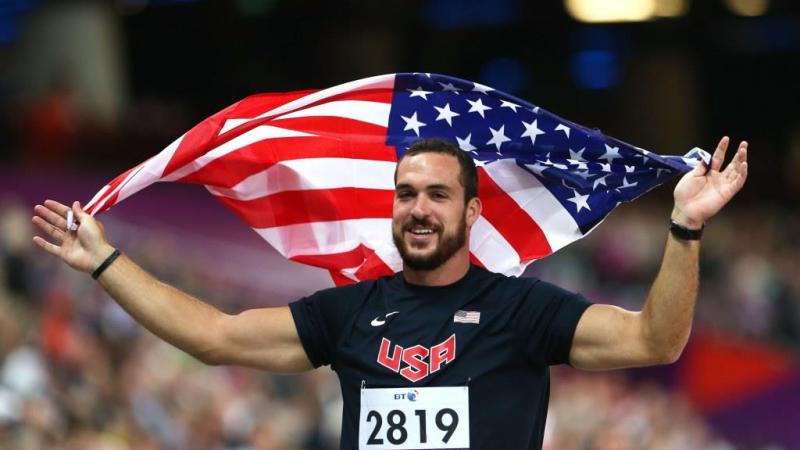 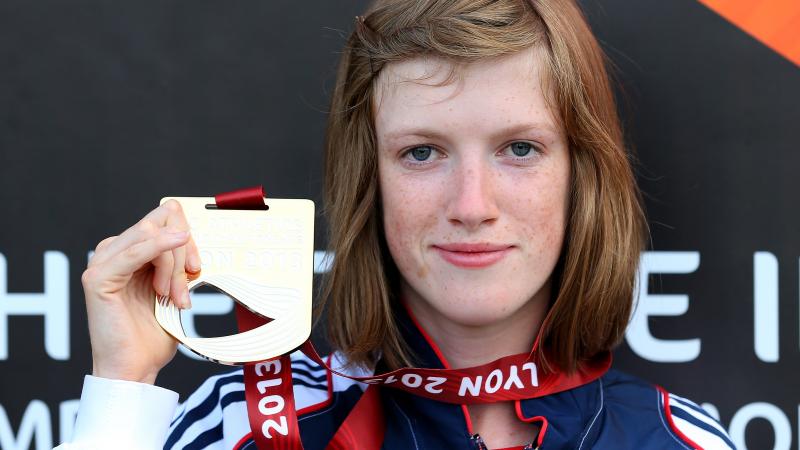