Ten world and 54 regional records were broken during four days of action at the IPC Athletics Grand Prix in Dubai, UAE. 26 Feb 2015
Imagen 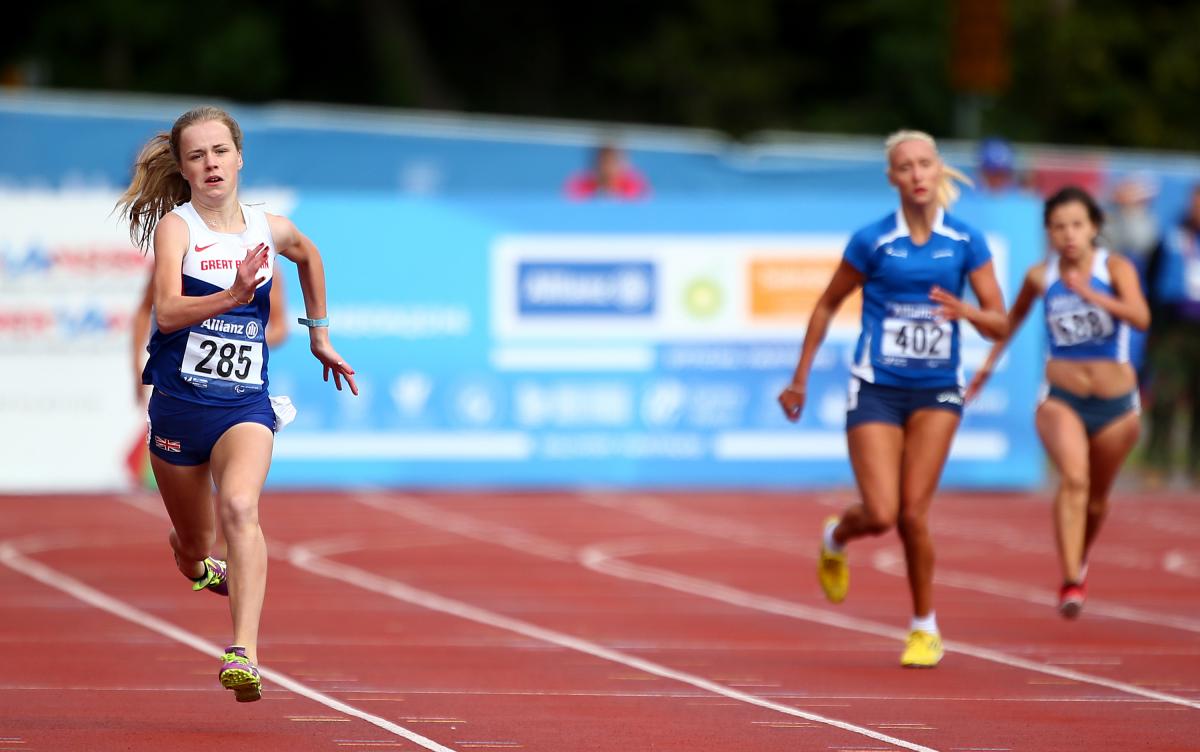 Great Britain’s Maria Lyle and Joanna Butterfield capped off an outstanding four days of competition for their home nation with world records in the 200m T35 and discus F51 respectively, whilst Syria’s Mohamad Mohamad smashed the javelin F57 world record on his way to securing his first gold of the week.

An exciting future is sure to lie ahead for 15-year-old Lyle who underlined her potential on the world stage finishing third behind the Netherlands’ double world champion Marlou van Rhijn in the 200m T35/36/43/44/46.

Butterfield meanwhile showed that she is continuing the terrific form that earned her a gold medal at the IPC Athletics European Championships last summer. The 35-year-old added to her victory in Tuesday’s (24 February) club throw with a win, and a new world record, in the discus F32/33/51.

Mohamad set a new world record in the javelin F57 with an impressive 44.00m in his final attempt to finish ahead of a strong field including Egypt’s world bronze medallist Raed Salem and Russia’s European champion Alexey Ashapatov.

South Africa’s Hilton Langenhoven’s winning form in Dubai continued on day four as he added victory in the 200m T12 in 24.21 to add to wins in the 100m, 400m and long jump earlier in the week.

Algeria’s Hamdi Sofiane has also proved unbeatable in Dubai, notching up three wins altogether, his latest victory coming in the 200m T37 with a time of 24.32.

There was further joy for Great Britain’s athletes as Sophie Hahn and Olivia Breen finished first and second respectively in the 200m T37/38. Hahn (T38) clocked an amazing wind assisted 27.20, a new personal best for the 18-year-old.

Marcel Hug claimed his third victory in Dubai with a win in the men’s 1,500m T54. The 29-year-old, who holds both the world and European 1,500m titles, clocked 3:07.98 to seal the win ahead of Tunisia’s Yassine Gharbi in second and Germany’s Alhassane Balde in third.

Morocco claimed the top two spots in the men’s 1,500m T12 as Hicham Hanyn got the better of his more experienced countryman El Amin Chentouf taking the win in 4:06.22.

Algeria’s Discus and club throw world champion Lahouari Bahlaz saved his best until last in the shot put F32. A throw of 8.22m sealed a convincing victory as his compatriot Karim Bettina, runner up behind Bahlaz here last year, had to settle for second once again.

Germany’s Daniel Scheil, winner of the shot put F33 on Monday - also picked up his second gold in Dubai, getting the better of Algeria’s Kamel Kardjena once again – this time in the javelin F33. His throw of 26.60m was nearly five metres clear of the opposition.

The 2015 IPC Athletics Grand Prix series now continues with the next event taking place in Brisbane, Australia next month. Meetings will then be held in Tunis, Tunisia; Beijing, China; Sao Paulo, Brazil; Mesa, USA; Nottwil, Switzerland; Grosseto, Italy, Berlin, Germany and the final which will be announced shortly. 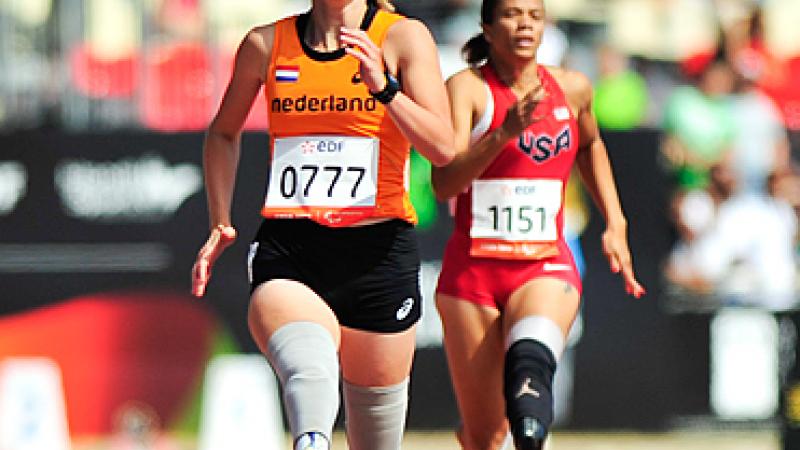