Athletes from 13 National Paralympic Committees stepped onto the podium, including some notable firsts 18 Oct 2021
Imagen 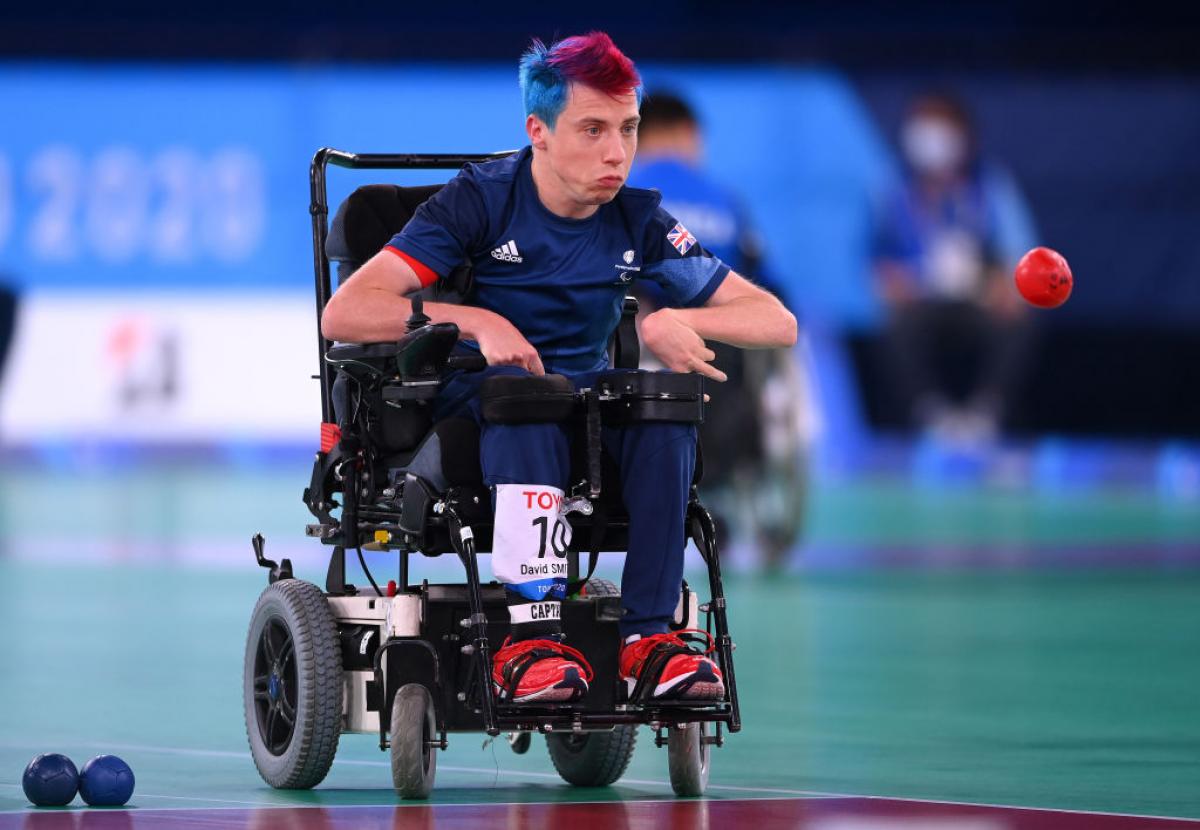 STAR PERFORMER: David Smith of Great Britain in action during his team's Pool A match against Team Thailand at Tokyo 2020.
ⒸAlex Davidson/Getty Images
By Lucy Dominy | For the IPC

As one of Paralympic sport’s most intriguing and unique games, boccia once again enthralled sports fans at the Ariake Gymnastics Centre.

In retaining his individual BC1 title at Tokyo 2020, Great Britain’s David Smith is just one gold behind Brazil’s Dirceu Pinto to become the sport’s most decorated athlete.

He now has three gold, a silver and a bronze after completing a dramatic comeback from 2-0 down to beat Malaysia’s Wei Lun Chew 4-2 in the final.

Historically Thailand have excelled in the team BC1-2, claiming gold at both Rio 2016 and London 2012. Heading into Tokyo, they topped the world rankings and their players were some of the highest ranked across both classifications.

As the sport has grown around the world, boccia has shown its global quality with many different countries making onto the medals tables in recent years.

Tokyo 2020 was no different as athletes from 13 National Paralympic Committees stepped onto the podium, including some notable firsts.

Daniel Michel entered the history books claiming Australia’s maiden individual boccia medal in the BC3 with bronze and the country’s first podium finish since Atlanta 1996.

A COUNTRY FALLS IN LOVE WITH BOCCIA

Having made their debut in the sport in 2008, Tokyo 2020 hosts Japan had won their first Paralympic medal five years ago in Rio de Janeiro.

One member of that silver medal winning BC1-2 team – Hidetaka Sugimura - returned to the court this year determined to make a golden mark.

Sugimura did just that in the individual BC2, attracting huge national interest by winning his final against Thailand’s Vongsa.

The 39-year-old’s gold was of course Japan’s first, but overall the hosts reached their best ever performance with a silver for Kazuki Takahashi, Keisuke Kawamoto and Keiko Tanaka in the BC3 mixed pairs, as well as Takumi Nakamura, Yuriko Fujii and Takayuki Hirose joining Sugimura to take bronze in the BC1-2 team.