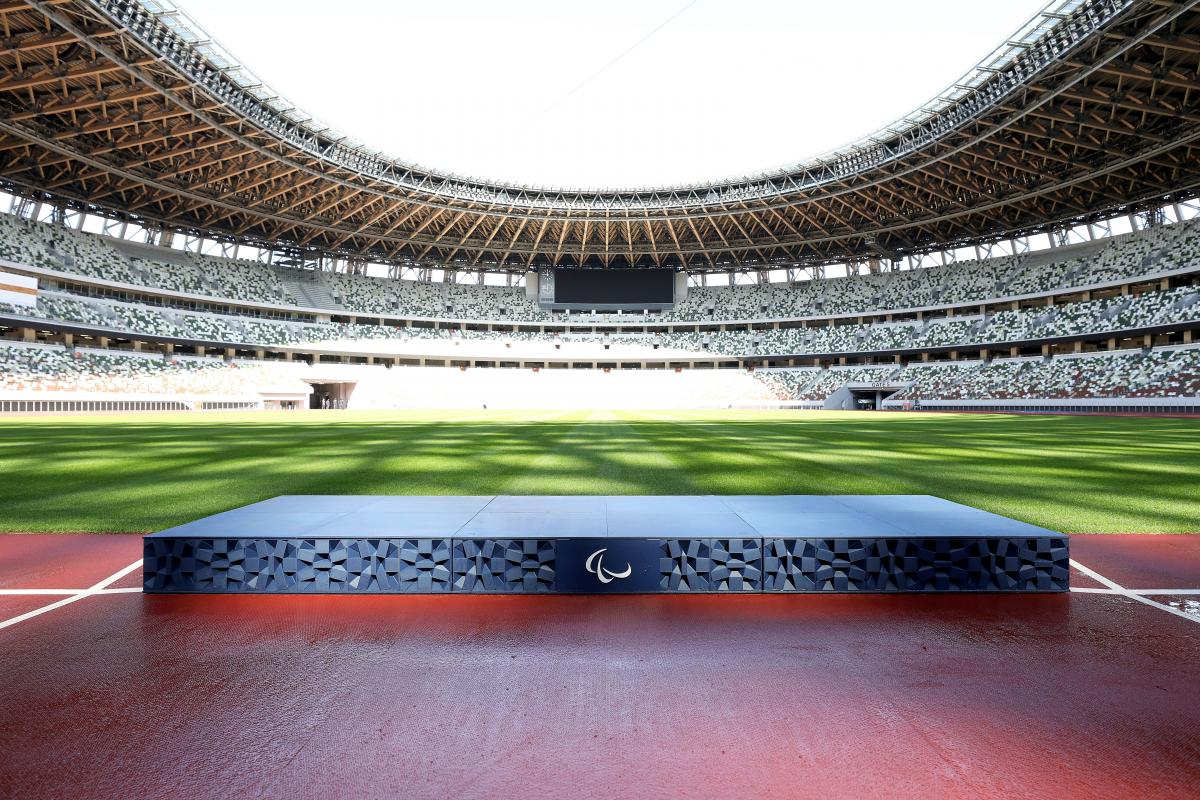 The Tokyo Organising Committee of the Olympic and Paralympic Games (Tokyo 2020) is pleased to unveil the items that will be used during the Victory Ceremonies at the Tokyo 2020 Games, with the occasion marking 50 days to go until the opening of the Olympic Games.

These include the Victory Ceremony podiums, Victory Ceremony music, costumes that will be worn by medal tray bearers and those escorting athletes, and the trays that will hold the medals. Each item has been created with the utmost consideration for sustainability, one of the key pillars of the Tokyo 2020 Games.

Underpinning the design of the items is the concept of athletes overcoming obstacles. The Tokyo 2020 Victory Ceremonies will be a moment when we recognise their efforts and celebrate their achievements. For the athletes, this moment is more than just being in top of a podium, it is the summit of a lifetime.

What got revealed today?

✅ A sustainable podium. ♻️
✅ Victory theme music. 🎶
✅ Outfits worn by the medal bearers. 👘
✅ The trays that will hold the medals and the bouquets. 🥇

Tokyo 2020 President Seiko Hashimoto, “At the Tokyo 2020 Games, there will be a total of 878 Victory Ceremonies; 339 during the Olympic Games and 539 during the Paralympic Games. I hope, when the athletes are on top of the podiums with the whole world watching, that in these moments we can truly appreciate the value of the Olympic and Paralympic Games in this era. I look forward in earnest to the outstanding performances of all athletes, and would like everyone in Japan to join in uplifting them as we endeavour through these challenging times together.”

The Tokyo 2020 Olympic and Paralympic podiums were created using donated recycled household plastic waste with Worldwide Olympic and Paralympic Partner Procter & Gamble. Titled the Recycled Plastic Victory Ceremony Podium Project, the podiums were created with the purpose of showing the world the different ways in which a sustainable society can be realised, and engaged the whole population of Japan in the podium production process in an historic Games first.

Partner for the Recycled Plastic Victory Ceremony Podium Project, Procter & Gamble Company Japan, CEO and President Stanislav Vecera, said, “We would like to express our sincere gratitude to all who cooperated with this project that engaged the public for the first time in the history of the Olympic and Paralympic Games. P&G is committed to the principles of the Games and the realisation of a better society. We hope that this project will be an opportunity for people to feel that then even the smallest of actions by every individual can lead to change in the world.”

The podiums were designed by Asao Tokolo, the designer of the Tokyo 2020 emblems, and embody the emblems’ message of 'Unity in Diversity'. The podium sides feature a three-dimensional representation of the chequered emblem pattern 'ichimatsu moyo', a design in the traditional Japanese colour of indigo blue that expresses the refined elegance and sophistication that exemplifies Japan.

With the support of Professor Hiroya Tanaka of Keio University in Tokyo, an expert in digital fabrication techniques, the podiums were created using highly advanced 3D printer technology.

Tokolo, Designer of the Victory Ceremony podium: “I am so proud of the design and its concept, rooted in the word ‘connect’. I designed the podium in a pre-pandemic world, but I want to be optimistic about the possibility and the hope of people ‘connecting’ again despite the current reality of separation. I hope this project serves as a baton that runs toward the future.”

In addition, aluminium waste recycled from temporary housing provided in the regions affected by the Great East Japan Earthquake was used to create the Olympic and Paralympic symbols embedded in the podiums, in collaboration with Tokyo 2020 Gold Partner, LIXIL Corporation. In approximately nine months, 24.5 tonnes of recycled plastic—the equivalent of around 400,000 bottles of laundry detergent—were collected and utilised in the construction of the 98 podiums that will be used during the Tokyo 2020 Games.

The music that plays during the Tokyo 2020 Victory Ceremony is a theme that expresses the greatest respect for athletes, and embraces a range of emotions that they may feel as they are atop the podiums. The understated score was composed by Naoki Sato, one of Japan's leading composers, and aims to make athletes from all National Olympic and Paralympic Committees feel at ease during the Victory Ceremonies.

A strong melody line and simple arrangement ensure that emotion and suspense are maintained regardless of the moment when the medals are presented to the athletes.

Sato said: “The Tokyo 2020 Victory Ceremony music is an anthem for the athletes who are the heroes of the Games. It is a tribute to the Olympians and Paralympians who have overcome all kinds of adversity to participate in the Games, and is designed to accompany the moment when people around the world unite in praise and celebration of the athletes on the podium.”

Featuring a variety of musical styles, the recording brought together 144 leading studio musicians and members of Japan’s leading symphony orchestras. In addition, the recordings of the string and chorus sections were layered, with a total of 256 musicians contributing to the performance, a scale of which is rarely seen in Japan.

Based on the concept of modern ceremonial dress, the costume designs incorporate traditional kimono production techniques, such as ‘kasane’ (layering), ‘ori’ (weaving), ‘musubi’ (knots), and ‘so-me’ (dyeing), while also featuring the ingenuity of modern clothing design, such as cooling technology to make the wearer more comfortable in the summer heat.

To represent the diversity of volunteers who will carry the medals and escort athletes at Victory Ceremonies, the volunteers themselves can choose between trouser- or dress-style versions. Environmentally-friendly recycled fibres have been used to make the costumes.

The Medal Trays have been produced using recyclable thermoplastic polymer and bear a traditional Japanese fan motif. Indigo blue, the base colour of the trays, is the deepest of the Tokyo 2020 core graphic colours and intends to harmonise perfectly with the podiums and costumes. Costumes and trays were designed by up-and-coming Japanese fashion director Sota Yamaguchi.

Yamaguchi explained: "I designed the set of costumes based on the concept of ‘modern ceremonial dress’, suitable for a new era of sports festivals. Blending the emotional aspect of Japanese clothing with the practical design of Western clothing has allowed me to create comfortable and lightweight formal wear.

"In a nod to forward-facing Japanese craftsmanship, I engaged craftspeople and factories across Japan, using eco-friendly materials to produce only the quantity needed in the most efficient manner possible. I sincerely hope that all the athletes who will participate in the Victory Ceremonies will do so with enthusiasm, and the volunteers who wear the costumes feel proud of who they are.” 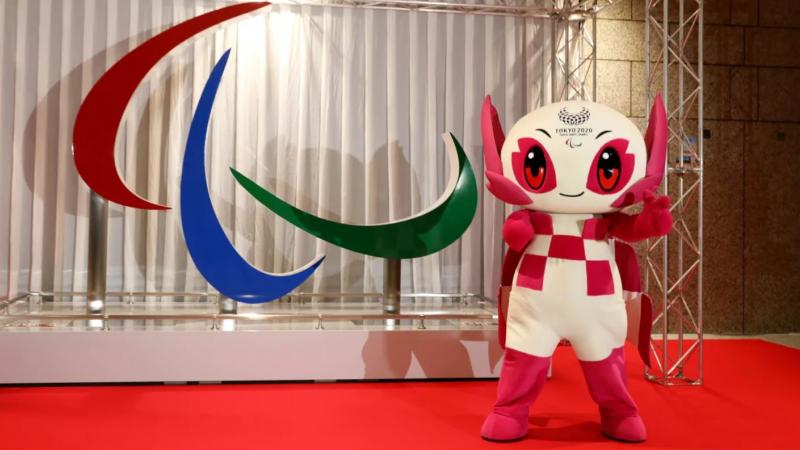 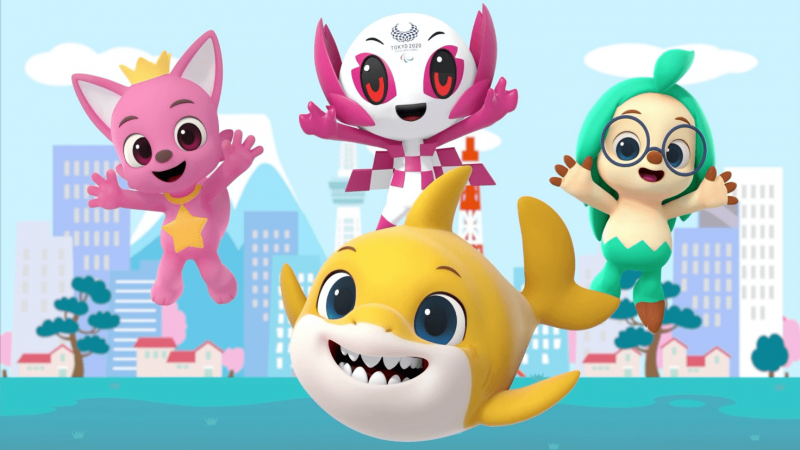