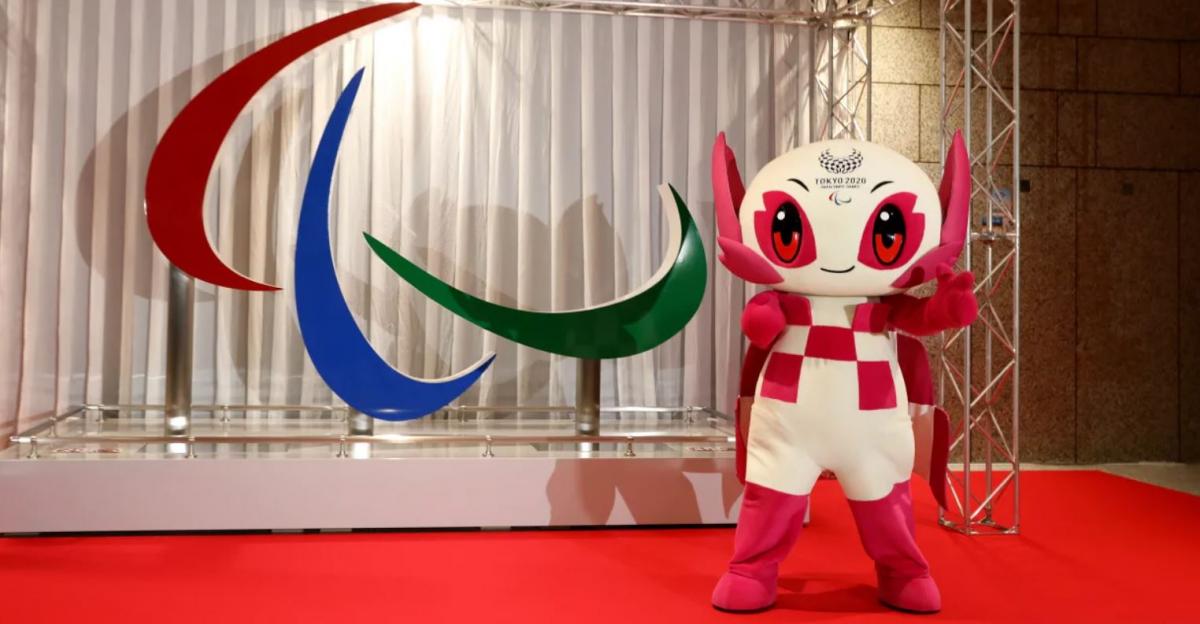 Tokyo 2020 and the Tokyo Metropolitan Government (TMG) have celebrated 100 days to go until the opening of the Paralympic Games with a special unveiling of the Agitos at TMG headquarters on Sunday (16 May).

The key milestone, a significant step on the journey towards the Games this summer, comes as thousands of Paralympic athletes worldwide ramp-up their preparations to compete across 539 different events in 22 sports from 24 August 2021.

"Agitos in Latin means 'put in motion' [and] 'keep going'. It is expressing the Paralympians who continue to take on challenges even in the face of difficulties. This symbol even holds a greater meaning today.

"Now that we are facing the [COVID-19] pandemic, it's a time that we will be moved by the act and performances of athletes who overcome their limits. I believe that it will bring hope and courage to the world."

After the unveiling, which was live-streamed to a global audience, Ebizo Ichikawa Xi took centre stage to perform.

Dressed in a traditional kimono, Ebizo - Japan’s most celebrated Kabuki actor whose decedents stem from Kabuki actors in the Edo period – performed the Sanbaso, a repertoire typically reserved to usher in the start of the famed Kabuki season.

This time, however, it was performed to signal the start of the countdown to the Games.

"The city of Tokyo is the first in the world to host the second summer Paralympic Games," Koike Yuriko said. "We aim to lead the Paralympic Games to success, and aim for an inclusive society for people with or without impairment to respect each other and support each other.

"There are people who are training and trying to [surpass] their records and I think these efforts by all the athletes are providing courage to us. We hope we can deliver the Games [so it becomes] the light of hope for many people. We will continue to work together to prepare for the Games.