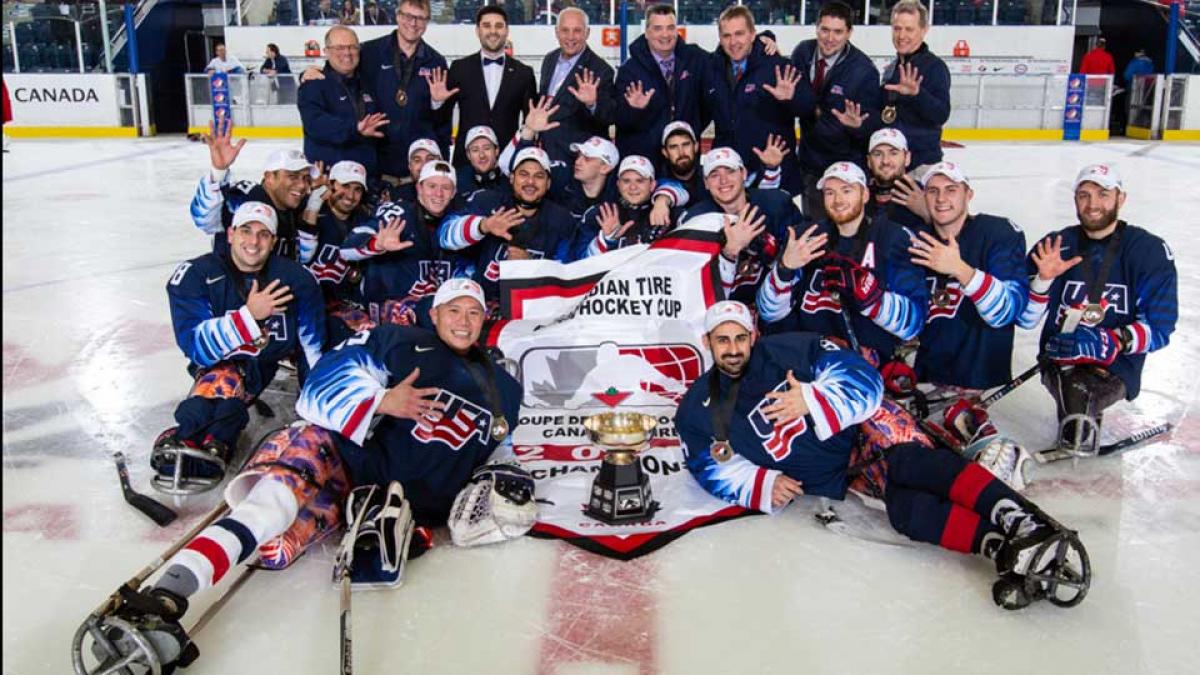 It’s the fifth gold medal in a row for USA, who have topped the podium at seven of the 12 editions of the tournament dating back to 2007.

Canada opened the scoring in the first period with a power-play goal from Rob Armstrong, who tipped in a cross-ice feed from Billy Bridges just 3:45 in.

The USA had a glorious chance to even up the scoring in the first with a long five-on-three, but Canadian goaltender Corbin Watson made several incredible saves on point-blank opportunities to keep Canada up a goal after 15 minutes.

The U.S. came out firing in the second, scoring two quick goals to take a 2-1 lead. Brody Roybal was first with a breakaway goal, beating Watson to the glove side, before Josh Pauls who cut into the middle and roofed it for the first U.S. lead.

The advantage was short-lived as Bridges and Liam Hickey scored 10 seconds apart to restore a one-goal lead for Canada. Bridges’ goal was a shot along the ice from the top of the right face-off circle, and Hickey took a pass from Tyler McGregor and stuff his own rebound home to make it 3-2.

Canada looked to take that lead into the second intermission, but Wallace fired a laser beam past Watson to tie the game with just 34 seconds left in the middle frame.

Kyle Zych tipped home a shot from Noah Grove 79 seconds into the third period to put the Americans ahead again, but McGregor pulled Canada even less than five minutes later, taking a gorgeous pass from Bridges and rifling it top corner to make it 4-4 on the power play.

The game-winning goal came off the stick of Wallace midway through the final stanza. On the power play, Sweeney won the face-off and tipped it over to Kevin McKee, who fed Wallace in the slot for a quick shot under the arm of Watson.

Canada pulled the goalie late looking for the equaliser, and nearly found it with a last-second shot from McGregor, but U.S. net-minder Steve Cash was able to turn it aside and secure the win for the U.S., who have now won 17 games in a row at the tournament dating back to 2016.