Czech defenseman Pavel Kubes will limit himself on social media this season so he can focus purely on the upcoming ice sledge hockey World Championships. 31 Jan 2013
Imagen 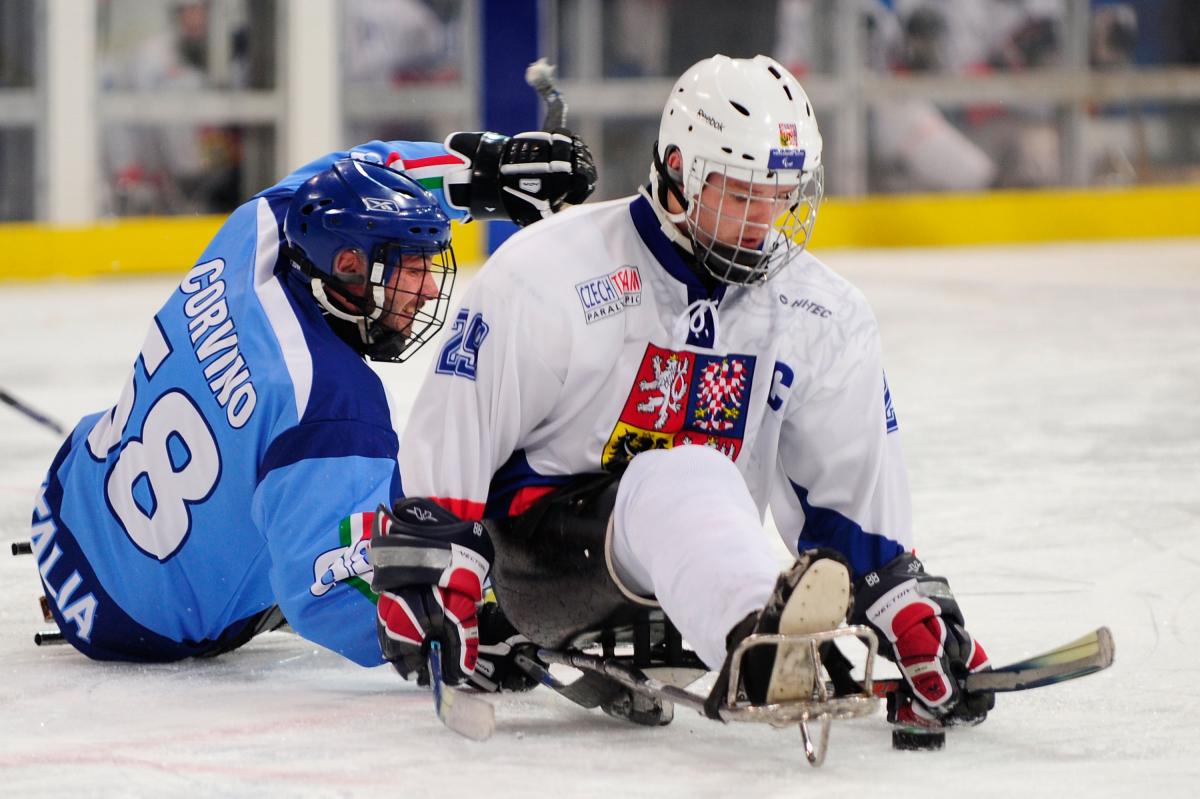 “We would like to succeed at World Championships so we can stay in the A Pool. We are attending regularly intensive trainings and working out personally in our free time to improve our physical condition.”

The Czech Republic’s top ice sledge hockey defenseman, Pavel Kubes, has been a workhorse this season, putting all of his efforts toward medalling at the 2013 IPC Ice Sledge Hockey A Pool World Championships.

At the Championships, which run from 12-20 April in Goyang, Korea, Kubes does not want to miss out on a podium place like his team did at last year’s event, where it finished fourth.

At their most recent major tournament, Kubes led the Czechs to a 3-1 record at the New Year’s Cup in Podolsk, Russia in December, only losing to the host nation. Their wins in Podolsk included a 3-0 victory over Sweden, an 11-0 victory over Great Britain and a 7-0 victory over Estonia.

He’s been spending all of his efforts on the ice and in the gym to ensure the Czech Republic not only finishes in the top five to qualify for Sochi 2014, but also to come away with medals around their necks this time around.

He said he’s limiting his presence on social media – and will not join the Twitter bandwagon – so that he can focus all of his attention on training and competing, in addition to spending time with his family.

“We would like to succeed at World Championships so we can stay in the A Pool,” Kubes said.

“We are attending regularly intensive trainings and working out personally in our free time to improve our physical condition.”

Loves to play against: Any team from Europe

Most memorable game: First game against the new-look Russian team

Pet peeve: The toughness that the Canadian ice sledge hockey team plays with

Keep my medals in/at: They hang on the wall in my garage.

Worst-ever haircut: Bald. It was because I had to after we finished in second place at the European Championships.